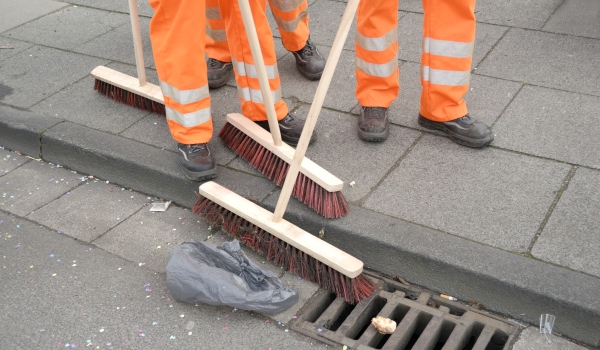 America’s best idea is in trouble, and I don’t mean our national parks. Yes, our parks are closed, which is a crushing disappointment for millions of would-be visitors and an economic gut-punch for neighboring communities — to the tune of $76 million dollars a day.

But what’s really under attack is something even older than our national park system: our democracy.

How did we reach a point where one fraction of one party that controls one chamber of Congress would drive our government into the ground if it doesn’t get everything its members want? ‘This shutdown is like a firefighter standing on the hose to stop the rest of the company from putting out a blaze until he gets a million-dollar raise — all while the building burns.

We didn’t get here by accident. It’s the result of a systematic attack on basic democratic principles by a handful of people who have no interest in a functioning democracy. While there is no excuse, there is an explanation.

It starts with big money. The Supreme Court’s Citizens United decision opened the floodgates for a tidal wave of corrupting corporate money into our system. But where is the money coming from and where is it going?

Huge amounts are from polluter-backed groups, which spent more than $270 million on television ads in just two months of the 2012 election — and that explains why Congress has taken more than 300 votes attacking clean air and water. The same people who are poisoning our democracy are also determined to poison our environment. It’s no surprise that 80 percent of Americans agree that political money is preventing our most important challenges from being addressed.

At the same time, special interest groups are spending millions to keep anyone who disagrees with them away from the polls and out of office. No sooner did the Supreme Court gut a key part of the Voting Rights Act, that state houses with Republican majorities pushed through suppressive legislation to keep young people, seniors, students, and people of color away from the polls. It’s no coincidence that those are the same citizens who have voted against them.

These challenges have led the Sierra Club to team up with the NAACP, Communications Workers of America, and Greenpeace to form the Democracy Initiative. Our goal is to build a movement to halt the corrupting influence of corporate money in politics, prevent the manipulation and suppression of voters, and address other obstacles to significant reform.

Challenges to our democracy might get even worse. We’re fighting a frightening Supreme Court challenge to campaign finance limits that would allow individuals to write million dollar checks to buy influence, brought to the court by Shaun McCutcheon — a coal company CEO.

Only about 1,200 people came close to reaching the spending limits McCutcheon wants overturned — and a good number of them are oil, gas, and coal executives, from the sectors that directly contributed $40 million in 2012. Give them free rein to write whatever size of a check they want, and we’ll see that number skyrocket.

The faster that money pours in, the quicker the voices of ordinary Americans are drowned out. We can’t let that happen. And we won’t. They may have millions of dollars, but we have millions of people. And, thanks to efforts like the Democracy Initiative, we are organizing and coming together to make sure our voices are heard.

If we want to see more shutdowns and debt crises, then we should maintain the status quo. If we want more attacks on our air, water, and climate, then all we need to do is turn away in disgust at the political posturing. But if we want to restore a democracy that works for Americans and will preserve a healthy planet for future generations, it’s time to stand up and fight back.

Previously published on otherwords.org and is republished here under a Creative Commons license.