Diversity in tech has been a major topic of discussion over the past few years. The discussion has become a lot more heated since former Google engineer James Damore released his memo, which was critical of diversity initiatives.

These discussions are long overdue. Most people inside and outside the tech industry acknowledge that more women are needed in the ranks of engineering and science jobs. There are many reasons that having too few women in tech has been harmful. One problem is male tech employees lack an understanding of their female colleagues. This is especially problematic in health professions, which has led to problems like the Taxotere lawsuit where women were suffering from hair loss. This lawsuit may have been prevented if female scientists worked on the project and understood the need to deal with side effects for female patients. However, progress requires a nuanced understanding of the issues.

Unfortunately, some of the solutions that well-intentioned advocates have made are not going to be helpful. Others are completely on-point. We need to take a close look at the details and make sure that the reforms that we are proposing will be more sustainable and lead to a harmonious relationship between male and female employees in STEM.

Here are some things that need to be discussed, as we strive to increase female representation in the tech industry.

Diversity training must be tailored to tech employees

Diversity training is necessary to promote gender inclusiveness. Companies in every industry are starting to realize they need to invest in it. It is particularly important in environments that are predominately male because they tend to be more susceptible to toxic masculinity.

Misogynistic attitudes tend to be even more pronounced in the tech industry than many others that are dominated by men. Men that work in tech often have less experience socializing with and dating women. Many of them weren’t as active socially in high school and often attended colleges or enrolled in majors that had little diversity. Their inexperience with women often makes it more difficult for even well-meaning men in tech to navigate social boundaries with female colleagues. This isn’t meant to be an excuse for their behavior, but rather an acknowledgment of a problem that needs to be addressed.

Diversity training must be more carefully conducted. Training programs that focus on sexual-harassment must cover a wide range of scenarios so that men in tech understand the nuances and can better see the lines between acceptable behavior and sexual harassment.

Diversity advocates often come to the same harmful gender assumptions they claim to be against. One example can be shown by some of the claims referenced in a study by Professor Allison Wynn of Stanford University.

Wynn offered some prescriptive solutions that tech companies can make to make sure that their recruiters appeal to more women. A lot of her solutions were impractical and based on harmful assumptions of gender norms.

One example is the argument that Wynn claims recruiters discourage women from applying to the company by making it seem like a “competitive environment.” This argument strikes me is incredibly sexist. I am not alone. A former business partner of mine, now a female VP of marketing for a tech startup, says it is unfortunate that this view is coming from a female professor that claims to be a champion for women’s rights. There are two serious concerns with this view:

Another harmful argument that the author of that study made was recruiters should stop making references to “geeky” topics to get more female employees to join their company. The author would have a valid point if their position was limited in scope and focused on the more sexist elements of geek culture. Companies should make it clear that references to underdressed women at ComicCon or other harmful statements that often arise from geek discussions are not tolerated.

However, making blanket statements about barring any references to geeky topics is both unnecessary and counterproductive. First of all, it is again rooted in a harmful assumption about gender differences. It is predicated on the belief that women cannot share the same unconventional interests as a man. If that was the case, there wouldn’t be a surprising number of women that play role-playing games or participate in LARPing activities. There is no reason to believe that discussions about these topics are going to make women feel uncomfortable, as long as they are conducted in a way that doesn’t involve toxic masculinity.

Companies that want to create more inclusive environments for women must get the support of their male employees. While many male employees may harbor toxic masculine tendencies, they are capable of understanding the need to make changes to make their female colleagues feel more comfortable. However, you will foster resentment and lose their support if you force changes to the company culture that do not actually have a constructive impact. This means that changes to the company culture must be limited to reforming areas that encourage sexual harassment or breed other forms of toxic masculinity.

Initiatives should focus on the pipeline problem, not setting quotas

Vidya Narayanan a former female Google manager that started her own startup wrote an insightful critique about the tech industry’s poor approach to dealing with diversity. She stated that most efforts focused on artificially meeting quotas. She admitted making the same mistake in her own startup.

The problem is that women make up a small percentage of applicants. In order for an individual company to meet a higher quota, they must accept employees without regard for merit. Narayanan mentioned that this approach never worked out, which only hurt the impression of women in tech.

“We try hard, but again find ourselves with a 98% male candidate pool. You should know that we are an early stage startup that cannot afford market salaries. Despite that, we paid premium salaries to bring a few women who did well in our interviews. But, they lacked the energy to put us into overdrive. Worse, they were starting to drain the energy from the rest of the team. Eventually, we had to do the right thing for the company and let them go. I’m now back to being the only woman on the (tech) team.”

Narayanan says the right solution is to focus on the pipeline problem. Young girls are often discouraged from pursuing careers in tech at a very early age. Even by high school, it may be too late to make the field seem more interesting. Encouraging an interest in tech at an early age is the real solution to bolstering diversity in the tech workplace. 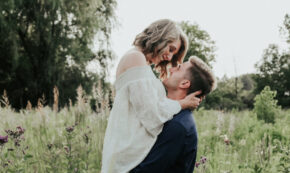 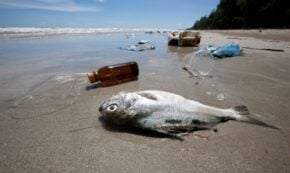 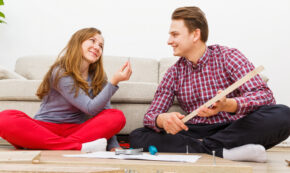