Get Daily Email
Join/Login CLOSE
Home / Technology / What Happens When a Samurai Trains a Sword-Wielding Robot? 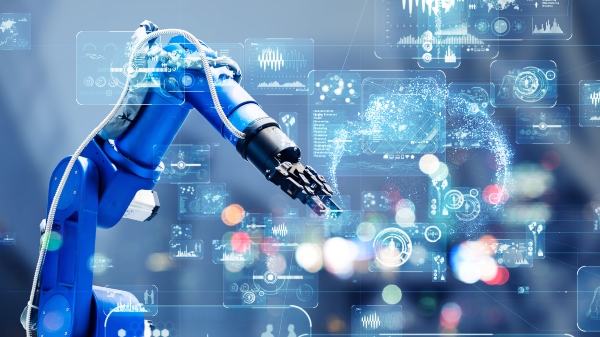 Here’s a story about how humanity is seemingly hellbent on creating sword-wielding robots. Shocking? Yes, but the video evidence chronicles our repeated efforts to do just that. Like a father trying to teach his child to throw a ball, we cannot help but give our metal prodigies a sword and mentor them in the art of the swordfight.

Just how far are we willing to go? Let’s explore efforts to date to find out.

At the 2011 IEEE International Conference on Robotics and Automation (ICRA) in Shanghai, the Japanese robot manufacturer Yaskawa put on a dueling demo with two robot arms. Inspired by the Star Wars films, the robots were equipped with lightsabers to demonstrate their fluid motion.

At that same conference, Georgia Tech researchers presented their efforts to program a robot for defensive swordplay. Stating, “In order to deploy safe and flexible robots for service and automation, robots must act safely in close contact with humans,” the researchers basically programmed the robot to see humans as adversaries.

In 2011, Stanford students released details of JediBot, a robot arm that can swing a toy lightsaber once every 2-3 seconds to block attacks. It was developed as part of an Experimental Robotics course and utilized a simple Microsoft Kinect sensor for visual tracking.

At a 2013 exhibition, the Swiss company ABB Robotics demonstrated the precision of its industrial bots by equipping two with katanas and having them square off. The end result is something more akin to the grace of a ballet than the drama of an opera, but it offers a glimpse of what sword-wielding robots can do.

Early this spring, the Namiki Lab at Chiba University in Japan published a paper called “Development of a Sword-Fighting Robot Controlled by High-Speed Vision” detailing how they’re training a robot to engage in more responsive sword play, albeit with a foam sword. The researchers developed a stereo high-speed vision system to recognize the position of the swords to parry the efforts by the human, as seen in this brief video.

And now like so many tales, it comes full circle.

Yaskawa just recently released a video showcasing the Bushido project, in which it tracked the movements of legendary iaido master, Isao Machii, and programmed a Motoman MH24 robot arm to square off in a 5-stage competition with the swordsman. That’s right, it’s a battle straight out of anime: a Samurai competes for honor against a young upstart (which happens to be a machine).

It’s an interesting journey to see five years of robotics development centered around human-robot interactions. And obviously, a sword-wielding robot is not really about instilling terror into humanity. It’s about safety.

For humans to work around machines, people need to feel comfortable and that there’s low risk for injury. In an industrial setting with robots, they must have confidence that it knows what to do, what not to do, and is responsive to human actions, including the random or unexpected acts that inevitably occur. That means robots must have precision, control, and continually monitor their environment closely.

As researchers and companies continue to press forward on creating robots, it’s clear we won’t be satisfied until humanity has created the four-lightsaber wielding General Grievous.