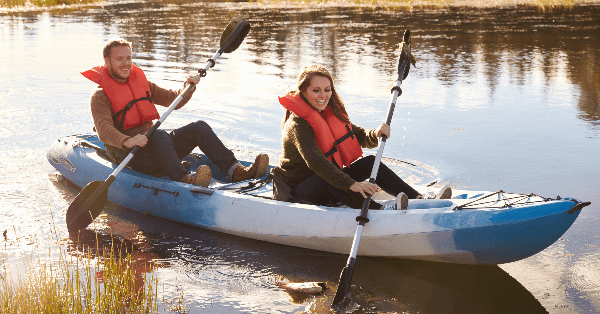 Google claims the twelfth-anniversary gift should be made of silk, linen, or pearls. My wife’s kayak was polyethylene.

“Tandem” originally referred to colts, harnessed one behind the other. For a kayak, paddler one sets the pace, number two primarily steers. Sounds like a metaphor for marriage, I told the outfitter, who grinned: “We call this here ‘The Divorce Boat.’”

She and I did fail at synchronized strokes, but we were as gentle on each other as the water, resting in silence to watch the herons. So two in union may paddle again, down the one river that’s never the same.