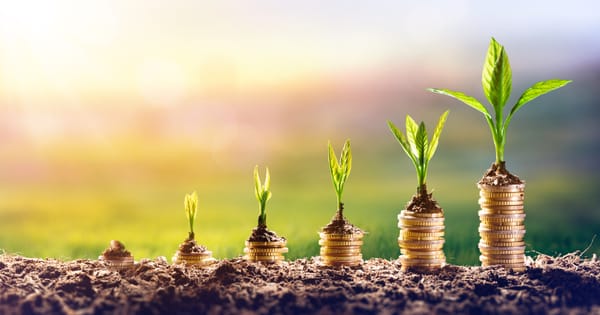 Long term investing is easy. However, there is a lot of distracting, short term investment advice floating around these days. One of the most popular cliches is to, “buy low, sell high.”

Sounds like a winning proposition, but there is a problem with that strategy. No one knows when the market (or a stock) is “low” and when the market (or a stock) is “high.” Better advice is to “buy now, sell much later.” In other words, focus on long term investing and ignore the day to day. This way, you will guarantee you are buying low (now) and selling high (in the much distant future).

Trying to time the market (buying low now and selling high shortly afterwards) is gambling. Buying the market now and holding it for a long time period is investing. I don’t know about you, but I’m here to invest, not to gamble.

Still on the fence? Let’s look at some examples of when people knew exactly where the market was going to go.

Proof You Can’t Time the Market

So, what’s the point? Why are we traveling back in time 10+ years?

Let’s look at what some of the experts were saying in September and October of 2007 – when the market was at its then all time high and about to take a drastic downturn. While it would be nice to think everyone was smart enough to pull their money out at the exact right time, unfortunately, that was not the case.

The End is Far:

The End is Near:

Here’s the point. I’m not saying anything about the New York Times, CNN, Seeking Alpha, CNBC or the authors of any of the articles. All are fine media outlets (and I’m sure all authors had thorough research to back up their claims). I’m just saying that none of them had any idea where the market was going to go. Some just happened to be right (lucky) and the others wrong.

If you google news articles from that time period (early/mid 2007), you’ll likely find hundreds of other examples of some folks predicting the market to rise, and others to fall. More evidence to not look at your investments in the short term unless needed, let alone trade them.

Even today, with the S&P 500 returning it’s first negative year since 2008, no one knows what is going to happen:

The Market will Surely Go Up:

The Market will Surely Go Down:

With the near future unclear, it only makes sense to ignore your investments in the short term and focus on long term investing.

How about, “buy now, sell much later.” Ignore the day the day fluctuations of your portfolio, and focus on long term investing.

Taking a look at the past 40 years, the only thing that appears certain is that over the long run, the market tends to go up. $100 invested in the S&P 500 40 years ago would be worth roughly $2,500 today (not adjusted for inflation).

There is no better time to start than now. If you own the right investment vehicles and are properly diversified, you can weather any short term storm and come out the other end a little richer.

Don’t just take it from me though, check out what some real experts have to say about buying and holding for the long run.

John Bogle, an investing legend and pioneer, offers some great advice that is recapped in this New York Times article. One of his five pieces of advice is to, “Stay the Course.” He goes on to explain that, “Wise investors won’t try to outsmart the market… They’ll buy index funds for the long term, and they’ll diversify.”

Warren Buffet, one of the most successful investors of all time, constantly advises investors to be long term investors. This Motley Fool article recaps some advice from a recent Berkshire Hathaway Annual Meeting. In short, Buffet is for long term investing, “Many investors still focus too little attention on the resiliency of the U.S. economy and too much attention on the day-to-day profit and loss of their investments.”

Even Mark Cuban, who is seen as more eccentric than other boring, long term investors advises in this Market Watch Article, “The key is living within your means. Saving money and putting some into a low-cost mutual fund — like an SPX fund — and living as inexpensively as you possibly can, will pay off dividends.”

Take it from the pros. Find some low cost index funds or ETFs and focus on long term investing.

One other quick note: I know, this article is titled, “Don’t Look at Your Investments!” You shouldn’t, mostly. The only times you should are: