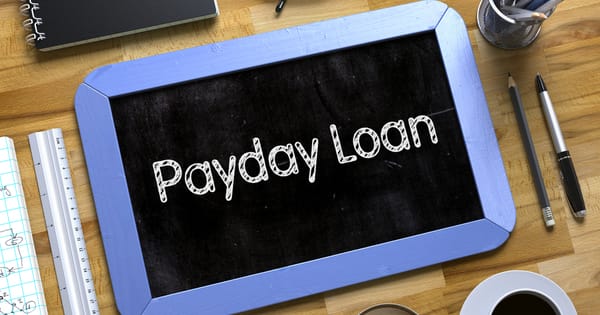 News that another payday lender has departed the industry will be celebrated in most quarters across the UK(1). The only group likely to be greeting the news with utter disdain are those pursuing refunds and/or compensation for being mis-sold loans. For this group, the hopes of getting any money back seem to have run their limited liability course.

QuickQuid, the trading name of the US company Enova, announced it’s liquidation a month or so ago – following a deluge of compensation claims. The same fate had already befallen the two largest lenders in the UK, Wonga and Dollar Financial Group (The MoneyShop, PaydayUK) – in October of 2018. Both citing the level of refunds for exiting the industry. There had been a long-running disparity of whom should be paid, between the lenders and the governing body, the Financial Conduct Authority (FCA)(2). The numbers eligible for compensation claims and the eventuality of bankruptcy must have been known to all those involved, explaining the to-ing and fro-ing all lenders had with the FCA over the time periods customers were eligible to claim for. With the bosses at QuickQuid almost certainly knowing the level of compensation being faced, last year the company racked up 10,400 complaints. When Wonga went into insolvency it was facing over 40,000(3).

Ironically for all the lenders that have now departed, it wasn’t legislation or regulation that brought them to their knees, but claim management firms chasing them for compensation(4).

The Story of Wonga

Wonga was the poster child of the payday loan sector. Abhorred by the media and public to equal measure, the lowly short-term lender reached fever-pitch levels when the financial crisis of 2007 took hold and later ballooned it’s yearly revenue to £185 million in 2011. Sponsorship of the Premier League football clubs, Newcastle and Blackpool, were to follow, as was much derision from journalists over their eye-wateringly high Annual Percentage Rates (APR). In 2014 the loans offered by Wonga carried an APR of 4,214% – this was the highest in the industry and explained away by the company as ‘misrepresentative’ due to Wonga’s lending model allowing borrowers to repay over shorter periods than the 30-days offered by other payday lenders(5).

What amazed most was that it lasted as long as it did. In 2014, after rules and regulations were established by the FCA, Wonga was ordered to write-off loans for over 330,000 borrowers. This was after the FCA uncovered industry-wide malpractice in affordability checks for borrowers. The intervention of the FCA, put a cap on all payday loan interest rates and limited the amount a borrower would face for late or non-repayment(6). The new practices established by the FCA put a lot of lenders out of business. Wonga, with an impressive 30% share of the market, carried on until 2018. Where, with accumulating compensation claims and incessant wrangling with the FCA, declared themselves insoluble and called in the administrators(7).

Prior to 2007, and a cascade of lenders entering the market, a’la Wonga’s heyday, those in the market for a high-interest, short-term loan, had little choice but to turn to shady lenders. Banks on the high street had little to offer these under-paid, cash-strapped customers/ With online loan lenders filling a gap that was previously undefined(8). These new websites, however, carried on their business in daylight hours, through television adverts and social media campaigns. The terms for the loans, although extortionate, were transparent and clear for all to see. Nor could customers complain that they weren’t displayed prominently enough. The payday lender, Wonga, eventually drew heavy criticism from MP’s and questions raised in the House of Commons(9). The company even managed to stir the Archbishop of Canterbury into action, who publicly condemned the practice and vowed to put the lender out of business(10). This from a company who had started it’s incarnation winning awards – for innovation no less, while also being at the receiving end of several rounds of private equity funding – some from reputable charities(11).

Wonga came shortly after a new millennium, perhaps a more naive time. Money was being pumped into online business models and Wonga’s was thought of as a good one. The company received its equity seed funding in 2006 and their first full round of funding in 2007(12). The area of online lending was very new, the product offered by Wonga was regarded as innovative, even helpful at this stage. Among some of the first backers were Balderton Capital and Goldman Sachs.

The End of the Line

The end of the payday lender, although it would seem inescapable, is perhaps not as close as some would like. While new business models have been noticeably lacking, the demand for payday loans, although declining, is still present and at reasonable numbers. Indeed, it is true that Wonga only went into administration as their revenue had decreased so much that they were unable to cope with the level of compensation claims, but that hasn’t stopped 807,723 payday loans being issued in the UK in the third quarter of 2019(13). While this is down considerably on the same time last year (and previous years) the numbers still using payday loans are noteworthy.

Newly formed companies now entering the market are sure to face lower levels of complaints and claims as new faces on the block. It’s even logical to conclude that they will also have a welcome gift of shoring-up the business left, by what were the three largest lenders.

What We Need to Change

Even with the exiting of the villains of this piece, we are left with an industry that simply doesn’t care about its customers. The old lenders will be replaced by newer ones, and the money behind the crest-fallen companies that stood before, will re-emerge under new legal entities. Are lessons learned and better models established or simply rehashed and rebranded?

The motivation of a firm from the bottom through to the top will be the guide on what they stand for, and will quickly cut through any corporate buzzwords or slogans designed to sell you a high-interest loan. There are now new affordability checks in place for all lenders thanks to the FCA – which is an improvement, but an industry designed to sell you your money back – at a higher rate, will always fail to deliver any type of value to its customers. A rose by any other name… applies to the payday loan industry.

Designing a product that benefits both the company offering it, and the consumer taking it, must be the focus. But in a world where the drives of the corporate pockets are larger than those that fill them, we could just as well be destined for a dud.

The industry owes it to itself to work smarter and harder for consumers. Offering a product designed to put you into a payday loan debt trap(14) is far from the type of help consumers need. The obligation for reform can only come from the enders operating in the sector, as has been shown by the introduction of the FCA – a governing body whose mandate is fines and licensing. The cap on payday lenders was welcomed, but further laws should/need to be put in place to force a resolution to the problem of payday lending. One that the FCA has, surprisingly, not done. The problem of market capitalism again rearing its head, group-dialed with that of power and money.

What is clear from data(15) on payday loan users is that they will often go from firm to firm applying for loans if refused elsewhere. While one website’s system rejects the applicant, another’s will give them the green light. Someone will always say ‘yes’ if the borrower is persistent enough, and this can be stopped. An industry-wide initiative to stop the lowest-end users, who have no place using the service and borrowing money could be implemented – at a slight cost. This would close out anyone that shouldn’t be lent to. This isn’t out of the realms of reality – we are not talking about flying skateboards here. But, again, there is little in the form of enticement or reward for the companies within the sector to even consider this an option. Putting customers into debt cycles must stop, but, with the old model not so much changed as tweaked, the cycle is sure to continue with those that cannot afford them.

What is clear and has been demonstrated, is the demand for short-term credit, something we can only hope the Tech giants, the likes of Google, Facebook and Amazon etc. have also noticed. For it would be reasonable to think that if anyone could offer loans at zero percent interest, it would be the largest corporations in the world.

There are sure to be more twists and turns to this market, but what is clear is that if we do not start to support the poorest in our communities, in the forms that they need, we will see them suffer at the hands of market greed. Few borrowers turn to these loans out of choice, but mostly because of necessity. As the ones observing this, shouldn’t we give it our attention?

This content is brought to you by Niall Rice.

Niall Rice is a business owner and writer. Currently living in London, he is a strong advocate for free speech and discussion around all subjects, especially vaccinations and western healthcare practices. 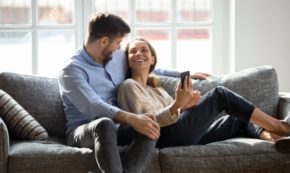