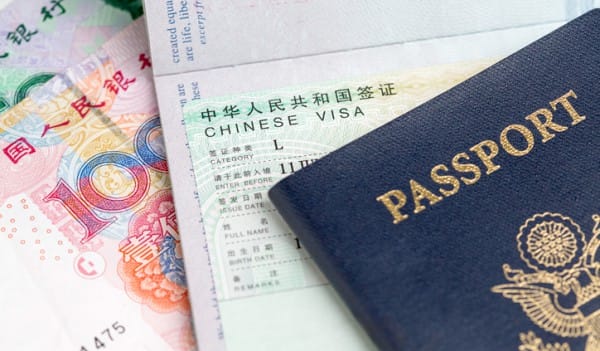 You have to give it to China, she plays a hard game of holding on to her sons and daughters. When we applied over two years ago to renounce our son’s Chinese citizenship, we had assumed it would take a few months and that would be that.

That is never that when it comes to Chinese bureaucracy, or any bureaucracy for that matter. For most parents of mixed-nationality kids in China, I suspect citizenship renunciation is an unnecessary step. This is particularly true if you’re planning long-term residency, your child is fully registered in the hukou system, and if you are living in or near your Chinese spouse’s hukou region.

Living outside of these things though, as we do, is tres mafan. Not being in the hukou system, means our son cannot get a Chinese passport. He can however get a temporary travel permit that allows him to leave China, and then he can travel elsewhere on his wonderful [look-look-stamp] Canadian passport. However, the temporary travel permit can only be applied for in the hukou region of his Chinese mother — a jaunt of 2,000 km from where we live (note: there has been some headway in changes to this policy, and so it may actually be possible to apply outside the hukou area now).

This is all to explain why we even bothered. It was meant to be a 6 month process that would prevent us from needing to travel 2,000 km out of our way every time we wanted to take a trip outside the PRC. What it turned into was a bit more of a headache.

After two years, an occasional “hey, what’s going on?” phone call, and frequently forgetting all about it; we received word the application had been processed — our son was no longer a citizen of the People’s Republic of China. After getting the official looking certificate stating the renunciation, we promptly headed to the local PSB office to apply for a visa for our now Canadian-only son — a process that should be simple, as his mother is Chinese and thus he is entirely eligible for a long-term Q1 Visa/residence permit.

Some provinces don’t allow or process citizenship renunciation, and so the desk PSB officer had never seen anything like this before. After screwing up his face at the document and conferring with his senior officer, he explained that because my son’s passport didn’t have an entry stamp into China (as he could not have, being that he was viewed as Chinese, and thus couldn’t enter China as a Canadian using a Canadian passport) he couldn’t issue us a standard visa. Instead he gave us a 6 month Visa-That’s-Not-A-Visa (which I believe is technically called an “FU Visa” … it’s not, don’t go asking for that) and told us that we would have to leave China, get a new visa, and return with an entry stamp before they could process the appropriate visa.

I e-mailed a few agencies, and the ones that got back to me were a bit unsure about our FU Visa, and seemed to feel sure we’d need to head to Canada to get it done. But, with all the confidence that a China PSB officer can instill in me, we headed to Hong Kong regardless. As we had some other stuff to do in Guangzhou, we flew into CAN and then took the train from Guangzhou to Hong Kong. I can’t recommend this route enough. I know you can take the bus to the border, and then do the walk-across, but why? With the train you handle all your customs/immigration stuff just as you would with a flight and then you get to sit in a spacious seat with a nice view for the whole ride right deep into the SAR — all for ~150RMB.

I suspect that agencies handling China visas are the only thing in Hong Kong that outnumber 7-11s, and so I wasn’t wanting for choice. I decided to go with the slightly pricier CTS, as it is PRC government-run and I’d hoped they would be a little bit better at handling our special circumstances. I was happy to find that getting off the train at Hung Hom station, there was a CTS branch waiting for me. My hopes were quickly dashed though when the agent reviewed our documents and informed me that I’d need to head to the Chinese embassy in my home country to get it done. She did, however, suggest I head down to the CMFAPRCHKSAR first thing in the morning as a last-ditch effort.

Most of what I’d read about the China Commissioner’s Office indicated that there were long waits in lines, and it was a muddled blah of bureaucracy. In hindsight, some of that may have been visa agency sales pitching. So after a nice night chilling on the awesome Lamma Island with a friend, we headed to the Commissioner’s Office first thing in the morning. By this point I had pretty much resigned myself that this was an annoying formality and that I’d be buying tickets to Canada by noon. Dreading the awkwardness of dealing with Chinese bureaucracy and needless line waiting for not, I had strongly considered just outright skipping the step and grabbing a flight. I’m glad ration overruled emotion, and I stuck with it.

The process of getting to a visa officer is divided into two parts:

First you wait in a line to get into the building. Even arriving at what the official Web site calls “peak time”, we didn’t need to wait longer than 20 minutes or so. Security is strict though, so before getting into line it’s best to check with the attendant at the door for what you cannot bring in (umbrellas, liquids, etc.). You have the option to ditch your stuff in the unsecured pile at the door, or just go around the corner to a “left luggage” service and check your bag for $20 HKD.

After you get in the building, go through the security check and head up to the 3rd floor, you reach an attendant who quickly reviews your application and confirms you have the most obvious stuff you’ll need. He then gives you a number and you wait again. For us (with about 15 numbers ahead of us) it took about 20 minutes. I was impressed with the waiting room, as it was less “Mainland” than I was expecting. The downstairs throttle line keeps the place organized, relatively crowd free and there is plenty of comfortable seating.

Getting up to the window dispelled another fear I had — that I wouldn’t be able to communicate with the officer. Just like virtually everyone else in Hong Kong, she spoke English without a hitch. I explained our situation, she took a long look at my son’s FU Visa and excused herself for a couple minutes. She came back, asked for more documents (copies of birth certificate, parents’ IDs, renunciation certificate, etc. — all stuff anticipated), stamped a few things and said I could pick up the visa in a few business days for $200 HKD. The tension I had been holding since the day before immediately dispelled, as I realized I’d just averted this visa costing me about $4,000 CAD. Snapping back into things, I decided to push my luck and ask if there was any way I could get it faster; of course there was, for an extra $300 HKD I could get it the next morning.

Not only had a saved my self a bundle by not flying to Canada, I had also saved myself a (smaller) bundle over the CTS Visa Agency path — as they wanted around $1700 HKD for the exact same next-day service (or about $1100 HKD for 2-day rush).

And so, after another night on Lamma Island, and a slightly later start than the day before, I returned to the Commissioner’s Office — surprised to find no line at all outside — and picked up my son’s freshly minted visa. Unlike the day before, when picking up, you don’t need a number, but rather you just give your receipt to a cashier at one of the first two windows, pay and collect your visa at the next window.

(*it’s more for multiple entries, but as our entire requirement was simply to get back into China so that we could get the typical family-member residence permit, which is long-term and features unlimited entries, we didn’t need anything more than a single entry — cost table here)

I have to admit, it was sort of a neat feeling when upon re-entering China both my son and I were required to go to the same “Foreigners” line. This whole process was a hassle, and isn’t going to save us any travel headaches (as in the time since the renunciation application we’ve had another child — and thus half my family remains mired in Chinese hukou muck), but perhaps if someone else finds themselves in a similar situation and they stumble across this page, sharing our experience will be of some service.

If nothing else, it was a good excuse to hang out in Hong Kong for a couple days. How great is Hong Kong. It is almost everything that is awesome about China, without hardly any of the suck. I think I’ll submit that with the HK tourism bureau for their official slogan.

Just a quick update: After posting this, I received some feedback from others in similar situations and instead of renouncing citizenship they simply obtained an exit permit — a little blue book that works in lieu of a passport for a Chinese citizen with a foreign passport to get out of China — returned to their home country, and got a family visa at the embassy in their home country (the country of the child’s non-Chinese passport). Though I haven’t confirmed this, I suspect this is limited to children who have not been registered on their Chinese parent’s hukou. Once registered, I doubt this would work, as they are “in the system” and thus the Chinese embassy couldn’t issue them a visa, just as the PSB office in China can’t. If anyone has any information in support or to the contrary of this, please let me know in the comments.