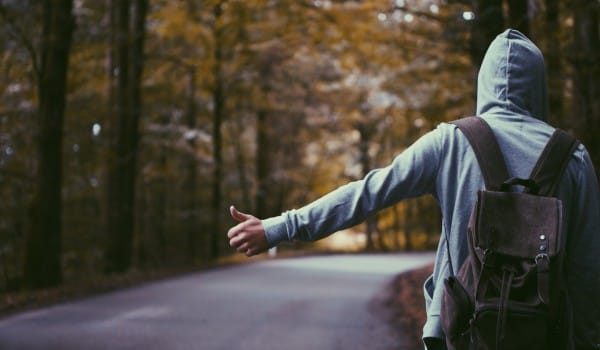 So, this entry isn’t really an “entry” per se, but rather just a quick update incase I get abducted when I attempt to hitch hike to Manchester tomorrow and am swept off into some human-trade slave organization – in which case I would not get to do an update, and I’m sure you’d all be distraught – so, I’m doing it now.

I’ve spent the last few days in Woodbridge on the east coast of England. Departing London was painful, as I’ve made such awesome friends there and hopefully I’ll be able to see them again soon. I’ve been staying with Ruth’s mom and sister. They are great!

Tomorrow I’m off to Manchester. I spoke to Dani last night for the first time. She is the girl that I met through Globalfreeloaders who is putting me up in Manchester for the weekend. She, incidentally, is from Fenwick! Crazy, small world we live in! I’m pretty excited to meet her, and it sounds like I’ve got an exciting weekend ahead of me – assuming I get there.

I’m not exactly sure what I’m doing tomorrow. I mean, I’ve never hitched before… so this will be interesting. I bought a Britian A to Z road map guide, and I have a rough idea where the highway is… so… wish me luck!

I went into Ipswich today, which is actually a city of some size. It’s not huge or anything, but it’s bigger than I thought. I went to their two museums and learned all about the area as well as a bit of English history. It’s weird being in a place that was heavily bombed during World War II – very interesting stuff.

Alright, me and Sarah Joy are going to go see if the little store across the street has any movies we both find agreeable.

This post was previously published on Ryan-McLaughlin.com and is republished here with a Creative Commons license.