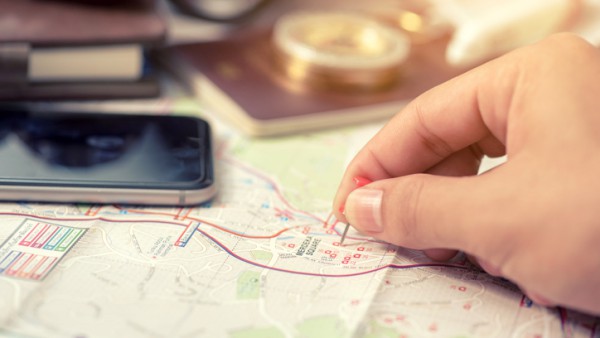 I had the good fortune to interview Rob Thomson the other day and can’t stop thinking about travelling.

Rob, for those that don’t know, just broke a Guinness World Record skateboarding 12,000 km unsupported. His journey started in Switzerland and took him over Europe, the US and the width of China – beginning in Xinjiang and ending just over a week ago in Shanghai.

My interview with Rob drummed up some interesting comments from his well-travelled fan base on Lost Laowai, including an e-mail from Alastair Humphreys.

All of it has got me thinking about my own travels, however tame they are by comparison, and how much I’d love to do something like that again.

It’s funny in some ways. Many, I think, would look at a person living overseas and think they are in the middle of an adventure already, and for some they surely are. But after nearly four years here in China, I’ve settled into a groove, gotten married, bought a dog and eat pizza delivery – a bit far away from hiking the Amalfi coast, raving in Thailand, camping on an island with a bunch of monkeys, and checking out the Greek countryside from the precariously perched monasteries of Meteora.

Often when I start thinking about heading out and putting a few new pins in the map I start thinking of all the reasons that it’s difficult now and why I can’t or shouldn’t. I say to myself that life is different now – I’m older, I’m married, I’ve got a dog, and delivery pizza…

It pains me to think the words. To, at least in my mind’s ear, hear them said. It’s, almost verbatim, the speech I heard a hundred times from a hundred different people upon returning home after backpacking for 5 months. A speech that always started with “Wow, I envy you. I wish I could go do it.”

Well, I guess my response is as good for me now as it was for them then. You can. I can.