Get Daily Email
Join/Login CLOSE
Home / Uncategorized / Using Anger as a Tool and Not a Weapon: An Interview With Arun Gandhi

Editor’s note: This piece has been substantially edited since it was published. The previous version was inadvertently truncated.

—
Over the weekend I had an unexpected and extraordinary experience as I found myself sitting on a sofa in a suburban Philadelphia historical site next to a man who had lived for two years beginning at the age of 12 with his legendary grandfather. Arun Gandhi is the grandson of Mahatma Gandhi and he took up the mantle of peacemaker who speaks to groups large and small about the importance of taking personal responsibility for the mark we make on the world. His unassuming nature and approachable manner made it easy to ask for time with him to peer into the window of the world he would like to witness.

On this bright golden day, there was no elephant’s eye height corn to be seen, but song filled the air, as I sprawled on the lawn of what was once the home of iconic home of composer Oscar Hammerstein. It was the 123rd birthday of the man who had co-authored the music for classics such as Oklahoma, Carousel, The Sound of Music, The King and I and Cinderella. I expected to sing along to the tunes I had grown up on but was surprised and delighted that Gandhi was there to add his take on the peace and social justice path on which Hammerstein had also trekked. Hammerstein’s lyrics (particularly in South Pacific) were about understanding and accepting differences. 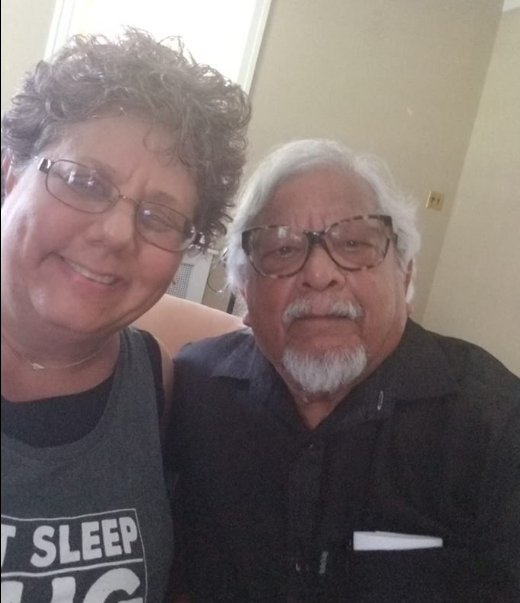 Gandhi is the author of The Gift of Anger: And Other Lessons from My Grandfather Mahatma Gandhi. In it he explores the ways in which anger can be of benefit and can be used as a tool to build bridges and create cooperation, rather than as a weapon of violence and destruction.

He came to the event after being invited by a friend who was the organizer. He said that he too had grown up on Hammerstein’s music. We referenced the song from South Pacific, “You’ve Got to Be Carefully Taught” (see video, below), which is about indoctrinating children to hate and fear those whom their families believe are different.

Gandhi’s take on the topic:

I think there is a lot of ignorance about different cultures and races. They think it is safe to hate somebody and keep people away from somebody, but it’s not safe at all It makes the world worse than what it is.

When asked about anger, he responded:

Unfortunately, we don’t teach the young people how to live with an understanding and we end up abusing anger. It is natural to get angry. Anger to a human being is like a circuit breaker to an electricity circuit. When something goes wrong, the circuit cuts off the electricity supply. In the same way, anger is telling us that something is wrong, and we need to stop and look at it. Instead of looking at it, and finding a solution to the problem, we lash out and express it in physical terms and verbal terms. It changes our lives completely. When I go to the prisons I see all these young people who acted in a moment of madness and now they regret it. They all say that if they could go back and take that moment away, they would love to do that.

He shakes his head, and continues, “but once you have done something, you can’t change it, and adds, “It’s important that we teach young people what is anger and how that can be channeled into intelligent and constructive ways.”

When asked how anger can be a gift, he explains, “Because it is telling us to define what is right and wrong. We have to set it right. If we don’t do that, then we are abusing anger. It is our fault, not the fault of anger itself.”

If he had the attention of the entire world, the words of wisdom he would have to share would sound like this, “I wish there was a magic wand to wave that would make everyone more loving and respectful. We don’t have that, so I think that like my grandfather said, all you can do is be a peace farmer. As a farmer plants seeds and hopes and prays to get a good crop, I go out and plant seeds of peace in the minds of people and hope and pray that they will germinate, and we will get a good crop of peacemakers. Beyond that, I don’t think anybody can do anything to change the world overnight.”

He agrees that we are all responsible for the seeds we plant. “Ultimately, if we individually change, then the world will change. Unfortunately, everybody waits for the world to change and so nobody changes.”

He speaks at universities across the globe on topics related to peaceful co-existence and the book has been making waves, the ripple effect of which could quite possibly transform the world. Understandably pleased, Gandhi shares that the Gift of Anger “has been translated into 26 languages and has been on the Best Seller Lists for several weeks.”

When asked if he had sent a copy to the White House, his laughing response, was “I haven’t. I don’t think he’s much of a reader.”

To summarize, Gandhi offers, “We need to understand anger and what we mean by violence. Unfortunately, we are so conditioned to looking at violence in the physical terms. We don’t look at in the non-physical terms. The nature of our life has become such that we hurt other people, but we don’t realize it is doing any harm. We need to do a lot of introspection and find out how we are contributing to violence in society and what we can do to change ourselves so that ultimately, we reduce the violence. Peace is not the absence of war. Peace is not the absence of violence in the streets. Peace is creating harmony in society. It is only when we all learn to create that harmony between diversity and people and religion and know that we are all human beings here on this Earth to make this world a better place. We need to do that.

Holding back tears throughout much of our interview, I found myself moved by this man whose lineage gives him the inspiration be a bearer of the torch of peace. May its light never be dimmed. I know his grandfather would be proud of him for carrying the message out into the world.
.
.