Embed from Getty Images
—
As consumers of media, we are drawn to eye-catching, newsworthy events: a catastrophic hurricane, a rally of vociferous neo-Nazis, or a deadly epidemic. Systemic yet silent forms of racism, however, often skirt by undetected.

Neo-Nazi ideology and White Supremacy are easy to condemn when they are out and proud- but how do we tackle the ways in which White Supremacy insidiously creeps into every system of power? 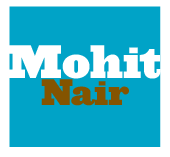 In June, the Boston Globe came out with a seminal piece looking at contaminated water samples at MCI-Norfolk, a state prison with approximately 1,500 inmates serving life sentences. “A Globe review of state records found that 43 percent of all water samples collected at MCI-Norfolk since 2011 showed elevated levels of manganese,” a naturally occurring mineral that can potentially lead to tremors and other neurological disorders when consumed in high quantities. “Dogs are provided bottled water, but the human inmates are not,” according to the report.

From Flint, Michigan to Norfolk, Massachusetts, health equity and access to basic resources continue to be affected by power and politics. Given racially biased policing and prison practices, it is no surprise that Black inmates bear the brunt of such policies. White Supremacy perpetuates unabated in our prison system, because our approach to policing is one in which we prefer to lock prisoners away and throw away the key. Rather than focusing on restorative justice measures, we prioritize punitive sentencing, which further entrenches inmates in exploitation and crime and renders them vulnerable to recidivism.

The power of White Supremacy is not limited to the prison system either. “Schools with higher concentrations of low-income and minority students receive fewer instructional resources than others,” according to a report by the Brookings Institution. The inequities extend beyond schools to neighborhoods, which tend to be under-resourced and poorly connected. In many regions of the country, schools seem to be re-segregating based on income and race.

Whether it is a school system or a prison system, it is clear that policies are being deliberately created to further alienate already vulnerable communities. The threat from neo-Nazi groups is real and deserves to be met with mass protests, but we are significantly underestimating the scope of the problem.

As far right extremist groups seek to occupy positions of power and attempt to normalize hateful rhetoric, they will also try to push policies that further the White nationalist agenda.

Resisting such an agenda requires each and every one of us to exercise our political rights and recognize the myriad ways in which White Supremacy is intertwined with our systems and policies.

Exercise your right to vote.

Be aware of how your representatives vote.

Look beyond political rhetoric and critically analyze the policies that are being promoted.

Nazi salutes and ‘blood and soil’ are just the tip of the iceberg: the real danger lies undetected and we may not be paying attention.

Mohit Nair (MPH) is currently based in New Delhi as a public health researcher, dedicated to addressing critical public health challenges through an interdisciplinary lens. In his spare time, he enjoys reading, blogging, and exploring the local food scene.