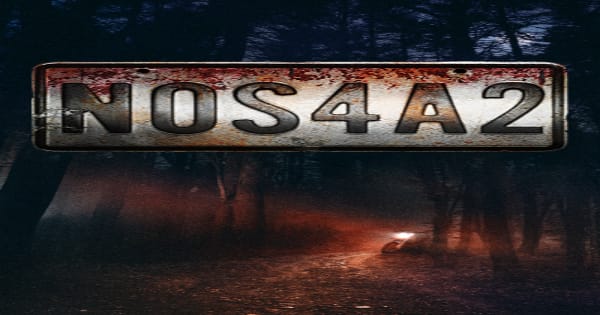 Anaheim – AMC has dropped a new trailer for their upcoming supernatural horror drama NOS4A2 (pronounced “Nosferatu”) during the shows panel at WonderCon 2019.

Based on Hill’s 2013 best-selling novel of the same name, NOS4A2 follows Vic McQueen, played by Cummings (“The Goldfinch”), a gifted young woman who discovers she has a supernatural ability to find lost things. This ability puts her on a collision course with the evil and immortal Charlie Manx, played by Emmy®-nominee Zachary Quinto (“Star Trek,” “American Horror Story”). Manx is a supernatural villain who feeds off the souls of children then deposits what remains of them into Christmasland – a twisted place of Manx’s imagination where every day is Christmas Day and unhappiness is against the law. Vic strives to defeat Manx and rescue his victims – without losing her mind or falling victim to him herself.

NOS4A2 is executive produced by showrunner O’Brien (“Fear the Walking Dead,” “Hell on Wheels”), Lauren Corrao, co-president of Tornante Television, and Hill. In addition to Quinto and Cummings, the cast includes Ólafur Darri Ólafsson (“Lady Dynamite”) as Bing Partridge, Virginia Kull (“The Looming Tower”) as Linda McQueen, Ebon Moss-Bachrach (“The Punisher”) as Chris McQueen and Jahkara Smith (aka Sailor J) as Maggie Leigh. The series is produced by AMC Studios in association with Tornante Television and is set to premier on June 2nd.

Facebook9TweetPin4EmailShares13
wpDiscuz
Share this ArticleLike this article? Email it to a friend!
Email sent!