Lewis Brown Griggs is a Diversity and Inclusion Trainer, Speaker, and Coach, and has spent 35+ years working with corporations, academic institutions and government agencies, bringing increased effectiveness to individuals, teams, and organizations as a whole. For his decades of work in the D&I field, which began with the production of 23 award-winning videos and training materials, Lewis has received the “Pioneer in Diversity Award” and was formally recognized as “A Legend in Diversity”. Born and raised in Minneapolis/St. Paul, Lewis earned both an Amherst BA in Political Science in 1970 and a Stanford MBA in Entrepreneurial Management in 1980. In 2012 Lewis became a Certified Professional Co-Active Leadership Coach, and for decades he has also been teaching and facilitating spiritual groups after having recovered from two near-death experiences (TEDx: “The Gift of Near Death”). Lewis lives in the San Francisco Bay area and can be contacted at [email protected] and at LinkedIn
Connect with Lewis on his website, Facebook and YouTube. 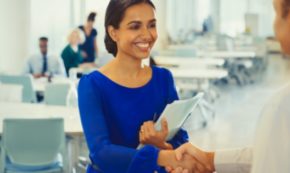 #MeToo in the workplace: Compliance is never enough.

Introducing the most evolved definition of “intimacy,” which will change your assessment of every one of your relationships.