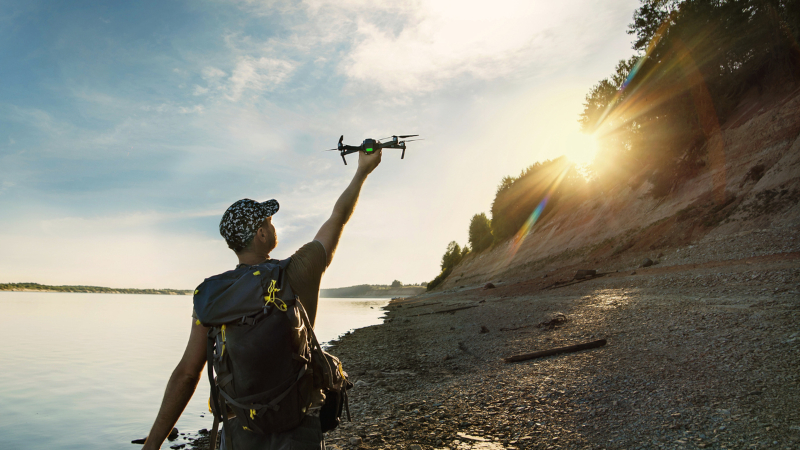 Forests and their ability to sequester carbon dioxide have a critical role to play in addressing the climate emergency, one that is becoming increasingly important as more companies seek to offset their emissions by planting trees. In turn, forests are threatened by rising temperatures that increase the risk of fire, with dire consequences not only for carbon dioxide levels, but also for biodiversity.

As a result, forests are becoming laboratories to test at least three technologies: satellites, drones and sensors. Drones are being used to create new forests, and can plant up to 100,000 trees a day, firing projectiles containing seedlings, which seem to take root with remarkable efficiency.

In addition, drones and satellite images are being used to evaluate the amount of carbon dioxide that companies claim to be offsetting with these reforestation projects, so as to better monitor activities that may be little more than greenwashing. But the same drones that assess forests and their growth can also locate missing people or detect forest fires (using Spanish technology). Such possibilities are further enhanced by new drones that can stay in the air for days, powered by solar energy.

In addition, a Chilean company has developed inexpensive sensors capable of detecting smoke particles, in the form of interconnected “digital noses” capable of relaying the location of a fire in its early stages, when it is still possible to fight it. The sensor network is based on a machine learning model capable of differentiating types of smoke, and of sending firefighters detailed data on the location of a blaze and the best ways to reach it and fight it. In California, which has more than 133,000 square kilometers of forest, detection is also carried out by satellite networks that take images every ten minutes, supported by machine learning models fed with data from previous fires.

Other models, like this, which won a prize at Netexplo a few years ago, monitor forests for illegal logging or poaching activities, using cheap sensors created from recycled mobile phones.

As the northern hemisphere’s summer approaches, and temperatures are set to rise, we have to deal with the issue of forest fires, on whatever scale, with a combination of technology and awareness raising, and when the latter fails, prosecuting the individuals responsible. Forests can be monitored from the air with drones and satellites, or sensorized to detect fires and other harmful or illegal activities. One thing is for sure: our forests will never be the same again.