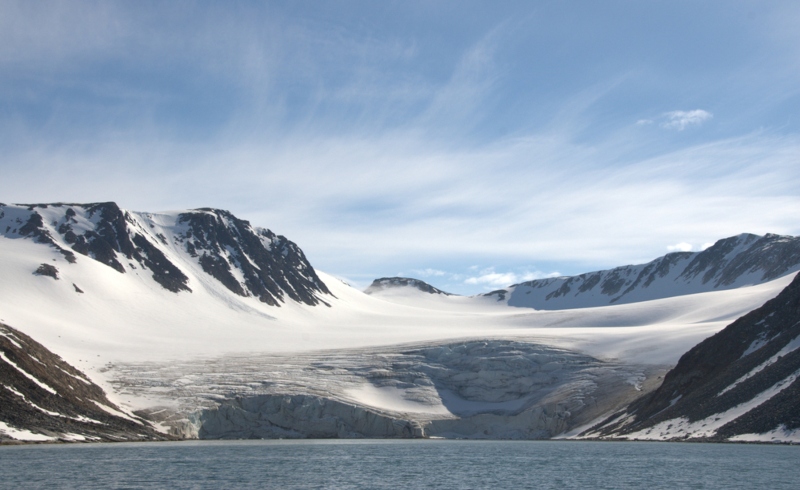 Here is a simple rule for calculating the onset of an Ice Age. Work out just how much sunshine falls on 65° North latitude during the six summer months and then factor in the time the last Ice Age ended.

And the answer is: there’ll be an Ice Age every 100,000 years, not because that’s just how the world is, but because variations in the planetary orbit combined with tiny shifts in the tilts of the axis of rotation mean that sometimes the planetary Arctic gets more sun, and the ice starts to melt. And after a while it gets less, and the glaciers start to advance again.

There is a catch. The confidence in the mechanism applies only to the last million years or so.  Before that, the glaciations seemed to come and go every 41,000 years.

The calculations deliver probabilities rather than certainties because, of the last 110 peaks in solar energy, only about 50 have melted all the ice sheets.

And go far enough back in time, and all bets are off: the seemingly inexorable clockwork of the heavens becomes increasingly unreliable. That is because, like life itself, the planetary movements are ultimately chaotic. The latest calculations are outlined in two studies in the journal Nature.

One of them pinpoints the rhythmic pattern of orbital change that could explain the cyclic pattern of recent Ice Ages and interglacials.

The other looks at the pattern of change in the Cretaceous which ended 60 million years ago and confirms that what seems to work now cannot explain how things were then.

The machinery of the Ice Ages is profoundly important, not just to climate science, but to human history. The rise of human civilisation coincided with the end of the last Ice Age: humankind went from small groups of tool-using nomads to settled agriculture, the growth of the cities, the birth of writing and mathematics, and the flourishing of the Space Age, the Information Society and the onset of human-engineered climate change.

Humans are now the dominant species, and we have begun to radically alter the only planet known to have made life – and human civilisation – welcome.

So a basic understanding of how the planet used to work becomes a starting point for understanding what humankind is now doing to its only home.

There has been clear proof from pre-history that the planet’s climate is sensitive to small shifts in the oceans and atmosphere.

There has been evidence that warming in the form of rising seas and higher tides can actually slow the planet’s rotation and increase exposure to sunlight each day.

“The basic idea is that there is a threshold for the amount of energy reaching high northern latitudes in summer. Above that threshold, the ice retreats completely”

And there have been confident predictions that human behaviour, and in particular the combustion of fossil fuel on a scale without parallel in planetary history, is likely to postpone the next Ice Age for a very long time.

But now an Anglo-Belgian team of researchers has identified the astronomical changes that must govern the Ice Age clock.

The planet’s orbit is an ellipse, not a circle, and the Earth’s axis of spin is tilted. So sometimes one hemisphere is nearer the sun in high summer and sometimes it is further away. The tilt oscillates very slightly with time, so during the regular changes sometimes even more sunlight falls on the far north, where the ice is. As the ice sheets get larger, so they also become more unstable.

“The basic idea is that there is a threshold for the amount of energy reaching high northern latitudes in summer. Above that threshold, the ice retreats completely and we enter an interglacial,” said Chronis Tzedakis, professor of geography at University College London.

Their colleague Takahito Mitsui, of the Catholic University of Louvain, said: “The next step is to understand why the energy threshold rose around a million years ago – one idea is that this was due to a decline in the concentration of CO2, and this needs to be tested.”

But that doesn’t resolve all the problems: why, for instance, some interglacials don’t happen when the clockwork comes around to the right point again. Michel Crucifix, also of Louvain, explained: “The threshold was only just missed 50,000 years ago. If it hadn’t been missed, then we wouldn’t have had an interglacial in the last 11,000 years.”

And – though he does not say so – had this not happened, human civilisation would have been severely delayed, and there would have been no astronomers or climate scientists around to ask the question anyway. The answer applies only for the last 50 million years.

According to a second study of the ancient sediments of the Colorado basin of what is now North America, around 87 million years ago the orbits of Mars and Earth somehow subtly interfered with each other, and potentially altered the timing that might before that have defined colder and warmer cycles.

But the question has been put, and tentatively answered for the last few million years.

“Finding order among what can look like unpredictable swings in climate is aesthetically rather pleasing,” said Professor Tzedakis. – Climate News Network