Get Daily Email
Join/Login CLOSE
Home / Ethics & Values / What If We Are All Collateral Damage? 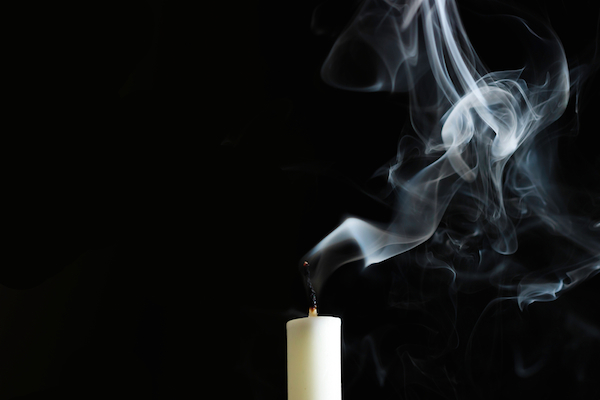 This occurred to me in my daily musings as I watch CNN and CNBC and listen to NPR (some would say that already labels me as a ‘radical leftist’), that there are two distinct realities. Two pairs of lenses through which people in this country view the events of the last four years. Most of the folks in my life wear the same specs as I do and very few see things through what I would call distorted lenses. They would say the same about me…if I only was privy to the same information that they have about how much good this president has done, then I would cut him some slack, to which they add, ‘but Obama, but Hillary’. Their deflecting ‘whataboutism’ reveals their lack of conviction on their stand. I remind them that any potential kind acts are not altruistic. They are self-serving. Having observed him long before he took the oath of office, I KNEW he would be incapable of following through.

Reading the words above, it is apparent that any ability he has to lead is far overshadowed by his desire to circumvent or obliterate the Consitution for his own nefarious purposes. Cue cartoon character, hand rubbing, mustache twisting diabolical sounding music.  He truly IS executing the office and a large part of the population in the process.

The point that Trump supporters are missing: this virus doesn’t give a shit what your ideology is. It is an equal opportunity killer. And the environmental protections he is stripping away? Guess what folks; we all drink the same water and breathe the same air. The fires that are devastating CA, OR and WA affect people of all political stripes. And lastly, dead people don’t vote or boost the economy.

I just had a weird thought. He KNOWS that this virus is deadly and yet he still holds maskless rallies where people are gathered together. What if the people there are MEANT to be carriers and their lives, should they lose them in the process are collateral damage? It seems like a plot of a sci-fi movie or a storyline I recall from a Star Trek episode in which there was overpopulation and the people of the planet outlived the resources. The only way to thin the herd was to expose them to a virus that Captain Kirk had.
With the release of excerpts from Bob Woodward’s book RAGE, it was a certainty that he was aware of the severity of the disease and the likely impact. “I always wanted to play it down. I still like playing it down, because I don’t want to create a panic.”  And yet, he had no issue with ‘creating a panic’ over perceived threats from undocumented immigrants, those peacefully protesting police killing of POC or international terrorism. The only thing he wanted to avoid impacting with panic was the economy and stock market. In his monetarily motivated mind, they matter more than the loss of life.
A true leader would have taken the danger seriously and calmly presented a clear strategy for facing it. One that has us working together rather than solidifying the separation. One that saves lives. There are over 6 million in this country who have contracted the disease with 190,000 succumbing to it. This need not have happened. Their blood is on his hands and those who enabled him.

FacebookTweetPinEmailShares85
wpDiscuz
0
0
Would love your thoughts, please comment.x
()
x
| Reply
Share this ArticleLike this article? Email it to a friend!
Email sent!