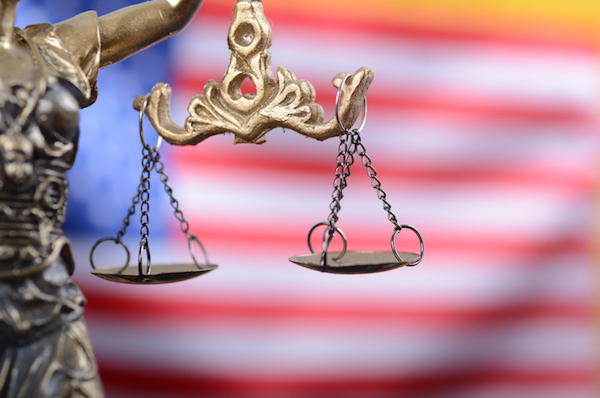 I wonder how I will look you in the eye on Election Day 2020 if you vote for the current occupant of the Oval office, knowing what has transpired since the last election. I had a dream right after Election Day 2016 in which those who had cast their votes in that direction were wringing their hands and sobbing, saying, “Oh my God, what have we done?”

Just a few reasons to question your values, if you still stand with him, from the most simple to the most horrific. As I get to the bottom of the list, it will be hard to put them in order. I came up with 35, but there are many more. Feel free to add any I didn’t mention.

1. He needs a basic course in geography and world history.

2. His communication style is less advanced than that of an elementary school student.

3. He lies more than he tells the truth.

4. He bullies and makes fun of women, those with illnesses, injuries and disabilities.

5. Although he has said that he stands with our military, he has also disrespected them.

6. He wastes taxpayer money on vacations and golfing trips.

7. He has not revealed his taxes.

9. He emboldens those who terrorize and commit acts of violence in this country. (Remember the ‘very fine people’ quote).

10. He does what he believes is in his best interest, not that of the country while trying to convince people that they are the same thing.

11. He attempts to silence the media, thus squashing free speech.

12. He surrounds himself with sycophants who don’t have the courage (if they indeed have a sense of conscience) to challenge him.

13. He held government employees’ salaries hostage to put pressure on funding for his border wall.

14. Every speech he gives eventually winds its way around to self-aggrandizing.

15. His policies have endangered environmental wellbeing, in part, by denying climate science and crises.

16. He has insulted numerous world leaders, using schoolyard taunts and namecalling to make his point.

17. He has endeared himself to other totalitarian leaders as he seems to strive to become one.

18. The term ‘alternative facts’ is a highlight of his time in office.

19. He has demonized immigrants who come from what he has called ‘shithole countries’. These folks, in his mind, are criminals and undesirables. He needs to look no further than his own mirror and administration. I wonder how many undocumented employees are on the payroll of his resorts and hotels.

20. He has not disconnected from his business interests.

21. He has cheated creditors throughout his career.

22. His policies are separating families and imprisoning children, most of whom will never be reunited and many who have been abused and have died in custody.

23. He pressured the leader of another country to ‘dig up dirt’ on a political rival in exchange for already promised financial assistance. He must have felt threatened by Joe Biden or he would not have gone that route. Notice that he hasn’t (at least what we know so far) asked for that kind of info on the other Democratic candidates.

24. He has implied that no matter what he does, including shooting someone, that his supporters will stand by him. Prove him wrong, please.

25. When caught misspeaking, he doubles down and finds a way to justify it.

26. Attempting to undo any progressive policies enacted during President Obama’s years in office, including Obamacare, for which I am grateful myself. It provides necessary medical services at a reasonable cost.

27. Giving the finger to the Constitution.

28. He lies about the economic upswing in this country, taking responsibility for it.

30. Demonizes anyone who is not White, Christian or male, including immigrants. Ironically two of his three wives are immigrants.

31. He seems to have forgotten that Puerto Rico is part of the U.S. and abandoned it following a series of climate crises such as a hurricane and earthquakes.

33. He awarded Rush Limbaugh the Presidential Medal of Freedom after years of hateful and divisive rhetoric on the eve of the impeachment vote, perhaps as a message to his base who comprise the radio host’s audience.

34. He has decimated the country after a sham of an impeachment trial that predictably was voted on, not by virtue of evidence, but pre-determination by Republican Senators. An additional question to ask yourself, are these the people you want to represent you? Without the courage to speak truth to power, they are puppets of a frighteningly increasingly totalitarian regime. I don’t use that description lightly and it keeps me up at night and contributes to anxiety.

35. He fired Alexander Vindman and Gordon Sondland for daring to respond to subpoenas and testify. Yevgeny Vindman (Alexander’s twin brother, himself an Army Lt. Colonel) was also shown the door, for additional vengeful impact.

“Disability rights destruction on many levels.”-from a disabilities attorney

“He locks up brown children and irreparably causes long-term harm by taking them away from the adults who care for them. Then he deports said adults and has the children adopted by American families.”-from a multi-faceted professional

“He can’t shut up and stand still for the National Anthem when it’s played during super bowl 2020, pointing and waving his arms around and play conducting the band; at least Kaepernick, Jay Z, and Beyonce kneeled or sat quietly and respectfully while it played.”-from a librarian

So, I ask those who align with him: Are these the values you want to teach your children? Is the dystopian world that seems to be devolving, what you want to be their legacy? Can you, in good conscience, explain to them why you voted the way you did? Will you allow him to continue to commit atrocities in your name? There is still time to rectify this. I pray that you do. And I will do everything in my power as a writer and speaker to attempt to convince you to do that.

And to clarify…I don’t name call or hate him or anyone who aligns with him. I won’t lower myself to that level.

Facebook87TweetPinEmail1Shares88
wpDiscuz
0
0
Would love your thoughts, please comment.x
()
x
| Reply
Share this ArticleLike this article? Email it to a friend!
Email sent!