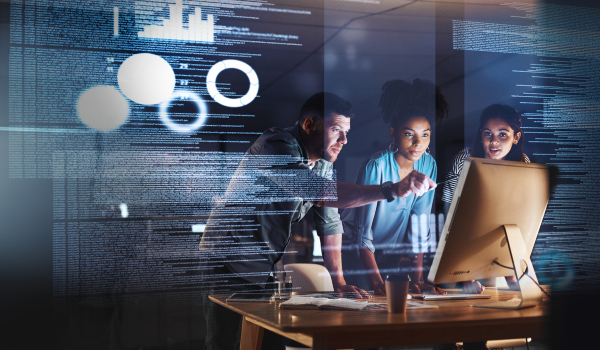 —
One of the easiest ways to defeat the commons is to make it illegal before it can get a foothold. That’s the apparent strategy of Thomson Reuters, the giant information company that is struggling to compete with a popular open-source bibliographic software tool, Zotero. Zotero is an extension to the Firefox browser that is used by many academics to manage bibliographic citations from a variety of different software formats. Zotero lets people copy, organize and share Web links, authors’ names, article titles and other identifying information about Web artifacts.

Thomson Reuters is suing Zotero developers at George Mason University (which hosts the Zotero open-source community) claiming that the software violates Thomson Reuters’ proprietary metadata format. The company claims that Zotero programmers “reverse engineered” the EndNote software in violation of the university’s “site licensing” agreement for EndNotes. (Interestingly, the company does not make any copyright violation claims.) The company wants $10 million and an injunction that stops George Mason University from distributing Zotero.

To understand why this case is potentially important, you need to understand the growing role of metadata on the Web. Metadata is the digital code about code that helps Internet users learn more about a Web artifact — its identity, specific content, location, etc. The growing universe of Web metadata is called the “Semantic Web.” It’s a layer of digital protocols that enable data and documents from diverse computer systems to interoperate and integrate with each other. The Semantic Web dramatically extends the capacities of the “normal” Web by giving it a new “vocabulary” of functional code that is far more versatile and precise than a simple Google search.

To function well, however, the metadata formats of the Semantic Web need to be part of the commons — code available to everyone. That’s precisely what Thomson Reuters would like to stifle. Thomson Reuters doesn’t like that Zotero can be used to convert citations in its proprietary EndNote metadata format into an open-source format.

Microsoft isn’t too happy that OpenOffice can interoperate with Word — but its ability to do so means that Microsoft can’t use its near-monopoly on computer operating systems to thwart innovation and competition. Thomson Reuters would prefer to maintain and extend its own proprietary format — and squelch the growth of an open-source commons. With some 3,500 academic journals coding their citations in EndNote format, Thomson Reuters apparently doesn’t want academics to be able to convert its “style files” and other proprietary formatting code into a common set of protocols, as the latest beta release of Zotero allegedly enables.

Danny Weitzner, a leading figure in the Semantic Web world, writes on his blog: “The key effect of Thomson’s suit, if it succeeds, would be to create a legal doctrine that enables software developers to restrict the Semantic Web’s potential to promote data interoperability and data integration…. The Web community, as well as the scholarly community, ought to pay careful attention to this case because its outcome could have real bearing on how free we will all be in the future to exchange information and realize knowledge-enhancing benefits of the Web through collaborative research.”

A number of tech blogs and comments on this story suggest that Thomson Reuters will have a hard time making its case on the legal merits. This gives rise to the suspicion among some that the lawsuit is a matter of intimidation — a deterrent to Zotero developers and any others who may seek to make EndNote citiations compatible with an open, common format.

Thomson Reuters might claim that Zotero is “free riding” on its proprietary formats. But who’s free riding? Academics are the ones creating scholarly citations in the first place. Why shouldn’t they be able to retain free and open access to their own work? Or as George Mason University put it in its formal statement in response to the lawsuit, “anything created by users of Zotero belongs to those users, and that it should be as easy as possible for Zotero users to move to and from the software as they wish, without friction.” It’s a point that the journal Nature also made it a recent editorial, saying that “the virtues of interoperability and easy data-sharing among researchers are worth restating.”