Get Daily Email
Join/Login CLOSE
Home / Ethics & Values / Where is the Line Between Sexual and Unwanted Touch? 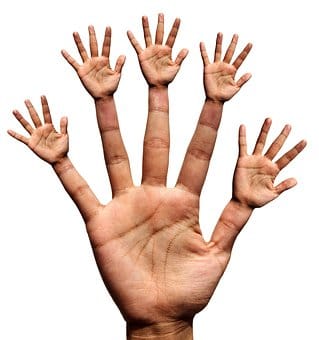 In the last week or so, the internet has been abuzz after the story broke in which former Democratic nominee for lieutenant governor of Nevada Lucy Flores accused former V.P. Joe Biden of touching her in ways that created feelings of ‘uneasiness,’ when he kissed her on the back of the head and sniffed her hair. He is known for his hands-on affection with people (men, woman, and children) some that carry with them an ‘ew, ick’ sense about them at times. One question is, ‘Are his actions sexual in nature?’ What goes to the heart of the matter is the difference between sexual touch (as I define it, touch with the intent to arouse either person or seek or provide sexual gratification) and touch that is unexpected or without the consent of the one on the receiving end.

When I look at photos of him interacting with people who either came to hear him speak or who are fellow politicians, I see a man who reaches out without asking for permission. Although I can’t read his mind, I imagine he believes he is simply expressing affection, without ill intent. Is it denial? Might there be bubbling under the surface predator nature?  Anything is possible.

The other thing to consider is that he is in a position of power, so how could anyone, unless they had unbridled gutsiness turn him down? The same could be said for an employer or an older friend or family member. Power differential contributes to crossing the line of appropriate touch.

Are his actions a throwback to a different time when people weren’t as aware of the importance of touch by consent? Perhaps, but that means that he and others who believe that they are merely expressing affection need to be schooled.

Are there people who are simply ‘too handsy’ and at so at ease with casual touch that they don’t consider that it might be uncomfortable for someone else? The truth is that it is about the perception of the one on the receiving end of the touch. If it feels unpleasant, it is.

There are so many issues to contemplate, beyond a calling out of a politician.

As a consent educator who counsels clients, writes articles on the topic, facilitates Cuddle Party workshops and does FREE HUGS events worldwide, I am clear with people that not only does no mean no, but only yes means yes, and only for that interaction. People are allowed to change their minds and ask for contact to cease. During a Cuddle Party, for example, if someone asks permission to massage another person’s shoulders, they can’t just let their hands drift down the recipients’ arms. They would need to ask, “Can I massage your arms?” and then wait for a clear verbal show of consent. I know it seems tedious and repetitive, but some folks really do need practice remembering. I recall years ago when a friend who introduced me to the concept of FREE Hugs, who called himself, “Larry the Hug Man, “shared these two rules he had for himself. Always ask first before touching and always be the last one to let go. That gave the other person the freedom to say ‘when’.

When I meet new people whether it is a social or professional setting, I will ask if they would like a hug, instead of the requisite handshake. When in the company of those who know me during those situations, my friend might say, “She’s the Hug Lady,” as if to explain my unusual request. I smile since that is now my personal branding. Those who decline are acknowledged for taking care of themselves. I have learned not to feel rejected. The same is true when I offer hugs on the street. Some people respond with, “Nah, I’m good,” to which I reply, “I know you’re good. Hug somebody.” The reality is, not everyone wants to be touched and even those who do have clearly defined boundaries that deserve to be respected.

The other piece to this puzzle is that we never know what trauma or abuse someone experienced and even if your touch intent is benign, it may trigger memories and visceral reaction. That is another reason why when I teach this concept in groups, I remind participants to treat others with courtesy and respect.

When I posted a meme on my Facebook page that showed Joe Biden touching men in a familiar manner, from President Obama to Al Franken, it evoked a myriad of responses. Some thought much ado about nothing was being made and that he was being unnecessarily demonized. Others felt he shouldn’t be given a pass simply because he is otherwise viewed by many as one of the good guys. Still others asked a legit question about the likelihood of someone getting fired from their job for getting overly familiar with a co-worker.

“Consent as we understand it is a pretty new concept. I am not talking about the broad idea of consent, but the practice of establishing consent and even the areas in which consent is needed, especially with regard to even non-sexual touching. When my father was a young man, in the 1950’s it was more common to touch people. In fact, in many cultures, close proximity and touching are more normal. Take France or Belgium where the two cheek kiss is normal. This is a uniquely American thing, and we very touch adverse, and also highly sexually repressed. So every kind of touch has a latent sexual innuendo with Americans. Men you had better not step out of line, and woman, you can view your feelings about any kind of physical touch as facts. Well, F- Us. we are screwed up. I am not justifying obvious perpetration! But I am fed up with America’s culture of compulsory sexual morality and the devastating impact it has had on our collective psyche. I much prefer people born in other countries who are not contaminated with our sense of shame and perversion. It’s going to take a long time to get back to nature. I imagine a lot of things will go back to a more traditional view, (do not read Victorian moralism into tradition- I mean much older traditions) of the balance between male and female. But for now. NO TOUCHY! But also we need to find a way toward a more normal sense of touch, fitting for Human beings instead of androids.”

“Ironically, I’ve personally weirdly leaned in for kisses with Joe Biden both times I met him & afterward hoped I wasn’t being inappropriate with him 😑 He’s an incredibly warm & friendly person.”

“Education for ALL: learn how to say no, learn how to express your feelings and draw lines respectfully. Examine your boundaries and why you’re touch-averse.”

“Clearly, I would say that Biden seems to be a very affectionate man. I do think that he would do well to consider that not all people, men or women are comfortable with this, especially those that have been harmed by unwanted touch. This is my view.”

Touch, when offered and received willingly is one of the most beautiful aspects of any type of relationship. I wouldn’t want to see a world in which we are afraid to touch for fear of repercussion.

If I could have his ear for a few moments, I would encourage ‘Uncle Joe’ to remember to ask before touching and to respect the bubble of space around another person’s body, knowing too that some people, even those who, like me welcome nurturing, platonic touch, prefer that it be on their own terms…kind of like a cat.
—

Facebook259Tweet2PinEmailShares261
wpDiscuz
0
0
Would love your thoughts, please comment.x
()
x
| Reply
Share this ArticleLike this article? Email it to a friend!
Email sent!