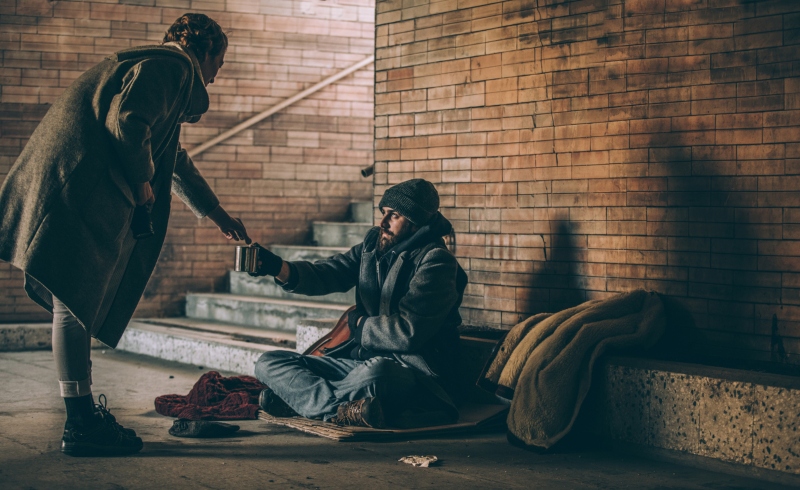 Western medicine is predicated on the “germ theory of disease.” That’s what it sounds like: the theory that germs like bacteria and viruses cause disease.

If you want to prevent disease, our standard theory goes, you prevent exposure to germs, or you vaccinate. If you want to cure disease, you kill the pathogens with a drug or keep the patient well enough that their immune system can fight it off.

All of that is, of course, correct. However, there’s another way to look at disease.

By the mid-1800s, John H. Griscom, an educator who was also an anti-poverty activist, noticed something. Griscom noticed that diseases that were caused by germs had a disproportionate impact on the poor. So he advocated policies to promote social welfare, like reducing rent or improving working conditions, in order to advance public health.

In this view, people can’t keep away from germs on their own — not if they also need to work for a living. And when different people catch the same germs, the outcomes can vary wildly depending on their economic fortunes in life.

America should have listened.

Instead, we ended up with public health policies that placed responsibility on individuals, keeping the focus solely on killing germs or preventing their spread. We didn’t do nearly enough about the other cause, poverty.

So, now, here we are. This disease is going to hit the rich and the poor differently.

Schools have closed. Consider who has childcare and who can’t afford it? Who has health insurance and who doesn’t? With many workplaces shutting down altogether, who can afford to stay home without pay — and who can’t?

Or, how can someone whose water was shut off because they couldn’t afford their water bill wash their hands as recommended? Then consider people who are even more marginalized: the homeless, people in jails and prisons, and people in immigrant detention centers.

We’re all in this together, but we aren’t all going to be harmed equally by it.

Maybe that’s fine for some people. Maybe some people don’t mind if other people suffer so long as they and their loved ones are okay. But we’re all interconnected. Some people are disproportionately harmed, it’s true, but we’re going to rise and fall together.

If millions of people less fortunate than you get sick, their germs will spread, making the pandemic worse in a way that affects everyone.

They will overwhelm the healthcare system as has happened in Italy, and doctors will need to make choices about who lives and who dies. People who are sick from other causes will be impacted too, because they’ll be competing for the same scarce resources.

The economic fallout from this will harm all of us, too. The people who lose paychecks or jobs in this pandemic will be unable to buy what they need. That obviously hurts them, but it also hurts the entire economy.

We need to stop telling one another to pull ourselves up by our bootstraps, or blaming the unfortunate for their own plight. We need to start governing like we’re all in this together — because we are.