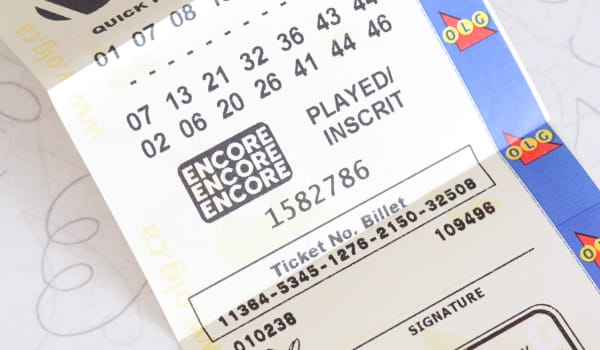 Canada is home to one of the largest groups of conspiracy theorists in the world. No membership is required to be part of this group. They have existed for a long time and usually appear in the comment sections of news stories at a specific time.

This group is comprised of disgruntled players of Canada’s two national lottery games. Lotto Max and Lotto 649. When any jackpot draws are won in Ontario or Quebec, it seems to draw out a majority of these conspiracy theorists from Atlantic Canada and Western Canada. These conspiracy theorists really believe that the two national lottery games are often rigged to be won in Ontario or Quebec. They fail completely to understand that the odds are exactly the same no matter where you purchase the tickets. Many of these same people will make arrangements for tickets to be bought in Ontario or Quebec, thinking that their odds of winning are better. A few store merchants have taken advantage of that mentality by offering lottery tickets to purchasers from outside the jurisdiction.

There is a reason that more jackpot lottery wins may come out of these provinces.

Have a look at the estimated populations of each of the jurisdictions.

The jurisdictions with the largest populations also have the largest numbers of lottery ticket purchasers. So even though the odds of winning any prize are exactly the same, many winning tickets go to Ontario or Quebec simply because more tickets are purchased there. 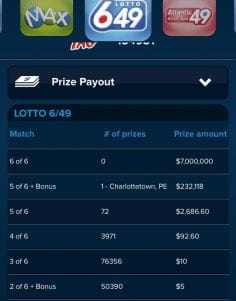 Screen shot from Atlantic Lottery Corporation’s iPhone app. Payout table shows a secondary price from the May 17, 2017 draw went to a ticket purchased in Charlottetown, Prince Edward Island. The band of idiot conspiracy theorists go very quiet for a few days after draws like this one.

They always return because that kind of bitterness lingers on for life among the group. They never learn and never accept. A large jackpot will be won in either Ontario or Quebec, and will prompt the majority of these conspiracy theorists to flood comment pages in droves. They will accuse the system of being rigged and in favour of the two most populated lottery jurisdictions.

FACT: Canada’s two national lotteries are drawn at the heavily secured headquarters of the Interprovincial Lottery Corporation in Toronto. The ILC oversees the two main national lottery games and a third called the Daily Grand, which is set to expand to the remaining jurisdictions this year (2017). The ILC is owned jointly by each of the jurisdictions. Any regional games are the responsibility of the respective jurisdictions. They do their own drawings via machine (as demonstrated in the YouTube video above) and random computer generated numbers. Random number generation also is drawn for the guaranteed prizes in any of the national lottery games.

Because stupidity often appears more plentiful than oxygen, the bitter conspiracy theorists will be around for some time.

It is unfortunate that this mentality has also contributed to problems involved with gambling addictions. Addicts may feel a sense out of being cheated the chance to win anything because they do not live in a jurisdiction that sells many winning tickets. I’ve seen this first hand.

If you know someone who may have a problem with gambling, please contact your local addictions resource centre for information.

—
A version of this post was previously published on DannAlexander and is republished here with permission from the author.
— 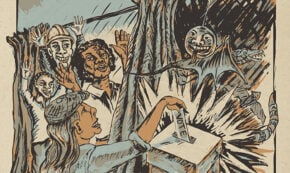