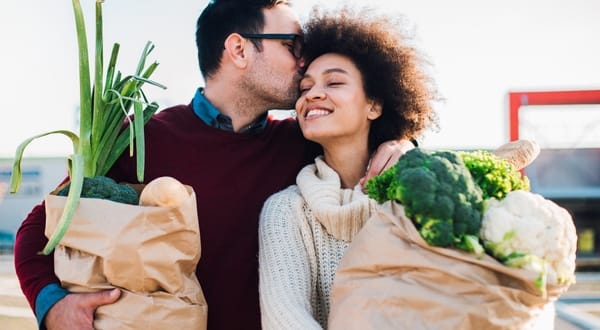 —
Proposals for some kind of Universal or Unconditional Basic Income (UBI), sometimes called Basic Income Guarantees (BIG) have been gaining traction across the political spectrum for some years now, and it’s a topic I’ve discussed as we move toward a world in which machines will take over more and more jobs across virtually every sector.

I would recommend anybody interested in attaining a better understanding of the topic to read Scott Santens’s work, which shares my view that UBI is neither philanthropic, nor about the rich paying the poor to be idle; nor something the state cannot afford. UBI is seen by many on the left as a way to prevent poverty and redefine traditional ideas of work, and by liberals keen to reduce the role of the state.

UBI should not be seen as some kind of decree that, overnight, gives everybody cash from the state’s coffers, but instead as a replacement for the current system of myriad subsidies, notably unemployment benefits, which can discourage people from finding work, particularly if it is low paid and their tax burden leaves them poorer.

If we eliminate the current system of welfare and replace it with an unconditional payment, regardless of whether the recipient is working, the effect is completely different: firstly, because it allows people to either find a job that really interests or motivates them, to start their own business, to train or undertake further studies, or take other decisions not conditioned by the need to survive. Secondly, because adding basic income to many people’s salaries means they will pay more tax, which makes it reasonable and fair to pay basic income to those who do not really need it. Thirdly, because in all the experiments that have been carried out around the world, recipients of UBI did not sit around drinking beer and watching television, but instead were motivated to look for other things to do. And fourthly, because its universal and unconditional, everybody would have a reason to make it work. Finally, when working out how much basic income might cost, it is essential to understand that it is not, for the most part, creating new resources, but to a large extent reallocating them and transitioning from the welfare state to models that give the individual greater freedom.

UBI is not left or right, is forward. As more and more jobs are carried out by robots, rather than giving ourselves meaningless jobs, we should be encouraged to make sense of our lives by finding other things to do. Creating so-called bullshit jobs is perverting the system much more than the conspiracy theories that argue that the rich simply want to avoid unrest by paying the unemployed off. Human progress comes about thanks to the resources we are able to free, and UBI allows people to find other things to do, even if they require investments in education, training or just inspiration.

The idea that machines should pay for UBI needs explanation, and that has nothing to do with the idea of ​​slapping robots with taxes: after all, just what is a robot? Is a typewriter a robot? A word processor? It would have been in the 1950s… Is an assembly line a robot or a whole bunch of them? Why impose a tax on a means of production, if by generating greater efficiency, the company that adopts it is already paying more tax as a result? Surely that’s just double taxation. What happens when a robot moves from being hardware to software? Do we tax programs? The issue is not so simple, and the idea that technology should pick up the tab has much more to do with justifying printing more money to respond to the deflation created by the widespread use of machines than with any kind of tax on robots. Machines are not a threat, they’re the solution. If we don’t create some kind of universal basic income, the menace will not come from machines, but instead from rampant inequality.

I believe UBI will be a fundamental part of an urgently needed redefinition of work and that deserves serious discussion. We need to avoid gut responses along the lines of “If I were paid to do nothing, I’d do nothing” and instead learn more about the subject to counter the critics with solid arguments based on the facts.

This post was previously published on Medium and is republished here under a Creative Commons license CC BY-ND 4.0.