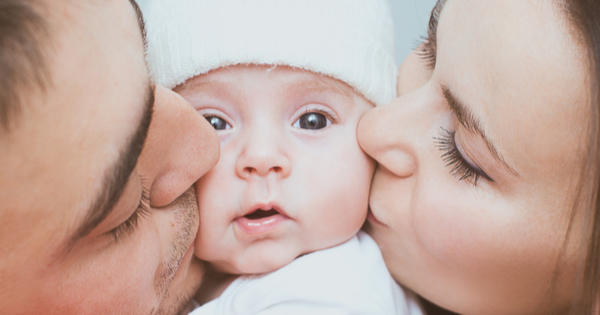 I recently had the pleasure of sitting down with David Domzalski to talk about two things on his podcast that are near and dear to my heart: productivity and parenting.

One of the things many parents overlook is just how valuable their time is. Especially for their children. I get it, we all get caught up playing “keeping up with the Joneses” as we want to give our children the best. Your neighbor’s kid has an iPhone, we’d better get our kid an iPhone. They’ve got a 65in TV, we’d better head over to Costco to see what they have.

Now full disclosure here, my son loves playing Fortnite on his Nintendo Switch and watching music videos on YouTube on his iPad, but the thing he really values more than anything is time with us. But like any kid, he won’t come out and say that. His Switch and iPad are fun, there’s no denying that. We’re just old fuddy-duddies (do young kids still use this expression?). Fun-wise, it’s no comparison. We lose hands down. But…

I remember something that Brian Tracy, a legend in the personal development space and a best-selling author, said. He talked about how the greatest gift we can give our children is love. Love is the foundation upon which our character is built. Research illustrates that even when children are given everything they physically need–food, warmth, shelter–if they aren’t given love, they will struggle.  In the 1940s, the work of psychoanalyst Rene Spitz further documented high infant death rates (one out of three) and, among the babies who didn’t die, high percentages of cognitive, behavioral and psychological dysfunction.

Love for babies is as important as oxygen and food.

As I often tell my son, one day he’ll understand. Fortnite will come and go. Some music videos will stick, but most he’ll forget. What remains is us – his parents.

He’ll remember going camping, his first trip to a water park, his Junior Olympic race, getting his black belt in Karate, reading Harry Potter, and many other experiences. Why? Because we were there. We shared his highs and his lows.

Like my son, I was an only child and while we didn’t have much money growing up, my parents did what they could to give me everything I wanted. After all these years, the toys are gone, but the memories remain.

That’s why every parent needs to make time for their kids.

But it’s hard, especially now what with all that’s going on. Nevertheless, with a few simple strategies my wife and I use with our own son to make sure he knows just how special he is to us.

Strategy #1: Schedule them in

For the busy manager, doctor, teacher, or entrepreneur, the easiest way to ensure you spend time with your kids is to simply schedule them into your week. And don’t keep it a secret, show your kids where they fit in. They’ll look forward to it.

You don’t have to check into the Ritz Carlton for the weekend to have a memorable experience, in fact, I’d argue that it’s less memorable than going camping or going ziplining. Las Vegas is a great example. People used to go there just to gamble, but that’s an adult thing and Vegas knew it, so to attract more people they “pivoted.” They created gorgeous hotels and took things one step further by creating incredible shows such as Cirque du Soleil, Celine Dion, David Copperfield and Penn & Teller. I remember my mother saying she had no interest in going to Vegas because in her mind it was just a place to gamble. After taking her there, she realized Vegas was so much more.

Warren Buffet says this, “The difference between successful people and very successful people is that very successful people say ‘no’ to almost everything.” This is something I learned early on in my entrepreneurial career. You never want your schedule to be so full that you can’t say “Yes” when the right opportunity comes along. In this case, what I mean is you have to say “No” to other people because of your kids. You might think people might get upset to hear you turn them a business meeting because of your kids, but I’ve found the opposite to be true. Family, and especially children, are important. People respect that. Personally, I want to do business with someone who puts their family first.

Strategy #4: Make it up to them

There are times when we’re up against a tight schedule or facing an emergency. Kids will understand. They may be disappointed that their trip to Disneyland they had been looking forward to for weeks has been canceled, but they will get over it. The key is to make it up to them. Perhaps instead of the one-day trip to Disneyland you promised them, make it up to them by booking into the Disney hotel for the weekend. There’s always something we can do to show our kids we love them and we’re sorry for having to cancel.