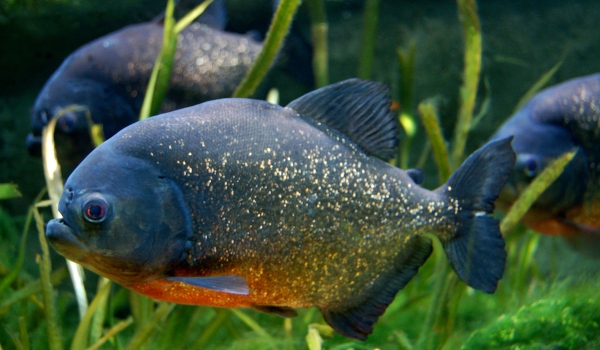 [SÃO PAULO] While history has played an important role in the distribution and diversity of fish species in the Amazon basin, climate change, deforestation and building of power dams could alter such dynamics even more, biodiversity specialists have warned.

A study published in the journal Science Advances (11 September) found that, instead of increasing downriver, fish diversity decreases closer to the mouth of the Amazon, concentrating more upriver at the western portion of the basin.

The decline in fish diversity downriver, coupled with the impact of climate change on rain patterns, is a concern for riverine communities who depend on fishing for their livelihoods and on fish as a source of protein.

Authors of the study said they were surprised when they saw the results of the sample observations since it is an unusual pattern compared with other rivers.

Murilo Dias, a researcher from the ecology department at Brasília University and one of the leaders of the study, said: “Regions closer to a river’s mouth are normally where species colonise the most. The wider the area, the more space becomes available to the creation of varied habitats, and this is one of the keys to fish diversity.”

Other important factors for fish diversity are climate stability and the availability of nutrients from fruits, branches and leaves that fall from nearby trees. These are more present downstream, which explains why species diversity increases in these areas.

The Amazon river changed course to the Atlantic between one and nine million years ago with the rise of the Andes mountain range, and this could explain why fish diversity is still concentrated west of the river.

“Fish might have not adapted to the change of course,” Dias suggested.

But authors also found indications that the rise in deforestation and the construction of dams could threaten the natural dynamics of fish dispersal.

Carla Pavanelli, a biologist and professor at Brazil’s State University of Maringá, who did not take part in the research, said: “Deforestation cuts back on tree shadow on rivers, increases the number of river algae, which compete with fish for oxygen, and curtails the availability of food that comes from trees. Not to mention the agrochemicals used in agriculture – their discharge on rivers contributes immensely to fish mortality.”

“Kirk Winemiller, co-author of the study and professor at Texas A&M University, in the United States, believes the construction of dams along the tributaries of the Amazon poses a serious threat to fish abundance and diversity.

“Dams block migration routes along the river gradient, which impacts migratory fish – and some, like the catfish, are the most valuable in the fishery sector in the Amazon because they tend to be larger,” he explained. “Dams also change the regime of flow in rivers downstream, and they trap sediments that carry nutrients, starving fish and other species.”

Two years ago, Winemiller co-authored a paper about the effects of deforestation and climate change on fish dynamics in the central Amazon. Authors realised that the abundance of fish of all sizes had decreased significantly following a severe drought in 2005.

“Climate change affects the hydrological regime in the Amazon, which affects fish reproduction and production of stocks in the floodplains,” Winemiller said, adding that stability in climate patterns is crucial to maintaining fish productivity.

Changes in rainy and dry seasons are already disrupting fish dynamics and making their effects felt by local communities.

Conservation specialist Ana Cláudia Torres says the riverine populations she works with have noticed more extreme floods and droughts in recent years. Torres coordinates the fisheries management programme of the Mamirauá Institute, a research institute on biodiversity and conservation of natural resources in the central Amazon.

There are periods of the year that should be dry, when communities are still experiencing flooding because of the change in rain patterns, she says. The fishing of the tambaqui – a large freshwater fish native to South America – that usually happens before its reproductive season in October, is increasingly affected by flooding.

“Tambaqui used to be fished in September, but with rivers still flooded by then it has become more and more difficult to do so. When the water gets down, the fishing season is already over,” Torres said.

“Less fishing means a restriction of better possibilities of economic activity to many riverine communities,” she added.

This post was previously published on Scidev.net and is republished here under a Creative Commons license