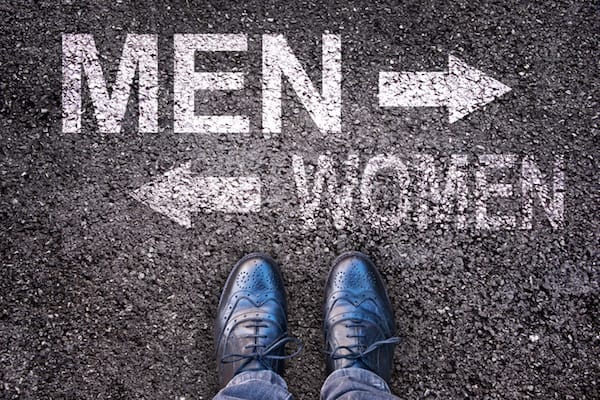 Like many who read this article about the otherworldly being; Star Wars character Lando Calrissian’s alter-ego, Billy Dee Williams and his stepping out of the cosmic closet as gender-fluid, I was delighted. My take is that when well-respected people are daring to claim their identity, regardless of where on the gender/sexuality spectrum they land, it lends courage and credibility to the process. My hope is that someday no one need ‘come out’ and it will just be an uh-huh and a natural aspect of their being.

I identify as a cis-gender woman who uses she/her pronouns. There are times when I exhibit stereo-typically proscribed masculine qualities of assertiveness, go-get-em intensity, power, determination to succeed, proactive decision making, not settling for less than what I want, taking care of business at almost any cost (my health included). On the flip side, I have lately been willing to be in receptivity mode, softer, more stereotypically feminine. The irony is that even as I typed those words, I felt a sense of embarrassment that I label certain attitudes and actions as stuff that women do and stuff that men do in order to fit a certain mold. I was raised by parents who encouraged my sister and me to be kids and girls. Although I got decked out in lacy, frilly dresses and black patent leather shoes, I also learned how to change a tire and oil, although I call AAA and take my car to Meineke for regular maintenance.

My dad took us kite flying and jogging. We played marbles and jumped rope and careened a sled down our street together. He taught me how to drive a stick shift. He also wanted us to be ‘ladies’ and let ourselves be courted and not the other way around, not the pursuer but the pursued. I’m not sure if it was born out of his Depression-era indoctrination, or that he thought we were worthy of pursuit. He had told me on a few occasions that “men have a different code of ethics,” and need to fight if they were called out, so as not to be considered weak. Instead, as a mostly gender-conforming kid, there were no expectations for me to turn a verbal challenge into something physical. This pacifist is grateful for that.

We accompanied him to the synagogue at a time when women were not counted in the minyan (a quorum needed to recite certain prayers) and could not wear a tallis (fringed prayer shawl). I would sit next to him and he would skirt the rules and wrap it around one of my shoulders like a comforting blanket. I used to play with the fringes.

When my husband died in 1998, I needed to be ‘on,’ taking full responsibility for raising our then 11-year-old son to manhood. Since I had no clue about the ‘hows’ of manhood, I tapped a few platonic male friends to be his go-to guys. I chose well, since at 32, he is now happily married, with a baby due in January, surrounded by friends, and who has an open-minded sensibility about gender and sexuality. I do take some credit for modeling full personhood for my cis-gender hetero son. Among his friends are same-sex couples.

As a single parent, I worked several jobs to keep a roof over our heads. I made solo decisions, took decisive action and felt hard’ and stoic at times to maintain control. I had difficulty letting men do anything for me. That has begun to change in the past few years.

My appearance has changed as well. Buzzcut shorn hair has been replaced with tousled curls that a friend commented recently, give me a more feminine presence. My clothing is flowing and “Goddessy,’ although that has been a familiar get-up for years.

I am all about balance in relationships and fluidity in behaviors. Among my circles are those who identify as non-binary and use the pronouns ‘they/them’. It is to these folks I turn when I need clarification on terminology and the journey they find themselves on.

With my grandchild on the way (gender assigned at birth, male), I am even more aware of how I want to interact with him as a fully engaged in life tiny human, not just a boy.

I wonder what it would feel like to be non-binary with the flexibility to see myself as a beautiful blend of both ends of the spectrum without claiming allegiance to one group or another.

May the Force Be With You as you traverse your own gender galaxy.

END_OF_DOCUMENT_TOKEN_TO_BE_REPLACED

Facebook34TweetPin1EmailShares35
wpDiscuz
Share this ArticleLike this article? Email it to a friend!
Email sent!