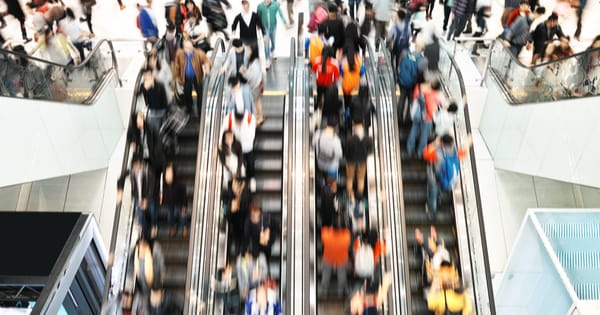 Thanksgiving is a time to remember the inaccurate stories of the founding of the country. Drink a toast to the myth of the peaceful, paternal pilgrims and the loving caring relationship they had with the original Americans. Set down with a heaping plate of food and thank God above for the bounty.

Don’t concern yourself with the inhumane treatment of the turkeys whose life was spent caged in a commercial facility. Ignore the migrant workers who are paid less than minimum wage to pad the profits of the giant conglomerates who have taken over the production, distribution and sales of groceries.

No, be thankful for what you have, you have worked hard all year. It is time to enjoy the fruits of your labor, and the vegetables, and the rolls slathered with butter, and the turkey, and the pie and whipped topping. You’ve earned it.

Then, turn your attention to the most brutal, most American, most unbelievable pastime. Black Friday shopping.

This year there are only twenty-six days between Thanksgiving and Christmas. A number that has caused great concern among retailers, and by extension shoppers. Consequently, Black Friday started on Wednesday, it was mild, but noticeable, Thanksgiving evening will cause a mild ripple, a slight bump in the bottom line. In the middle of the night, sometime between Thursday and Friday the real carnage will be begin.

There is no Christmas spirit in the teeming parking lots, and sidewalks. It is combat, pure and simple. The doors open and people run wild. Safety means nothing, manners mean even less. It is humanity in all its glory. A shameful, aggressive display of greed, nothing more.

So begins the Holiday season. Not with an act of charity, kindness or understanding, but with a ridiculous display of combative childish behavior.

For the next month (26 days) we are going to exposed to the worst possible behavior allowed by law. Traffic snarls, store aisles packed tight with people, no one feeling the least bit merry or festive. No, this is not a glorious season of joy and giving, it is a photo opportunity gone mad with wild-eyed one-upmanship.

Twenty-six days of shopping, and they are worried there aren’t enough. I think they’ll be ok.

Facebook8TweetPin2EmailShares10
wpDiscuz
0
0
Would love your thoughts, please comment.x
()
x
| Reply
Share this ArticleLike this article? Email it to a friend!
Email sent!