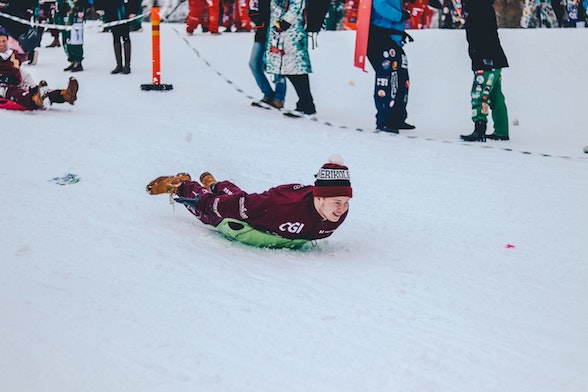 Last week, it was my wife that started to report sore throat and congestion. This season, she’s been our champion—dosing herself and us up with every supplement known to humankind, which has worked in her favor.

She’s managed to nurse all us this season without getting a bad one yet. Thank goodness, since it was just two years ago that she was sick from October to March.

That, Saturday she needed a break from the kids and to rest to fight what might have been a cold creeping in.

She snuck away to the guest room to work on her computer and relax. The boys didn’t notice her absence until later, when the sun had set and I was well into making dinner.

“Oh, she went to the clinic because she was starting to feel bad. She’ll be back later.”

He seemed to think nothing of it and went back to playing.

I’ve used that tactic more than once: said a little white lie to give Mommy some space. If we—I—don’t create some kind of boundary, the kids will invade the little space she does have.

The fib worked until the boys found her later when I took them up to get ready for bed.

“Hey, you were here all this time? Daddy said you went to the doctor.”

My wife ended up putting them to bed, and my eldest kept asking her why Daddy would say that. It ate at her, and later, when we talked about it, it ate at me.

Here we are teaching the value of honesty, and there I am issuing their day pass to Slippery Slope.

The next day, I explained everything to my son. How important it was that Mommy needed time to rest, but how it was not good for me to make up a story. He acknowledged, but of course, he had moved on by then.

My hope is that he learned something, but that’s my fear, too. Lying is not good, but this is how you do it.

If anything, our children’s ethics are taking root, and that’s a good thing. Their ability to decipher what’s right and wrong, what’s fact and what’s fake, will only grow stronger. Now it’s up to us to cultivate it.

Photo by Ethan Hu on Unsplash