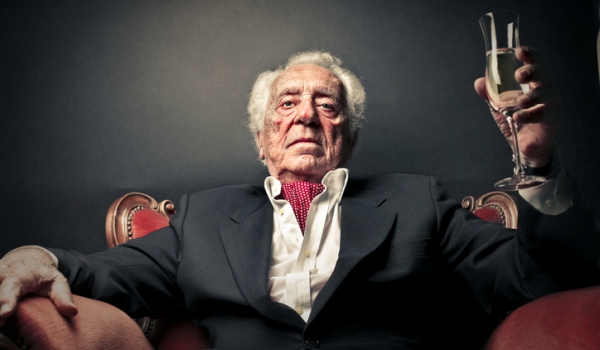 I used to brace for it, ready to strike at the first sign of its emergence.

Like an exterminator waiting for a cockroach to crawl from the drain so he can zap it with deadly chemicals, there I would stand, waiting for the pivot.

And by the pivot, I mean deflection.

And by deflection, I mean the kind white folks often deploy as a conversational escape hatch whenever asked to think about the issues of racism or white privilege.

When leading discussions about race, or giving a speech on the subject and opening the floor to questions, I would experience the pivot in many forms.

First were the white women who would steer the discussion to matters of sexism and misogyny. Then came white LGBTQ folk who would share their stories of homophobic or transphobic mistreatment. These would be followed by white Jews insisting they weren’t really white, or at least not like other white people.

And finally, the capstone: white folk who wanted all to know of their Appalachian bona fides, or at least their modest financial roots.
Each time I would pounce, not with particular aggression, but in a manner that made sure to let them know: I see what you’re trying to do here.

Unwilling to look at their advantages as whites in a nation established for people like them (like us), they sought to change the subject, to focus on their own oppression, to be the victim rather than a beneficiary of someone else’s marginalization.
And I wasn’t having it.

All my responses amounted to one version or another of, “Yes, of course, but we’re here to talk about racism and white privilege, so please let’s stick to the subject.” Occasionally I would call them out more explicitly for derailing the conversation or trying to make it about them.

Never noting the irony, to say nothing of the pedagogical weakness of my approach.

Irony because I was also making it about them: their privilege, their obliviousness, their unearned advantages, and the need to acknowledge these and commit to changing the system that bestows them. To accuse them of thinking only of themselves when I was laser-focused on the same was hardly fair.

Pedagogically weak because in my desire to shut down their deflections, I was ignoring the matter of what works and what doesn’t when it comes to conveying a lesson. I was indulging my own radical pose at the expense of effectiveness, thinking more of how important it was to “speak the truth” regardless of a consequence than to share it and get others to consider it.

Shorter version: I was being an asshole, and not a particularly effective one at that (not that being an asshole with efficacy is necessarily better, but you know what I mean).

Although the pivots were often attempted to derail conversations about racism and privilege, sometimes they weren’t. Sometimes they were simply attempts by those who really had experienced mistreatment — based on sex, gender, sexuality, religion, or class — to be heard and valued for their experiences.

And even when they were deflections, there was still no reason for me to respond the way I did. I should have been kinder, not just because kindness is a positive good, but also because as a strategy, it’s a hell of a lot more sound.

I mean, when was the last time you told someone, in effect, “You’re an idiot, and you need to check your privilege,” and they replied with, “Oh, shit, I forgot, my bad…I’ll get right on that.”

Yeah, that’s what I thought.

Those of us who do racial equity work would do well to remember this lesson, which it took me years to fully appreciate.

We cannot browbeat people into taking responsibility for their unearned advantages with righteous indignation or performative wokeness.

We cannot create allies or co-conspirators or whatever term you prefer by making people feel shitty about themselves or their identity. Surprising, I know, but true.

This is why it’s important to let people talk about the complexity of their identities and to take an intersectional approach with the folks we hope to reach.

And that means letting people have the win, so to speak when trying to get them to see their advantages as white people, by really hearing them when they talk about their disadvantages based on other identities.

Offering this conversational grace does not weaken the struggle against white supremacy. Instead, it strengthens it in tangible ways.
First, by giving white folks the space to discuss economic hardship, sexism, homophobia, anti-Semitism, ableism or any other type of mistreatment, we show respect for their experiences: the very thing we are asking them to do when it comes to hearing people of color.

And if I am willing to take your pain seriously, you will be far more likely to return the favor when I ask you to acknowledge the suffering of others.

Second, by listening to you discuss the hardship you’ve faced despite being white, it becomes easier to demonstrate how white privilege works. After all, the primary privilege of any identity is the ability of those who possess it to remain oblivious to how those without it experience the society and its institutions.

When someone mentions how they’ve been marginalized by their class status, for instance, it opens up the discussion about how those who haven’t experienced economic hardship have the privilege of not understanding what that’s like. Then, the person who understandably detests the obliviousness of the affluent can be steered back to their own obliviousness about whiteness, helping to clarify the point you were hoping to make in the first place.

In other words, reciprocity pays dividends.

When I first wrote my memoir, White Like Me, fifteen years ago, I didn’t see the value in this more complicated approach, even for myself.

Although I had come through several adverse experiences in my life, I worried that going too deeply into those in the book would detract from the point I hoped to make about the privileges I’d enjoyed as a white man. I wanted to keep things simple, straightforward, and uncomplicated.

But life is complicated, and few people have it easy.

Most of us struggle and face adversity. And we can acknowledge that fact without diminishing the importance of the difficulties faced by others, let alone the moral righteousness of removing the obstacles in their way. We can admit that most everyone faces hardship and yet still take note of the fact that despite adversity, people often enjoy unearned advantages too.

And while we seek compassion and correction for the unfair hardships we face, we also should take responsibility for bringing about a more equitable society, in light of the unearned privileges.

In fact, it is precisely our experience with hardship that opens us to the need to take action to address the hardship of others. Solidarity is enhanced by the recognition that we could be the marginalized next time, or that in certain ways we already have been.

Which is why in later editions of White Like Me, I delved far more deeply into the dysfunctions of my family life: my father’s alcoholism and emotional battery, his suicide attempt when I was sixteen, my experiences being targeted as a Jew, and my own struggles with economic insecurity.

Exploring those matters with more intentionality helped illustrate the fact that despite these real challenges, it was still possible for me to experience privileges for which I need to be accountable. And especially if I hope to receive empathy for the adversity I have encountered.

Because to get solidarity you have to give it.

Bottom line: If I want you to hear me, I have to be prepared to hear you in your fullness.

That means creating space for us to process our privileges and our pain. To grieve and to retain our humility.

Any other approach is cruel and rooted in strategic incompetence almost too stunning to contemplate.

We are all complex creatures with complicated life stories. If I want you to read mine to the end, I have to be prepared to do the same with yours.

Or else, I have to be prepared for the movement of which I am a part to lose, forever.