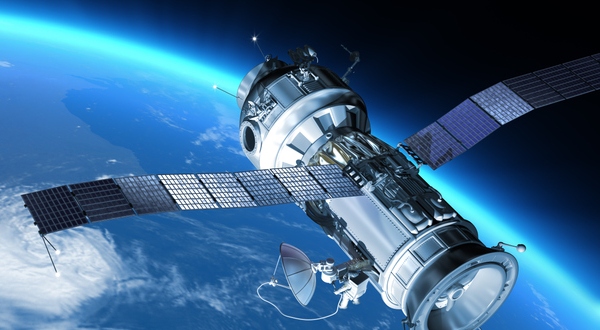 —
Space is becoming increasingly congested, even as our societal dependence on space technology is greater than ever before.

With over 20,000 pieces of debris larger than 10 centimeters, including inactive satellites and discarded rocket parts hurtling around in Earth’s orbit, the risk of damaging collisions is increasing every year.

In a bid to address this issue, and to foster global standards in waste mitigation, the World Economic Forum has chosen a team led by the Space Enabled research group at the MIT Media Lab, together with a team from the European Space Agency (ESA), to launch the Space Sustainability Rating (SSR), a concept developed by the Forum’s Global Future Council on Space Technologies.

Similar to rating systems such as the LEED certification used by the construction industry, the SSR is designed to ensure long-term sustainability by encouraging more responsible behavior among countries and companies participating in space.

The team, which is announced today at the Satellite 2019 conference in Washington, DC, also includes collaborators from Bryce Space and Technology and the University of Texas at Austin.

The MIT portion of the team will be led by Danielle Wood, the Benesse Corporation Career Development Assistant Professor of Research in Education within MIT’s Program in Media Arts and Sciences, and jointly appointed in the Department of Aeronautics and Astronautics. She will be working alongside Dr. Minoo Rathnasabapathy, a research engineer within the Space Enabled group. Professor Moriba Jah and adjunct professor Diane Howard contribute from the University of Texas at Austin, building on Professor Jah’s in-depth research on tracking and visualizing space objects and Professor Howard’s legal knowledge, while Mike French and Aschley Schiller bring expertise about space industry dynamics from Bryce. The MIT-led team joins the efforts of Nikolai Khlystov and Maksim Soshkin in the World Economic Forum Aerospace Industry team as well as Stijn Lemmens and Francesca Letzia in the Space Debris Office of the European Space Agency.

Working with the World Economic Forum and the other collaborators to create the SSR is directly in line with the mission of the Space Enabled research group, of which Wood is also the founder and director, to advance justice in Earth’s complex systems using designs enabled by space, she says.

“One element of justice is ensuring that every country has the opportunity to participate in using space technology as a form of infrastructure to provide vital services in our society such as communication, navigation, and environmental monitoring,” Wood says.

Many aspects of modern society depend on satellite services. Weather reports, for example, depend on a global network of weather satellites operated primarily by governments.

“Our global economy depends on our ability to operate satellites safely in order to fly in planes, prepare for severe weather, broadcast television and study our changing climate,” Wood says. “In order to continue using satellites in orbit around Earth for years to come, we need to ensure that the environment around Earth is as free as possible from trash leftover from previous missions.”

When satellites retire from useful service, some will remain in orbit for decades afterward, adding to the problem of space debris.

In the best case scenario, satellites will gradually drift down to lower orbits and burn up in Earth’s atmosphere. However, the higher the orbit a satellite is operating in, the longer it takes to move down and burn up.

“The Space Sustainability Rating will create an incentive for companies and governments operating satellites to take all the steps they can to reduce the creation of space debris,” Wood says. “This will create a more equitable opportunity for new countries to participate in space with less risk of collision with older satellites.”

Many governments already provide guidelines to companies operating within their borders, to help reduce the amount of space debris produced. The space community is also engaged in an ongoing discussion about new ways to reduce the creation of debris.

But in the meantime, several companies are planning to launch large constellations of satellites that will quickly increase the number of spacecraft in orbit. These satellite constellations will eventually be decommissioned, adding to the growing space junk problem.

The World Economic Forum Global Future Council on Space Technologies, which is composed of leaders from government, academia and industry, therefore developed the concept of a voluntary system, the SSR, to encourage those who operate satellites to create as little debris as possible.

The newly announced team will draw up the rules and processes by which the SSR will operate, including determining what information should be collected from satellite operators to assess their impact on space sustainability.

“Countries in every region are starting new space programs to participate in applying space to their national development,” Wood says. “Creating the Space Sustainability Rating with our collaborators is one key step to ensure that all countries continue to increase the benefits we receive from space technology,” she says.

With a lack of diversity in existing strategies to tackle the orbital debris challenge, the Global Future Council felt it important to develop an industry-wide approach, according to Nikolai Khlystov, lead for aerospace industry at the World Economic Forum.

“We are very glad to partner with leading industry entities such as the European Space Agency, MIT’s Space Enabled research group, the University of Texas at Austin and Bryce Space and Technology to build and launch the Space Sustainability Rating,” Khlystov says.

The envisaged SSR has as clear goal to promote mission designs and operational concepts that avoid an unhampered growth in space debris and the resulting detrimental effects, says Stijn Lemmens, senior space debris mitigation analyst in the Space Debris Office at ESA.

“Together with our collaborators, we aim to put in place a system that has the flexibility to stimulate and drive innovative sustainable design solutions and put in the spotlight those missions that contribute positively to the space environment,” Lemmens says.

—
This post was previously published on www.media.mit.edu and is republished here under a Creative Commons license CC BY-ND 4.0.
—

Media Lab researchers have anticipated and created technologies to make our lives safer, cleaner, healthier, fairer, and more productive. But along with benefits, technology’s everyday efficiencies have also brought their share of issues: obesity, poverty, ethical implications, bullying, divergent politics. The Media Lab’s antidisciplinary research community is uniquely equipped to address these concerns, leveraging the best that technology has to offer, and connecting technology back to the social and the human. Current Lab research examines the deeper implications of where technology creation and adoption has led us—and where we want to go next. Content from MIT media is being republished under a Creative Commons Attribution 4.0 International license (CC BY 4.0).