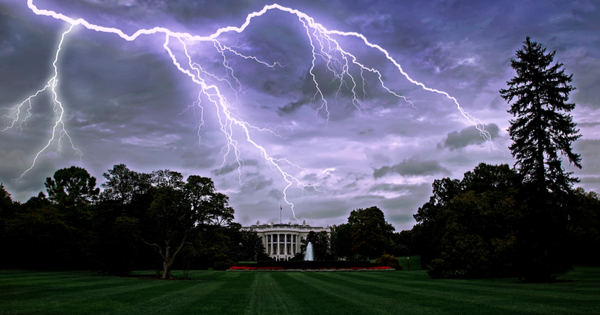 I am almost disappointed in the impeachment. Almost. Although there is great hope⎼ ten GOP did vote to impeach DT and President-elect Joe Biden will (hopefully) be inaugurated next week. But DT is still in office, and 197 Republicans, all but 4 of the rest of the GOP in the House, voted against impeachment.

Despite being attacked by a mob intent on violence and vengeance against fellow Congress members, and intent on stopping the operation of the Congress to which they belonged, many GOP remained silent or even tried to deny or cover-up DT’s role in the violence.

Some claimed impeachment would make matters worse, totally ignoring the deleterious effect of the continued lies about stealing an election and the incitements to further violence by DT and other members of their own party.  A few, like Rep Matt Gaetz of Florida, tried to equate the Black Lives Matter protests and the Capitol assault, equate protests over the murder of African-Americans with a deadly attack on the representatives and government of the U. S.. The lies and racism supported by these GOP was an assault in itself. Some tried to claim he never incited violence.

Washington Post Columnist Greg Sargent wrote that the GOP claims that impeachment would further divide us is part of an attempt to obscure their guilt, and blame the violence not on the people, like DT, who fueled and directed it, but to a generalized divisiveness. It’s not a generalized anything, but one side, DT’s side, declaring civil war against everyone and anyone who opposes his efforts to steal power for himself.

Such statements by the GOP during the impeachment debate followed a week of lies, distortions, and blatant efforts to cover-up DT’s culpability. It began by trying to claim, crazy as it sounds now, that it was members of a non-existent group of Anti-fascists who assaulted the capitol and pretended to be DT’s supporters. It continued with the Department of Defense creating an official timeline for the public that expurgated all of the actions and incitements by the President and other GOP.

The January 6th Assault on the Capitol was the latest in a long line of deliberate shocks administered by the DT administration. The Assault on the Capitol⎼ it sounds like a movie title. From the beginning of his run for office until now, DT has done everything he could to attack democracy, the rule of law, our humanity, our trust in others, our lives, and our hope for the future.

He started back in 2015 with racist attacks on President Obama, falsely claiming that if he had lost the 2016 election, it was due to Democrats committing voter fraud, while simultaneously calling for Russia to interfere in the election. He continued to ignore or lie about the threat of COVID even while thousands died daily. He made a phone call on 1/02 to threaten a public official into manufacturing votes for him, and later urged on an actual assault on the Capitol building and the Congresspeople meeting in that building.

This wasn’t the first time he called for violence. Last year, for example, his comments contributed to attacks on the Michigan statehouse and an attempted kidnapping of the Governor. And he continues to cite malignant, irresponsible falsehoods, deny that he badly lost an election, deny that the only large-scale fraud was committed by him, deny any culpability in violence. According to the Washington Post and other news media, intelligence agencies, Governors, at this moment Right-wing and White Nationalist groups are planning ongoing attacks and a possible disruption of the inauguration, all based on the alternate reality DT created for his followers to preserve his power.

Is he deliberately trying to use the Shock Doctrine, using “the public’s disorientation following massive collective shocks” to force his way on the American public? Or is he simply shouting, tweeting who he is and spreading his diseased mind?

In an article called “What the Science of Addiction Tells Us About Trump,” the author, James Kimmel Jr. describes how the brain of someone who carries a long-term grievance or who desires revenge is like the brain of someone locked into an addiction. Harboring a grievance, defined as a perceived wrong or injustice, real or imagined, activates the same neural circuitry as taking a narcotic.

And this revenge addiction can be easily spread. In the case of DT, we have a politics of grievance meant to manipulate feelings of hurt and humiliation into an addiction to hate and a blindness towards the truth, just like a heroin addict might not see the reality of what the drug is doing to them. Kimmel says DT primes our brains for revenge. He is addicted to being aggrieved and blaming others.

Racism, sexism, anti-Semitism, and other forms of hate are not only attempting to hold onto power but are also addictions that undermine or destroy community. They make everyone feel threatened, not only those the hate is aimed at, but those who allow it and those who hold to it.

I don’t know if DT is deliberately applying increasing shocks to the citizens of this country (or the world) or it is just his malignant and demented sense of self-importance, but for the health and well-being of all of us, he must be removed from office and his agenda of hate ended. The assaults, and the lies and crimes that incited it, must be investigated and prosecuted not for revenge but to discourage further violence and place justice and the rights and well-being of “we the people” first.

We need an inauguration of hope. We need to do all we can to pressure more of the GOP to speak honestly about the election (and COVID), put democracy first, and treat the new Biden Administration as fellow people⎼ if not as partners, then at least not as enemies. We need to pressure 17 GOP Senators to join with Democrats, to remember their oaths, and complete the impeachment.  To protect our voting system and prevent future DT’s. To protect us from the virus, rescue the economy from the super-rich, end institutional racism, and create a more democratic nation.

FacebookTweetPinEmailShares109
We use cookies on our website to give you the most relevant experience by remembering your preferences and repeat visits. By clicking “Accept”, you consent to the use of ALL the cookies.
Do not sell my personal information.
Cookie SettingsAccept
Manage consent