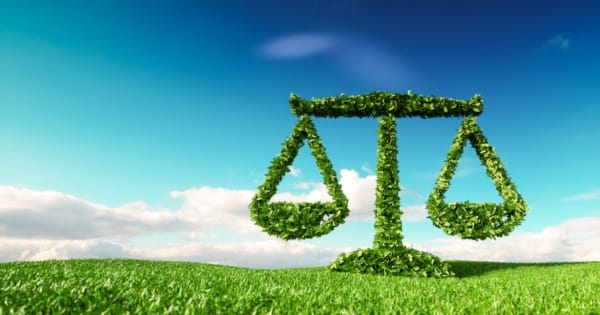 —
Dear EarthTalk: What is meant by “environmental justice” and how is it under assault in the new Trump administration? — Mike Garner, New Orleans, LA

Environmental justice is defined by the U.S. Environmental Protection Agency (EPA) as “the fair treatment and meaningful involvement of all people regardless of race, color, national origin or income, with respect to the development, implementation, and enforcement of environmental laws, regulations and policies.” In layperson’s terms, it means making sure specific groups of people don’t bear a disproportionate burden from potential and existing environmental threats.

Traditionally, we think of situations like the siting and construction of a pollution-spewing factory in or near a low-income minority community as an example of environmental injustice. Some recent examples ripped from the headlines include the lead contamination of the water supply of predominantly African-American Flint, Michigan, and the siting of the potentially hazardous Dakota Access Pipeline adjacent to sacred and ecologically sensitive Standing Rock Sioux tribal land.

“The federal government has recognized for decades that air and water quality are especially poor in low-income areas and communities of color, and some of that imbalance stems directly from government permitting decisions, such as where to allow the dumping of toxic materials,” reports the Natural Resources Defense Council (NRDC), a leading environmental advocacy non-profit.

Environmental justice has been a hot topic lately as it relates to who bears the brunt of climate change impacts. According to EPA research, city dwellers and the poor are among the Americans most likely to suffer from climate change. NRDC points out that 24 to 27 percent of urban African-Americans, Latinos and indigenous people in the U.S. are now living below the poverty line, compared with only 13 percent of urban whites—meaning that minority groups are at the greatest risk from the heatwaves, bad air, stronger storms and other negative consequences of a warming climate.

The federal government has been working on environmental justice issues since at least 1992 when then-President George H.W. Bush created a White House office dedicated to “environmental equity.” Bill Clinton took up the mantle when he assumed the presidency in 1994 and issued Executive Order #12898 calling for the federal government to identify and address “disproportionately high and adverse human health or environmental effects of its programs, policies, and activities on minority populations and low-income populations.” Clinton’s order created the Interagency Working Group on Environmental Justice to coordinate and oversee implementation of the rule across different federal agencies, and spawned the Environmental Justice Small Grants Program, which has awarded upwards of $24 million since then in funding to more than 1,400 community-based and tribal organizations working in communities facing environmental justice problems.

But that all is likely to change now that Donald Trump has proposed slashing the EPA’s overall budget by $2 billion and cutting funding for environmental justice programs specifically by 78 percent, from $6.7 million to just $1.5 million. “These cuts are a direct attack on low-income communities and communities of color everywhere who are on the front lines of toxic pollution,” says NRDC’s environmental justice head Al Huang.

EarthTalk® is produced by Roddy Scheer & Doug Moss and is a registered trademark of the nonprofit Earth Action Network. To donate, visit www.earthtalk.org. Send questions to: [email protected].

This post previously published on Earth Talk and is republished with the permission of the authors.

Facebook6TweetPin3EmailShares9
wpDiscuz
Share this ArticleLike this article? Email it to a friend!
Email sent!