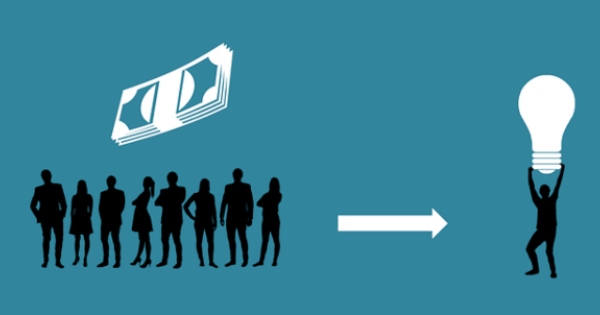 —
Dear EarthTalk: How are environmentalists and environmental groups using crowdfunding to get their projects off the ground? — Sean Jackson, Baltimore, MD

Crowdfunding relies on the collective effort of a large number of individuals making online contributions to allow a project or venture to happen. ArtistShare, a website that allows fans to fund the creation of new artistic works, was the Internet’s first fan-funded crowdfunding platform, launching its initial project in October 2003. Today, crowdfunding is a bit more crowded, to say the least, and among the most popular sites for this purpose, today are GoFundMe, IndieGoGo, Kickstarter, and Razoo. Crowdfunding has grown from a market of $880 million in 2010 to $16 billion in 2014, with 2015 estimated to surpass $34 billion.

A wide variety of both small and large-scale environmental endeavors are now utilizing this revolutionary new kind of fundraising. In November 2015, Indiegogo.com, the largest global crowdfunding platform, allowed the HomeBiogas system to reach its fundraising goal of $100,000 in 24 hours. The HomeBiogas system is a family-sized biogas system that converts any organic waste into clean cooking gas and a high quality liquid fertilizer for the garden. With the system, 2.2 pounds of food waste produces an average of about 200 liters of gas, which generates around one hour of cooking over a high flame. Also, using the HomeBiogas for one year saves six tons of CO2, the equivalent of your car’s yearly emissions. The campaign will be active on IndieGoGo until December 23, 2015, and with the support gained they hope to streamline the products to households by May 2016.

On KickStarter.com, a creative project-focused crowdfunding site where “every project is an opportunity to create the universe and culture you want to see,” over 2,000 people pledged a total of some $280,000 to fund the Little Sun Charge high-performance solar phone charger, developed by artist Olafur Eliasson and engineer Frederik Ottesen. Backers of the Little Sun, which offers a full smartphone charge from five hours of sunshine, are projected to receive the product in March 2016. The device is handheld and can be clipped to a backpack to collect sun when walking outdoors.

Smaller-scale—but equally impactful—current environmental efforts seeking crowdfunding include: Ashley Hoffman’s Fundraiser for the Kentucky Association for Environmental Education; the World Parrot Trust USA’s effort to save wild parrots from being stolen from their nests and forced into captivity; the Washington Youth Garden’s living garden classroom that provides hands-on science learning, inspires environmental stewardship and cultivates healthy food choices in youth and families; the Franklin Land Trust’s work with Western Massachusetts landowners to conserve farms, woodlands, and scenic vistas; and the Nature Conservancy’s innovative approach to turn farmland into temporary habitat for millions of migrating birds. All of these campaigns are posted on Razoo.com, which has helped non-profit organizations raise $450 million since 2006. Any registered non-profit can claim its Razoo page and start raising money online immediately through the site’s customizable fundraising portal.

While crowdfunding to support environmental campaigns and projects may still be in its infancy, no doubt more and more non-profit leaders and activists will embrace it as a way to expand their constituencies and pay for operations in the most democratic way possible.

EarthTalk® is produced by Doug Moss & Roddy Scheer and is a registered trademark of Earth Action Network Inc. View past columns at: www.earthtalk.org. Or e-mail us your question: [email protected].

This post was previously published in Earth Talk and is republished with the permission of the author.

Facebook17Tweet1Pin1EmailShares19
wpDiscuz
Share this ArticleLike this article? Email it to a friend!
Email sent!