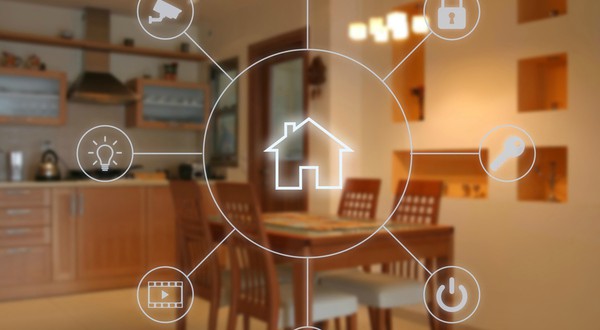 —
Last week I was in the showroom that Amazon set up in Madrid to showcase its line of Echo devices : a range of home digital assistants created by the company, complemented by a wide variety of products from other manufacturers, in terms of the deployment most important simultaneous carried out in a country other than the United States.

All the devices integrate the Alexa voice assistant, with functions ranging from simple information gathering, to the management of all types of home automation functions, including issues such as alerts, sound, news, shopping lists, etc. The result is that I’ve gone from visiting a showroom  to building a showroom in my house: from simply having two assistants – I had been trying Google Home and Amazon Echo for a while – to populate my living room and several rooms with devices of all kinds, in an evolution that is not without its grace if you think the usual that is doing the interaction with them for all kinds of things, and that makes completely paranoid all those who imagine companies like Google or Amazon in a position of being able to theoretically listen to everything that happens in my house at all hours.

The standardization of the idea of ​​having devices equipped with the ability not only to listen at any time, but also to process, interpret and record conversations that take place in a private space such as the living room, bedroom, kitchen or any other The room in our house – including the shower – is part of one more feature of a society in which more than six million households, especially in the United States, China and South Korea, have at least one. In terms of security, these types of devices are subject to the same vulnerabilities that afflict any other: malicious developments have already been identified that can turn them into permanent espionage monitors , shipments of commands using inaudible frequencies, potentially embarrassing or annoying errors , uses in police investigations , and surely a long list of cases that we have yet to see. Amazon, in fact, has requested patents so that its attendees can listen to the conversations in their environment and make related suggestions , in what seems an almost obsessive behavior: talk about how you would like to go to such a restaurant, and that your assistant offers you the possibility of making a reservation in it.

As its use is normalized and it becomes more common to be at friends’ homes and witness how they use their assistant to play music, turn lights on or off or access a certain data in the context of a conversation, it is imposed the evidence that the voice is the future of many common interfaces, and that the step of having those voice aids in our smartphonesto incorporate them to practically every site is a path with a lot of sense. Since I began to evaluate the domestic use of these devices, has completely changed my idea of ​​what it is to manage from music to lights or the alarm clock, going through less common things but also possible to program or stop a watering in the garden. Modern conveniences and relatively sumptuary, yes, but it is good to have available, and that undoubtedly provide and provide other potentially interesting possibilities in everyday use as they develop more applications and skills .

A connected household is more useful the more skills it possesses and the more distributed they are. That the lights of the house can be handled with the voice or from the smartphone is useful, but the real utility arises when you can operate them from almost any habituation with a simple command, when you can do it from outside the house or when the alarm clock that you have put in the nightstand allows you to turn off the light you left on the floor below. It seems silly, but there is a turning point in the cerebral association that you make at the moment you realize that you can do something, even when you realize that, in addition, you can do it from almost anywhere. The next thing is to go on missing those possibilities that can be applied to all the devices you have, including those that, because they are from older generations or because of their manufacturers’ policies, they do not (as in the case of my alarm or the external door lock, for example). At the moment, I have even more possibilities to use those that I can use or install, and this mentality of permanent exploration has been fun and stimulating, although I may expose myself to dangers that, on the other hand, I consider highly improbable and anecdotal.

This post was previously published on www.enriquedans.com and is republished here under a Creative Commons license CC BY-ND 4.0.
—
Photo credit: Istockphoto.com