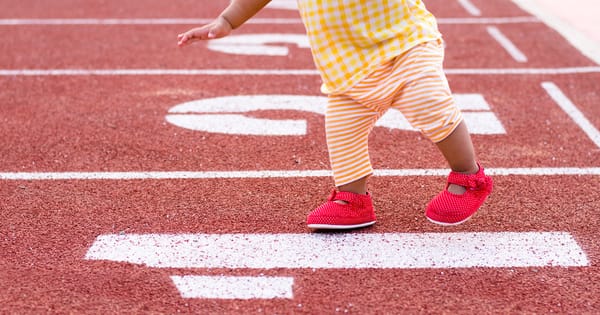 The first time I went to a Chinese restaurant was my sophomore year in college. A friend took me, and he ordered the lunch special and suggested I do the same: egg foo young, egg roll, hot and sour soup. I liked it so much that for years after I didn’t order anything else on a menu, the same three items, whenever I ate Chinese – sit down or takeout.

The first time I felt loss was in the first grade. My closest friend, a girl my age from the neighborhood, an adorable tomboy who would come to my family’s front door for visits dressed in cowboy outfits, moved across the country when her father got a new job. Three weeks after they left I got my first letter in the mail. It was from my friend. She told me she liked her new home and had made a new friend. His name, she wrote in red crayon, was Doug.

The first time I was totally invested in the success of a professional athlete was when Hank Aaron of the Atlanta Braves was nearing Babe Ruth’s home run mark. I was allowed to stay up past my bedtime to watch him on TV as he best Ruth with his 715th round-tripper against the Dodgers. In bed after, for the first time, I started a diary and wrote about the feat and how much I wanted to be like Aaron and be in the major leagues. Eight years later, I got my first hit playing high school baseball. I would only get one more the rest of the season.

The first time I realized that death was a part of life was in 4th grade. The knowledge hit me hard and bothered me for a few weeks until I got on with the business of being a kid.

The first time I cooked a meal for my wife at my apartment, chicken parmigiana and pasta, I cleared up after, fast, as we were going out, putting a plate with leftover food in the oven to take care of once I got back. Three weeks later, I remembered what I had done. I threw out the plate.

The first time I saw in person the inspiration for a masterpiece was in Arles, France, when I sat down in the Cafe La Nuit and tried to imagine van Gogh in the very spot, perhaps sipping an absinthe, dissecting bands of yellow and the night’s colors as he painted in his mind.

The first time I really felt like I was no longer a young man was when I went out with friends to a bar and we met by chance and hung out with a group of teachers from an elementary school who were out drinking to celebrate one of them getting engaged.

The first time I tried to get my driver’s license, I failed. The second time, I failed as well. The third time I passed.

The first time I learned there is a difference between people laughing with you or at you was in kindergarten. I was doing a John Wayne impression at lunch for my friends and thought I was killing it, until I stood up and saw that I was sitting on a banana one of them had slipped onto my chair.

The first time I read a self-help book was twenty years ago, during a bad period in a relationship. I went to a Barnes & Noble, grabbed one from the case, and found a quiet spot to read. The one piece of advice that stuck with me was to take time with a partner to “remember your story as a couple”; to remind each other, for example, how you first met, what happened on your first date, and other intimate, important things between you that might get lost in the shuffle of time and life. Doing so, the advice went, can reinforce why you are together, can rekindle stagnant love, and can cement a deeper connection and commitment. The idea, I believe, also works with yourself – knowing your story, the profound or silly moments in your life, and taking time to visit them now and again, helps to remind you of your uniqueness, your value, and your spirit in this world.

The first time I thought about writing this piece about first times was when I was walking and listening to 80’s music on my headphones and wondering, not for the first time, if it would make a good column.