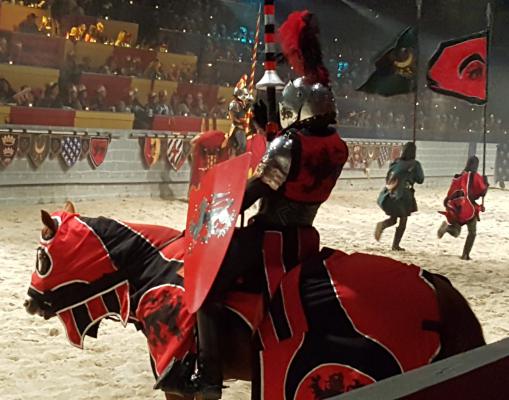 There are a lot of romantic “firsts” that are always remembered. First date, kiss, lay. They may not always be pleasant memories, but these are defining moments in our lives.

Less often discussed and often much more embarrassing are our first inappropriate crushes. Often years before we begin to notice others in our age group there is somebody older, a teacher, babysitter, lead singer in a boy band, that gives us those first awkward tingles, those butterflies in our stomachs that we don’t quite understand.

For my wife it was John Stamos, dreamy bad boy Uncle Jessie on Full House and probably a common answer among women her age. The teenager doesn’t like to be reminded of this, but when I first met her at five years old she had a really bad case of Beiber Fever.

For me that person was Olivia Newton John, the advent of music videos coinciding with her transition from country to pop music with 1981’s “Physical” album. The videos for the title track, “Make a Move on Me” and “Tied Up” enough to make a seven year old boy want to move to Australia.

“Grease” remains one of the most overrated movies of all time, it’s songs only suitable for drunken girl night karaoke, but 1983’s “Two of a Kind”, also co-starring John Travolta, is one of the greatest campy guilty pleasures of the 80’s. It’s theme song “Twist of Fate” one of the decade’s first synth-pop masterpieces. 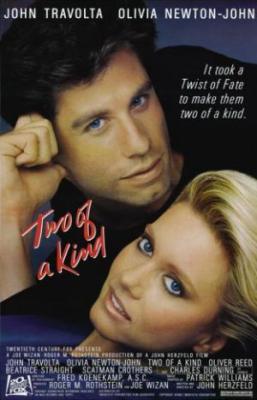 It’s too soon to say for sure who my youngest will one day look back and blush about.  After receiving a rose from the dashing Red Knight at Medieval Times she turned several shades of red herself and I can’t remember another time that she’s been rendered speechless since uttering her first words. She cried about not being able to give him a present in return and cried again upon realizing that their paths nevermore shall pass. She solemnly declared that from that moment forward she wanted to wear only red clothes, her new favorite color. 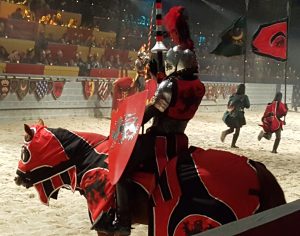 She was over it by the time we were back home but it was a sobering reminder of what’s to come. So far her older sister’s romantic endeavors have been disastrous dramatic nightmares. Judging by how fast the past six years have gone by, our next tour of duty will begin long before I’m prepared to rejoin the fray.

All thoughts for another day. I’m not a handsome Greek in a leather jacket but tonight our Full House is empty. My wife may not be a blond Australian songstress but I can still visit the land Down Under.

Sometimes it’s not your first crush that really matters but your last.

This post was previously published on ThistyDaddy.com and is republished here with permission from the author.
—