Get Daily Email
Join/Login CLOSE
Home / Featured Content / From Nothing 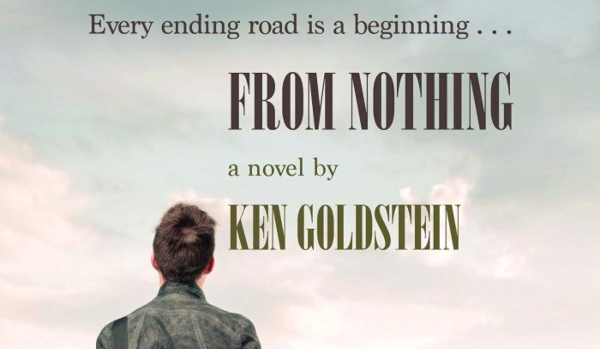 From Nothing, my third novel published by The Story Plant, allows me that joy with the paperback release on October 7, 2019.

It’s two generous bites of the apple, separated by over a year of contemplation, during which I got to hear from readers on how this story impacted their lives.

It’s a privilege to reflect on how I intended the troubled journey of Victor Selo to stir emotion, and how that was played back to me by my cherished readers. Perhaps an appropriate context for this is leaning on some of the lyrics I borrowed for inspiration and attempting to tie them back to many of the comments shared with me at readings, in reviews, and in letters sent my way.

Turn off your mind, relax, and float downstream …

That’s The Beatles, and they are everywhere in this tale. Probably the first thing people discover about Victor is that he is anything but relaxed. Life events just don’t afford him that luxury. Yet readers clearly made the connection between the invisible forks in the road chosen by Victor and the intense downstream consequences or results of their own unpredictable resolutions to unseeable moments of fate.

I found that I am not alone in boiling down my life to five or six key choices that I wasn’t necessarily aware were determinations of my ultimate twists and turns until decades after those quiet tests were unmasked. I have found great moments of connection in hearing readers see the fickle outcomes of their paths in the eyes of a character who is a stranger to their circumstances while a mirror for the task of connecting their own dots.

We are stardust, we are golden …

That’s Joni Mitchell, celebrated forever by Crosby, Stills, Nash & Young. It has been hard to escape this refrain with all the milestone anniversary hoopla around Woodstock, but readers seemed to understand that nostalgia wasn’t a theme I wanted to explore. My devotion is to the miraculous artistry of the songs that stay with us, the melodies and harmonies that become attached to the events we navigate and reconstitute themselves during the many decades we interpret their significance.

Readers have joyfully acknowledged that context and relevance become inescapable in the songs that become their favorites. Think about your favorite song the first time you heard it and what was happening in your life then. Now think about the same song a decade later, and a decade after that. The song hasn’t changed, but you have. If it remains a favorite, there is a reason. Our favorite songs blossom as our lives expand. We may even have to abandon a song for a while when our history associates it with pain. Yet we can always return to a song, and it can return to us. That is the majesty of composition and the alchemy of our interactions with vibrant creative matter.

Guess it’s better to say goodbye to you … 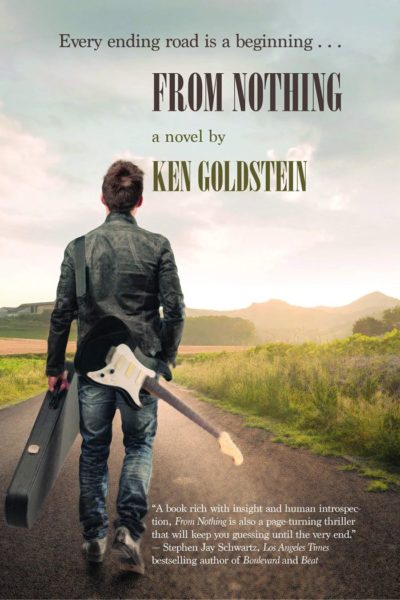 That’s Scandal, one of the less famous bands covered in the Vegas clubs where Victor crawls his way back to self-confidence. Early in my thinking about the arc of this tour, I knew I wanted to include references to the biggest acts of our time alongside some of the voices that had equal impact on me even with fewer hits. I’ve enjoyed the engagement from readers asking me why I excerpted one song and not another, and whether I planned a sequel to fill out the playlist. I don’ think a sequel is possible, and the chorus sung here by Patty Smyth is a good reason why.

It is humbling to know that readers turned these pages to find out what Victor might learn from the corporate monsters pounding on him, and from the many misfortunes he believed he had overcome but never actually escaped. When I listen to people tell me about the past events that are holding them in place, I wonder if part of the glue that holds us together is the evasive hope that we can let go, that we can move on, that we can start again. Whether it’s business, invention, or love, the past is an obstacle we all understand. It is all too easy to suggest to another that letting go and moving on is usually our best bet, but how often do we courageously take our own advice?

If you haven’t yet had a chance to read From Nothing, I hope some of these thoughts may inspire you. If you do have occasion to pick it up in any of its releases and have your own interpretations to share, I would enjoy learning from you.

This is the soundtrack of our lives.

Facebook10Tweet4PinEmailShares14
wpDiscuz
0
0
Would love your thoughts, please comment.x
()
x
| Reply
Share this ArticleLike this article? Email it to a friend!
Email sent!