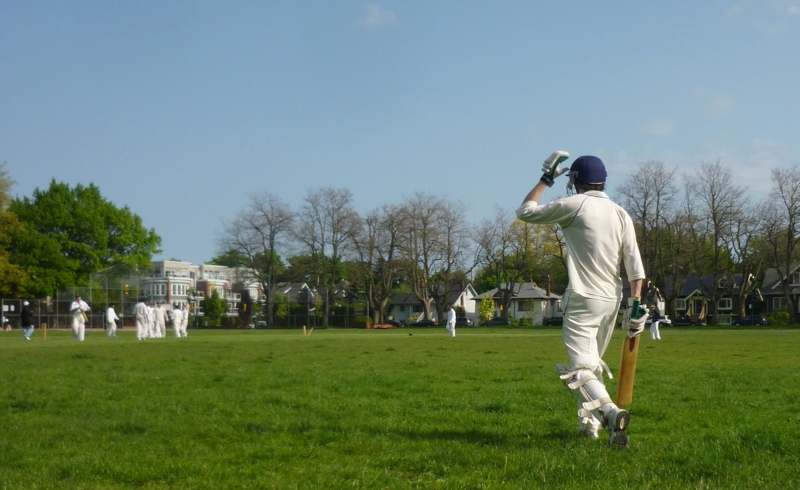 If you love to play or follow cricket, watch out. Climate change is thundering down the pitch and could seriously affect the way the game is played in the years ahead.

In some parts of the UK the game is already being disrupted by changes in climate. More matches are being postponed or cancelled. Intense rainfall followed by long dry periods is wreaking havoc with pitches. Spectators are drifting away.

“If we don’t take it seriously, it will fundamentally change the game. It’s simple: the less cricket we play at every level the fewer people will watch it, the less they will come to the ground and pay to enter, the less chance there is for young people to be inspired to take up the game.”

Game Changer, a report by the Climate Coalition group in association with the Priestley International Centre for Climate at the University of Leeds in the north of England, looks at the way climate change is affecting various sports in the UK.

“Of all the major pitch sports, cricket will be hardest hit by climate change”, says the report.

“Whether Mumbai, Melbourne, Antigua or Lancashire, cricket is defined almost entirely by climatic conditions – if they change, so does the essence of the game.”

The report says increased rainfall and more extreme weather events are already causing problems for cricket in the UK, with the number of international matches which have had to be abandoned or shortened due to adverse weather conditions doubling over the last five years.

“Wetter winters and more intense summer downpours are disrupting the game at every level”, says the report.

Other sports in the UK are also being affected. Rising sea levels together with more intense sea storms which eat away at coastal land are causing serious problems for some of the UK’s leading golf courses.

Montrose, on Scotland’s east coast, is one of the world’s oldest golf courses. Researchers have found that the shoreline near the course has moved inland by 70 metres over the last 30 years.

“Whether Mumbai, Melbourne, Antigua or Lancashire, cricket is defined almost entirely by climatic conditions – if they change, so does the essence of the game”

“As the sea rises and the coast falls away, we’re left with nowhere to go”, says Chris Curnin, director at Montrose.

“Climate change is often seen as tomorrow’s problem, but it’s already eating away at our course.”

Scotland is home to some of the world’s most famous links or coastal golf courses, such as Montrose and St. Andrews, further down the east coast. Changes in climate are making playing conditions ever more difficult.

“Trends associated with climate change are resulting in periods of course closures, even during summer, with disruption seen to some professional tournaments”, says Steve Isaac, director of sustainability at the Royal & Ancient, the governing body for golf outside the US and Mexico.

“We are witnessing different types and timings of disease, pest and weed outbreaks. The future threats are very real, with course managers having to show adaptation if we are to maintain current standards of course condition. It is something we take very seriously.”

The report also looks at how changes in climate are affecting football in the UK. It says that with more intense thunderstorms pitches become quickly flooded and more senior and junior level matches have to be called off. As a result there is less overall participation in the game.

In late 2016 Sport England said there had been a 180,000 drop in the number of people playing football weekly compared to a decade earlier.

The report says sport is now a US$600 billion global business. Revenues are likely to be severely hit by climate change, and thousands of jobs in the industry are at risk.

The worldwide skiing industry is already feeling the effects of a warming world.

The 2022 winter Olympics, to be held near Beijing in China, is likely to be the first ever such event where natural snow will be wholly absent. – Climate News Network