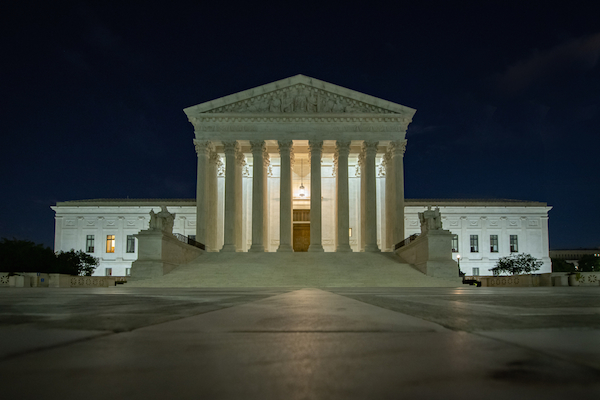 In the wake of a monumental loss that hit me and billions of others like a massive tsunami last night. The morning after I am toggling back and forth between hope and despair. I had just finished a long day of babysitting my grandson and seeing clients when I received a text from my sister Jan: “Ruth Bader Ginsburg passed away.” My reaction was the same as my father’s anytime he heard that someone died. “Ah, no,” followed by a more appropriate for the situation, “Oh, f*ck!” A sinking feeling that our already floundering country was going down with her ascent. Ironically, my sister had also informed me of John Lennon’s death in 1980 while I was covering an overnight shift at a youth shelter at which I was a counselor.

A few days earlier, I had a premonition, a gut feeling that she would not survive until Election Day. I prayed that I was wrong and as I had each time I heard the news of injury or illness over the past few years, and imagined surrounding her in bubble wrap and fluffy feathers. What must have been like for her to fight back pain in the service of her country? So many saw her as all that stood between us and total Constitutional obliteration. “Help me, Obi-Wan Kenobi, you’re my only hope.”  What a burden to carry. What if her death was a rallying cry to continue where she left off in terms of assuring equality for all?

Immediately, I turned on CNN and watched the coverage for hours. Reactions from pundits and politicians were pouring in. Most of the focus was on her legacy and what would happen next. Little was said about the deep and profound loss her family must be suffering, although it was acknowledged that they were with her at the time of her transition. Simultaneously, I was checking social media and seeing both love and fear expressed. The sheer terror of what could happen if a new appointee was rushed to take her place that could set back for decades, that for which she strived so hard to achieve by way of freedoms and rights for equality. I could imagine the glee that those who would have them undone would be feeling. At the time she died, #45 was making a campaign speech in Minnesota.

Uncharacteristically, his response was subdued and not self-aggrandizing. “She just died? Wow. I didn’t know that. You are telling me now for the first time. She led an amazing life. What else can you say? Whether you agreed or not, she was an amazing woman who led an amazing life. I am actually sad to hear that. I am sad to hear that.” He was clearly caught off guard and for a brief moment, he seemed compassionately human. I do believe that was instantly overshadowed with thoughts of her replacement.

Mitch McConnell didn’t waste a minute in declaring his intentions.”President Trump’s nominee will receive a vote on the floor of the United States Senate.”

Senate Minority Leader Chuck Schumer adamantly stated that the Senate should not fill the vacancy left by Ginsburg’s death “until we have a new president.” He added, “The American people should have a voice in the selection of their next Supreme Court Justice. Therefore, this vacancy should not be filled until we have a new president,” hedging his bets by quoting McConnell, who made said the same during Barack Obama’s presidency after Justice Antonin Scalia died in 2016.

A few Republicans echoed that sentiment and there is a possibility that they will vote with their conscience rather than toeing the party line; sufficient to overturn the process.

As the country is absorbing the monumental loss, it occurs to me that this could light a fire under voters to answer her spoken wish which her granddaughter shared, “My most fervent wish is that I will not be replaced until a new president is installed.”

As the titan of law, who stood 5’1″ tall died on Erev Rosh Hashanah, it was a fitting tribute that she was considered a Tzadik- a righteous person. Always and forever our ‘Notorious RBG’ who inspires me to show up, stand up, and speak out.

As I said Kaddish for her last night, I affirmed that her memory be a blessing and impetus to do good and honorable works in her name and stand for social justice for all.

FacebookTweetPinEmailShares430
wpDiscuz
0
0
Would love your thoughts, please comment.x
()
x
| Reply
Share this ArticleLike this article? Email it to a friend!
Email sent!