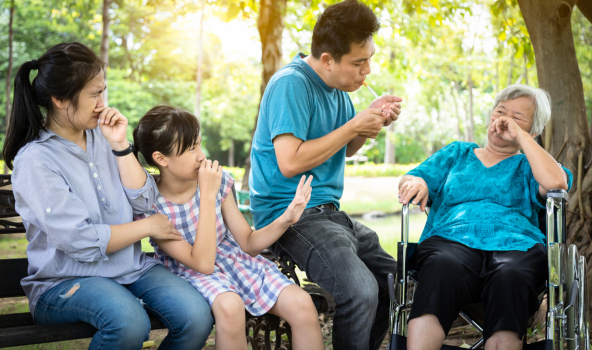 There was a period in my life when I kept waking up more fatigued than when I went to bed. I didn’t think too deeply about it and just assumed that I was tossing and turning in the night. I would drink more coffee and fall asleep as soon as I got home from work.

Then, one night, I kept coughing, which would wake me up. I didn’t have a cold so it was strange that I kept coughing. It didn’t scare me until I coughed and realized that I had not been breathing. I sat bolt upright in the bed peering into the darkness. It didn’t know if I was alive or dead until my eyes readjusted and I could see the outline of furniture in my bedroom.

I knew I had a problem.

The following day, I made an emergency appointment with my doctor, explained the problem to my supportive employer and left work early to sit in my doctor’s office.

My doctor knew me since I was 17 years old and we had been through every health scare together. As I told her the problem, she furrowed her brow and told me she would do some tests. She thought maybe I had sleep apnea, but she thought I didn’t meet the markers that she would look for. But, she was cautious not to rule anything out.

By the end of the appointment, I had my diagnosis. I had asthma.

I looked at my doctor like she was crazy. How could I have asthma? How did it come out of the blue? And, I thought it was hereditary. No one I knew had it.

She tried to explain how I could have developed it, but the dots weren’t connecting for me. She gave me a referral to meet with a pulmonary specialist who would do more tests. She gave me an emergency inhaler and explained how to use it.

I left the appointment in disbelief and feeling the fear of my life ending at any minute. I definitely didn’t sleep soundly.

When I met with the specialist, he shed much more light on my new ailment. He told me that the asthma was induced by my existing allergies. It is quite possible to go from having allergies to suffering from asthma. My lungs saw the air as an allergen and were flooding my system with mucus and narrowing my airway in an attack on what it perceives to be an enemy.

The specialist did more tests and found out I was allergic to dust, pet dander, smoke, and a few other things. I shouldn’t be vacuuming my own floors, I should reduce the dust in my home as much as possible. It was recommended to get special pillowcases, HEPA filters, and an air purifier. I saw dollar signs as this doctor told me about all the new ways I had to live my life. And, I also tried to remember what it was like when I could just breathe the air without thinking about what it would do to me.

In the first couple of months, I was angry. Every time my chest tightened, I cursed my defective lungs. I would get winded walking up the stairs and feel like my health had been stolen from me. My chest would fill with fluid and I felt like I was drowning while sitting on a couch watching television until I hacked and coughed to break it up. I stopped going places because I didn’t know how I was going to feel and I didn’t want to burden anyone else with my new circumstances. I wanted them to go on with their free-breathing lives.

After several months, I got on the right medications and life became somewhat easier. I didn’t have to think as much about my health or conditions. I was still affected by the seasons or had the occasional bad day. Colds could be a little scary. But, whatever shot the doctor told me to get whether it was pneumonia or flu shot, I took it to make sure I wouldn’t have to face lungs full of fluid. My immune system was lower than others so I was more susceptible to invasion.

But, life started progressing to feeling like a new normal. I was still sad sometimes at the loss of my ability to be blithely ignorant. I was always measuring the possibility of triggers and managing my environment in support of my health.

I was also still struggling with forcing my needs onto others. I was still a people-pleaser and I didn’t want to inconvenience anyone else so I could breathe.

Do you know how crazy that sounds? I was dying to not inconvenience someone else’s bad habit.

My now ex-boyfriend was a heavy smoker. Smoke is one of my major asthma triggers. He was the first person for whom I had to put my foot down and demand him not smoke around me.

But, it was after he almost killed me.

He had family members over the house and several were smoking. I didn’t want to be impolite and leave the room, but I was also turning gray and couldn’t breathe. I had asked my boyfriend to tell his family to smoke outside, but he refused. He didn’t want them to feel uncomfortable. But, he was okay with me having to go to the hospital. I should have known the relationship was headed for disaster.

Fortunately, his aunt looked at me as asked if I was okay. I blurted out that I have asthma and the cigarette smoke was making me sick.

She looked at her nephew and shook her head as she extinguished her cigarette in an ashtray. She said, “So, you were just going to let us kill your girlfriend rather than tell us not to smoke in here?”

When she said that, something clicked within me. I stopped feeling sorry for myself and realized that my life wasn’t an inconvenience to someone else. And, if these were the conditions I needed to be healthy and alive then the other person should care. If they don’t, it doesn’t mean that I just allow myself to be made sick. It means I remove myself.

I started conducting an assessment of how I felt and letting my body dictate what I was going to do. The weather played a role in whether I participated in an activity. If it was too hot or too cold, it could trigger my asthma. If people were going to be smoking, you probably wouldn’t find me there. I learned to say no and I let my health tell me when it was a good or bad idea. I showed my body the ultimate respect. My health was the deciding factor. I also stopped dating smokers (lesson learned).

I became very good at it too. I became stubborn and uncompromising. And, it helped me to stop people-pleasing.

The final piece to the puzzle was revealed when I received a phone call from a doctor in San-Diego. My estranged father was in a hospital in a coma which he had lapsed into following an asthma attack. I had no idea he had asthma because I hadn’t spoken to him in at least 10 years. And, now, I was expected to decide his fate.

He survived that coma and lived another 5 years before another asthma attack took his life. He didn’t honor or control his asthma and it got progressively worse.

This taught me that it’s up to me to decide my quality of life. And, that, putting other people’s needs before my own will most certainly end in death. I chose life. 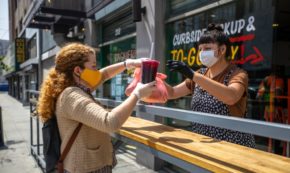