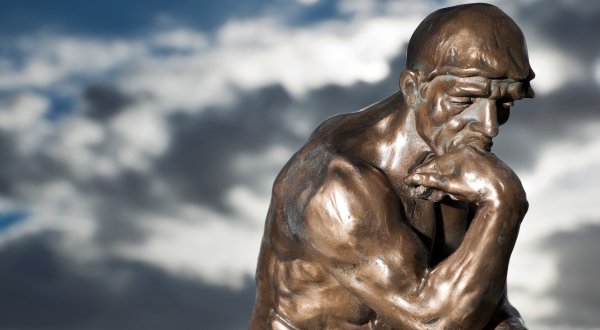 Although churches claim that religion makes believers loving and brotherly, the historic record includes opposite results.

Nobody actually knows where beliefs come from. Psychologists can’t explain what makes some people religious skeptics and others believers — or why some become conformists and others become rebels — or political conservatives and liberals — or war “hawks” and peace “doves” — or puritans and playboys — or death penalty advocates and opponents — etc., etc.

Therefore, I don’t know what caused me to be a doubter while my classmates were believers, some even becoming preachers. All I know is my own story:

I was born in 1932 in a little West Virginia farm town that had no electricity or paved streets. My family had gaslights, but farmers outside town lived with kerosene lamps, woodstoves, outdoor toilets.

I was sent to Bible Belt Sunday schools, and tried to pray as a child. But an awakening occurred in teen years. In high school chemistry class, I learned how gaps and surpluses in outer electron shells cause atoms to bind into molecules, making almost everything in our world. It was a revelation explaining much of existence. Science became an obsession, a portal to understanding reality. Slowly, religion’s claims of invisible gods, devils, heavens, hells, angels, demons, miracles and messiahs turned into fairy tales.

Rather by accident, I lucked into a newspaper job, and my world expanded. A cynical city editor laughed at “holy rollers” and huckster evangelists. We debated religion. I agreed that supernatural church claims are baloney — but I had a quandary: If the magical explanations are nonsense, I said, what better answers exist? Why is the universe here? Why do we live and die? Is there any purpose to it all? Is everything random? What can an honest person say? What answer can a person of integrity give?

He eyed me sharply and replied: “You can say: I don’t know.” Bingo! Immediately, a path of honesty opened for me. Previously, I had sensed that it’s dishonest for theologians to claim supernatural knowledge without any proof, but I had lacked a truthful alternative. Now I had one. I could quit agonizing and admit that ultimate mysteries are unknowable.

I joined a skeptical Unitarian group, read physics and philosophy books, and cemented a scientific worldview. Beliefs should rest on intelligent evidence, not on fables. Eventually, I saw several logical reasons why thinking people should reject church dogmas:

Over the years, I’ve spelled out these premises in books and magazine essays. I even hatched a freethought novel focused on religious absurdities in ancient Greece.

To me, the bottom line is honesty. A person with integrity doesn’t claim to know supernatural things that he or she cannot know. An honest person wants solid evidence to support assertions, and is leery of baseless claims. Therefore, skeptics are most honest of all.

A version of this post was previously published on Patheos and is republished here with permission from the author.