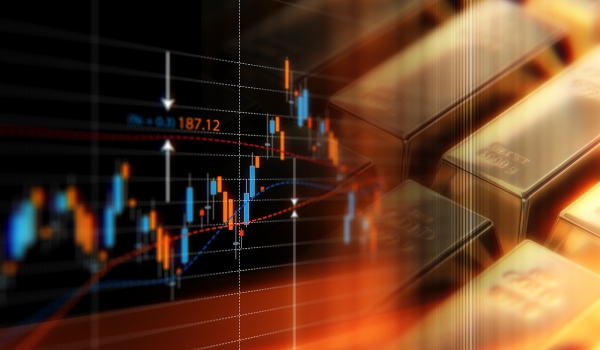 This is a piece I wrote for Jisc, as part of a project looking at underpinning theories of citation. There are a few more to come, and you can read the main report for the project at the Jisc repository. This post cross-posted from the Open Metrics blog.

Citations, we are told, are the gold standard in assessing the outputs of research. When any new measure or proxy is proposed the first question asked (although it is rarely answered with any rigour) is how this new measure correlates with the “gold standard of citations”. This is actually quite peculiar, not just because it raises the question of why citations came to gain such prominence, but also because the term “gold standard” is not without its own ambiguities.

The original meaning of “gold standard” referred to economic systems where the value of currency was pegged to that of the metal; either directly through the circulation of gold coins, or indirectly where a government would guarantee notes could be converted to gold at a fixed rate. Such systems failed repeatedly during the late 19th and early 20th centuries. Because they coupled money supply – the total available amount of government credit – to a fixed quantity of bullion in a bank, they were incapable of dealing with large-scale and rapid changes. The Gold Standard was largely dropped in the wake of World War II and totally abandoned by the 1970s.

But in common parlance “gold standard” means something quite different to this fixed point of reference, it refers to the best available. In medical sciences the term is used to refer to treatments or tests that currently are regarded as the best available. The term itself has been criticised over the years, but it is perhaps more ironic that this notion of “best available” is actually in direct contradiction to intent of the currency gold standard – that value is fixed to a single reference point for all time.

So are citations the best available measure, or the one that we should use as the basis for all comparisons? Or neither? For some time they were the only available quantitative measure of the performance of research outputs. The only other quantitative research indicator being naive measures of output productivity. Although records have long been made of journal circulation in libraries – and one time UK Science Minister David Willetts has often told the story of choosing to read the “most thumbed” issue of journals as a student – these forms of usage data were not collated and published in the same ways as the Science Citation Index. Other measure such as research income, reach, or even efforts to quantify influence or prestige in the community have only been available for analysis relatively recently.

If the primacy of citations is largely a question of history, is there nonetheless a case to be made that citations are in some sense the best basis for evaluation? Is there something special about them? The short answer is no. A large body of theoretical and empirical work has looked at how citation-based measures correlate with other, more subjective, measures of performance. In many cases at the aggregate level those correlations or associations are quite good. As a proxy at the level of populations citation based indicators can be useful. But while much effort has been expended on seeking theories that connect individual practice to citation-based metrics there is no basis for the claim that citations are in any way better (or to be fair, any worse) than a range of other measures we might choose.

Actually there are good reasons for thinking that no such theory can exist. Paul Wouters, developing ideas also worked on by Henry Small and Blaise Cronin, has carefully investigated the meaning that gets transmitted as authors add references, publishers format them into bibliographies, and indexes collect them to make databases of citations. He makes two important points. First that we should separate the idea of the in text reference and bibliographic list – the things that authors create – from the citation database entry – the line in a database created by an index provider. His second point is that, once we understand the distinction between these objects we see clearly how the meaning behind the act of the authors is systematically – and necessarily – stripped out by the process. While we theorists may argue about the extent to which authors are seeking to assign credit in the act of referencing, all of that meaning has to be stripped out if we want citation database entries to be objects that we can count. As an aside the question of whether we should count them, let alone how, does not have an obvious answer.

It can seem like the research enterprise is changing at a bewildering rate. And the attraction of a gold standard, of whatever type, is stability. A constant point of reference, even one that may be a historical accident, has a definite appeal. But that stability is limited and it comes at a price. The Gold Standard helped keep economies stable when the world was a simple and predictable place. But such standards fail catastrophically in two specific cases.

The first failure is when the underlying basis of trade changes, when the places work is done expands or shifts, when new countries come into markets, or when the kinds of value being created changes. Under these circumstances the basis of exchange changes and a gold standard can’t keep up. Similar to the globalisation of markets and value chains, the global expansion of research and the changing nature of its application and outputs with the advent of the web puts any fixed standard of value under pressure.

A second form of crisis is a gold rush. Under normal circumstances a gold standard is supposed to constrain inflation. But when new reserves are discovered and mined hyperinflation can follow. The continued exponential expansion of scholarly publishing has lead to year on year inflation of citation database derived indicators. Actual work and value becomes devalued if we continue to cling to the idea of a citation as a constant gold standard against which to compare ourselves.

The idea of a gold standard is ambiguous to start with. In practice citation data-based indicators are just one measure amongst many, neither the best available – whatever that might mean – nor an incontrovertible standard against which to compare every other possible measure. What emerges more than anything else from the work of the past few years on responsible metrics and indicators is the need to evaluate research work in its context.

There is no, and never has been, a “gold standard”. And even if there were, the economics suggests that it would be well past time to abandon it.