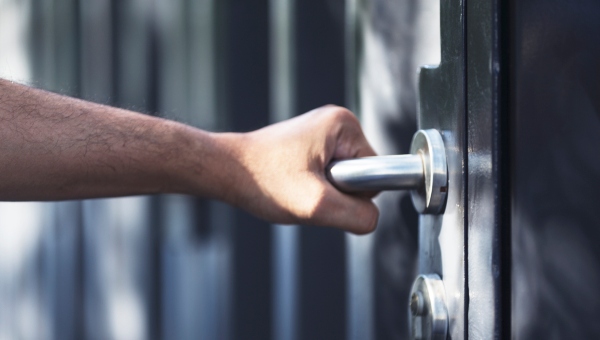 —
There was a scary moment at Kayla’s school last week. One that left her shaken and her mother and I troubled.

Her school, like pretty much all of them now, is kept locked at all times. Nobody is allowed into the building once classes start without identifying themselves over an intercom and being buzzed in. At least that is how it is supposed to work.

The details remain a little unclear, but apparently what happened is that a girl was observed opening the door from the inside for an unidentified older man. He appeared to have walked out of the woods and was seen peering in the windows of several classrooms. The concerned witness to the unauthorized entry notified the administration.

This is where things begin to become unclear. School was close to being dismissed, so to facilitate the students being able to board their buses and go home, a fire alarm was set off instead of instituting a “lockdown”, which would have meant that nobody would be allowed in or out until the situation was resolved. Kayla was scheduled to stay after to do extra work, so she and others were sent back to their rooms.

After more time passed without a satisfactory answer as to who the perceived trespasser was, the “lockdown” was eventually put into effect. And things got scary.

A security guard rounded the kids up, told them to stay together, and had them run to the auditorium. From there another mad dash was made to a science lab. The door was barricaded. They were told to hide behind counters. Anxiety levels were high.

It was approximately an hour and a half after the identification of a potential problem when my wife was finally called and told that she could come and retrieve our daughter. No information was given to her about what was going on. Most of those at the school still had no idea what was going on. It was an emotional ride home.

It turned out that the “unidentified male” was a student sneaking a cigarette. The school she attends is part of a program at a local community college. Many of the students coming and going are much older than the teenagers at a typical high school and not everybody recognizes each other. It took some time to figure out who was seen.

Hopefully, the school will evaluate their responses and realize that changes need to made to their protocols, particularly with how information is relayed to the teachers and parents. Initial indecision and confusion seem to have only exacerbated what almost deteriorated into outright panic. It’s better to find out now what needs to be improved on than when it becomes actually necessary.

Is this really where we have arrived as a nation? Where mass shooting drills are more important than teaching our children what to do if there is a fire?

I place a lot of importance on schooling, not just as a place for education, but also to teach responsibility and respect. I send my daughters to school trusting that their educators will assist me in these lessons. Am I also now trusting them with my children’s lives?

WTF is going on here?