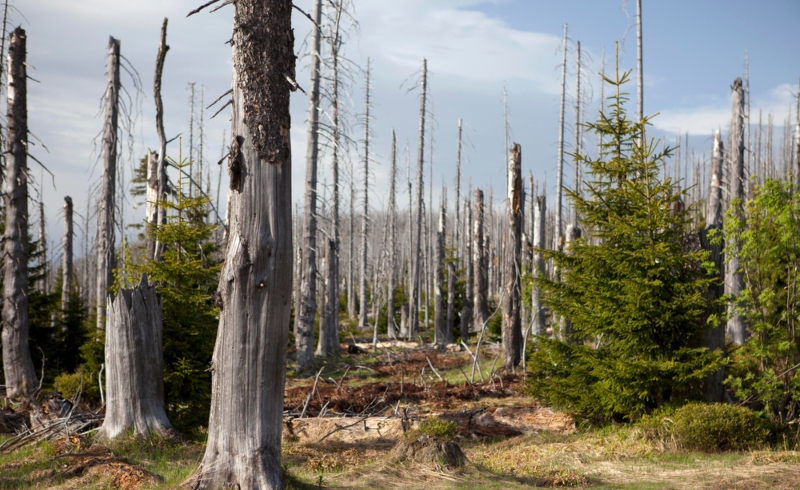 While the concept of “ecocide” may be new to many of us, the practice of willfully destroying large areas of the natural environment has been around about as long as humans — although we got a lot better at it using the machinery we developed during the industrial revolution. Bioethicist Arthur Galston first started batting the term around in the 1970s to describe intentional widespread ecological destruction, especially as it pertained to ruining inhabited environments so people couldn’t live there anymore.

One classic example of ecocide in modern history is American troops’ widespread application of the toxic herbicide Agent Orange across Southeast Asia during the Vietnam War in the late 1960s. It was used to clear some 12,000 square miles of tropical rainforest to enable flushing out the “enemy,” despite the toll on civilians and the environment. There are also plenty of present-day examples, including: mountaintop removal coal mining in Appalachia whereby miners blast through hundreds of feet of earth to access thin seams of coal; the “fracking” for oil and gas across wide swaths of Canada’s Alberta tar sands that has so far destroyed thousands of square miles of boreal forest and peat bogs while releasing hundreds of tons of greenhouse gases into the atmosphere; the dumping of crude oil and toxic waste into Ecuador’s Amazon by oil companies too focused on profits to do the right thing about waste removal; and deep sea mining whereby the use of heavy machinery to ply veins of precious metals from the seabed is ruining marine ecosystems we still know little about.

In recent years Scottish activist Polly Higgins championed the cause of getting the International Criminal Court (ICC), an independent judicial body created by the United Nations in 1998, to recognize ecocide as a “crime against peace” in the eyes of international law. Her work focused on getting the ICC to add ecocide as the fifth prosecutable “core international crime” (along with genocide, crimes against humanity, war crimes and crimes of aggression). Sadly, Higgins succumbed to cancer at age 50 in April 2019, but her efforts to institutionalize ecocide as a major international crime lives on with other activists.

“Destroying the planet is currently permitted,” says Jojo Mehta of the non-profit Stop Ecocide. “That is how ecosystems are being destroyed every day by dangerous industrial activity, exacerbating the climate emergency and destroying our forests, our soils, our rivers and the lands that we love.”

Mehta points out that any of the 122 member states of the ICC can formally suggest adding ecocide as a major international crime. Stop Ecocide is working with small Pacific island nations which are already “feeling the sharp end of climate change” to urge ICC to finally adopt ecocide as another crime it prosecutes.

FacebookTweetPinEmailShares180
wpDiscuz
0
0
Would love your thoughts, please comment.x
()
x
| Reply
Share this ArticleLike this article? Email it to a friend!
Email sent!