Everybody needs a pep talk every once in a while. What do you say to yourself when no one else is around?

If goodness can be determined by behavior when no one is looking, then the truth about oneself can be told only when looking in the mirror, alone. Men are often portrayed as lacking self-awareness, but the men I know have ongoing discussions with themselves about faith, goodness, fear, and what they should really be doing with their lives.

My manologue is a barometer of how I am doing. I still have to do battle with those self-perceptions that are ugly and painful. On a bad day, the shower is a dangerous place. Something will float back into my brain from an hour, a year, or a decade ago, when I did something stupid. Self-hate fills my mind and the internal monologue has to be silenced by a single, very audible word, expressed out of profound discomfort like some deep, instinctual reflex.

What causes a guy to swear at himself? I’ve spent a lifetime trying to figure that out: AA, shrinks, meditation, anti-depressants. Recently, the thing that has worked best is the very same thing that worked when I was a teenager, brutally hard exercise that leaves me spent, filled with endorphins—and unable to loathe myself. Spending time with my kids and holding my wife also helps. But the demons sometimes come back in my dreams. I wake, not sure if my terror is over something real or imagined. It’s usually something twisted beyond recognition by my subconscious.

In the last few years, I’ve trained with a champion Russian kick-boxer. He often tells me that 98 percent of the thoughts in my brain are meaningless. They are the voices of doubt, distraction, and insanity. It’s only the 2 percent that really matters.

Most normal people have a hard time distinguishing the 2 percent from the 98 percent. My theory is that addicts have a unique ability to see what is true and what is the dark shadow of insanity. They use addiction to block out the 98 percent and give them a super-human ability to focus their minds on just the thoughts that really matter—this swing, this line of dialogue, this deal term.

The difficulty in sobriety is to find other ways to clear the mind of chaos, letting go of the negative chatter, and focusing just on the few critical elements of success. Meditation helps. Faith is critical. A grounding in the truth of why we are here and what really matters in this world can keep things in perspective. But it still comes down to an ability to focus—one that comes out of becoming right with the soul, not out of addiction.

So I try to resist the instinct to yell at myself. I try to clear my mind of all thoughts.

I try to repeat an instruction from the Zen master Shunryu Suzuki that my rowing coach once told me before a race: “When you do something, you should burn yourself completely, like a good bonfire, leaving no trace of yourself.”

I don’t always succeed; but my wife hasn’t come running into the bathroom to ask whether I am hurt for at least a couple of months now. So I must be getting better.

Here’s what a few other guys report as their “manologues”:

When I’m taking a leak and thinking about who is pissing me off I think to myself, “Just calm down and don’t say anything!”

My internal monologue, left to its own devices, runs toward fear and worry. It’s at its worst in the evening when I’m alone, or in the mornings in the shower. The thing I say to myself most often to combat this is: “Don’t be afraid, your best is good enough, let God be God and you just be Todd.” And I sometimes I pray astronaut Alan Shepard’s prayer: “Dear God, please don’t let me fuck up.”

I was deployed to Iraq with an Army Aviation (Blackhawks, Chinooks) unit. Many times there I had to tell myself, “Don’t quit!” Sometimes when I hang in for just another minute, the heat becomes more bearable. On a gunnery range, I tell myself, “Breathe!”

When I talk to myself out loud, it’s usually in one-syllable words.

I look in the mirror every morning and say, “Hello, gorgeous!” in a circa-1970 Barbra Streisand voice.

In the shower, in front of the mirror, anywhere there seems to be no one around, I say to myself, “Dominate the game.” I started saying that year-round for positive thinking when I got on my college basketball team. It didn’t help me get off the bench, but I still say it randomly out of self-brainwashing. Eventually I’ll have to dominate some game with all that positivity I’ve been putting out there so long.

Sometimes I stare at the faces of the Dust Bowl farmers who Steinbeck interviewed; those guys were in an ultimately serious bind. Or I remember the quote from Rip Hamilton’s (of the Detroit Pistons) father before Rip was going to play in the NBA Championship: “Son, that’s not pressure. Pressure is having four kids and not knowing how you’re going to feed them.”

When I’m either getting ready for a night out with the fellas, out on a run, or on the treadmill, I have one thing that comes to mind: “Circus.” Does it get any gayer? Sure thing, repeating “center of the ring” in my head actually boosts my confidence and pushes me to work harder to be on top.

Anytime I see a mirror I think, “This shit again.”

When I need to get my game face on, or am feeling particularly anxious, or just need a little centering, I repeat a prayer taken from the Episcopal baptismal service in the Book of Common Prayer: “Dear Lord, sustain me in your grace; grant me an inquiring and discerning heart, the courage to will and persevere, the spirit to know and to love you, and the gift of joy and wonder in all your works.” It calms me and helps provide immediate perspective. Pretty basic stuff, but the language is beautiful and there is plenty to go deeper on if necessary.

The thing I say most is “Hello, you pencil-necked collection of past failures.”

Something I began saying in high school has stuck with me when I feel my muscles getting achy, “All pain is suffering, all suffering is happiness, and all happiness is bliss.” It makes zero sense but has a Zen-like quality that it keeps me going.

A sardonic and sarcastic silent conversation with yourself not only provides an outlet for your angst, it keeps you company when you feel alone and outnumbered. Keeping irreverence to yourself also shelters your stunted maturity from any unnecessary exposure.

I’m a middle-aged husband and father of three young sons, all of whom are forced to deal with the fact that daddy tells jokes for a living. As I go about my day, I find myself often repeating an internal monologue—“Damn, you have come a long way!” This thought can be initiated by numerous stimuli, including the observation of someone behaving in a way that indicates a moron is in our midst. Yes, I’m a recovering idiot. Selfishness used to move me into directions I thought were amusing at the time, but now that I have little mirrors all around me (kids), I can pause or reflect before making another move of stupidity. My dad left when I was born, so my mantra can be said on a daily basis, since I am present and active with my family, offering unconditional, unbridled love and joy—“Damn, you have come a long way!”

The same pattern hits my thinking whenever I have a pause from routine. I can be in the car, or standing in a line at the grocery: “Am I doing right?” For example—the right thing with my daughter’s evolving identity issues, the right thing with my son’s sense of compassion, or my ex-wife’s loneliness, or my lover’s independence, my business partner’s goals, my father’s fear of dying, or my mother’s need for more time together … In short: “Am I the man I want to be for the people I love? Or have I been a selfish fraud?”

Well, I fooled ’em all one more day. Let’s see what I got in my bag of tricks for tomorrow.

Manologues: in search of male identity

Growing is knowing you made mistakes. Aging is not learning to accept them and move on.

I found it difficult to accept that you’re a winner. That even after you have survived hardship and trials and have come out ahead of those around you still you don’t realize that they’ve failed to engage life and are in fear of life and being. You won, and they never tried. “If you win, you’re the hero. I’m the One and you’re the zeros”. It’s like somewhere you walked out of hell and just by knowing that and doing so you win. Being the victor is still standing after the world does its best to obliterate you from being.… Read more »

The best pep talk I ever heard. Link on my name.

In order for any self-talk to be of value, you need to talk to someone that can help. Enter your best self. You need to be able to bring to mind that image, and then have a heart to heart discussion about the challenges or problems you are facing. This is what I do, this is what I teach my clients and friends.

I prefer to reflect on my good fortune more than bang myself up over failures. I had plenty of beating myself up in my first 30 years, and if I ever get low on humility, I can always call my dad. ;^)

Today I focus on the positive and ask myself what can I do to help my wife, my friends, my neighbors, and my team (and not always in that order, either). Being a good husband, a servant leader, a valued mentor, a trusted advisor, and a true friend, is more and more important to me.

I always tell myself “it will end”…

I try to visualize the assholes plaguing me in pink ballet tutus made of taffeta. Then I remember that if they were any good, I’d be admiring them, not putting them into tutus. 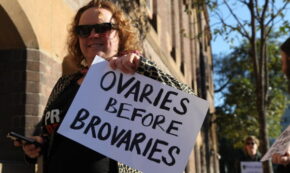 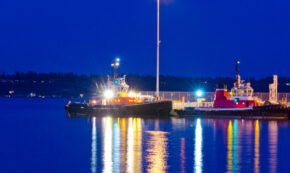 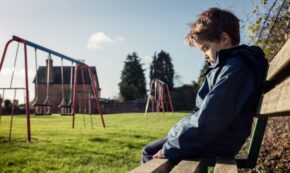 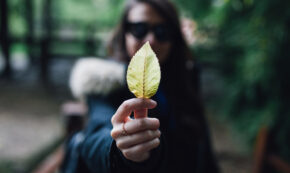 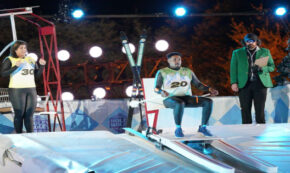