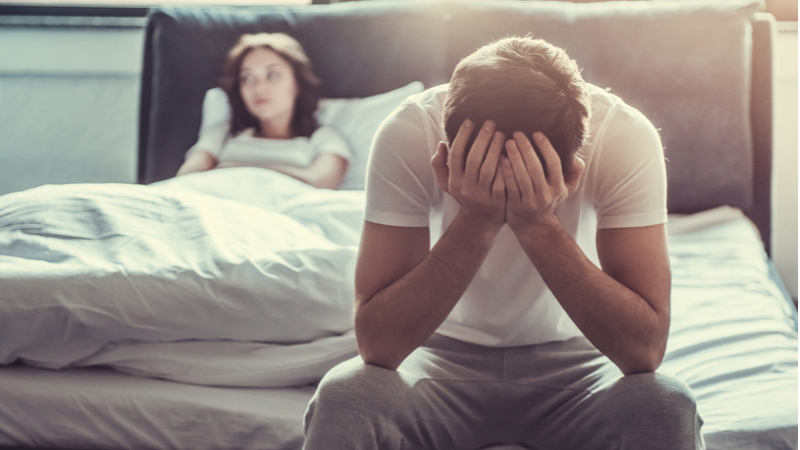 One would think that coming out during a pandemic would be the worst time imaginable to decide to disclose to anyone that they’re gay. Right now, societal anxiety is at an all-time high, so there are a lot of practical reasons why postponing coming out might be a good idea.

But some men married to a woman have been waiting years for just the right moment to disclose their true sexual orientation. Having juggled a multitude of variables, they thought now would be the right time to come out—until COVID-19 made its appearance on the world stage. As the adage goes, “timing is everything.”

As I wrote in my book Married Men Coming Out: The Ultimate Guide to Becoming the Man You Were Born to Be:

Married men were and still are coming out of the woodwork to finally be who they truly are. In our country, this can be one of the most harrowing, challenging, and growthful experiences a man can have. The journey is perceived as being mostly upstream, yet it is required if the individual making the choice is to attain any level of inner peace.

Currently, our country is roiling from not just a virus, but emotional turmoil stemming from fear, death, mis- and disinformation, conflicting news, political jostling for power, wealth and control, and a national election only months away. Racism, nationalism, agism, anti-LGBTQ and anti-Semitism, civil rights, and the sustainability of freedom and democracy are hot button issues tearing families, communities, and our nation apart. Why would anyone want to throw gasoline on the fire by coming out with all that anxiety, ill-will, hurt, and distress in the country’s face every day? But married men are coming out despite the current zeitgeist.

Let’s look at the pros and cons of a married man coming out in the midst of such chaos.

For many married men who have been hiding in the closet their entire lives, the word “freedom” has special meaning. They’ve been yearning to be who they truly are their entire lives, so much so that their need has become an unending ache in their hearts. They can’t wait for the day to break out of the confines imposed by family, religion, education, sports, and business.

These men are done waiting and they’re willing to face pushback and condemnation from anyone, their courage amazing as they lean into such opposition. They are to be commended for choosing inner truth over specious religious and social conventions.

The man married to a woman who has disclosed that he’s gay must contend with the stress of impending divorce, the possibility of losing his children, of very likely having to move out, and his accustomed lifestyle definitely being upended but also pandemic confinement. He and his family are now doubly trapped by the “stay at home” directive or total lockdown.

There’s no way to escape the 600-pound gorilla that just moved into their mandated home confinement. It’s going to plop itself down in the middle of every interaction 24/7, permeating the very walls of their home with its pain, confusion, disbelief, anger, disappointment, frustration, and fear.

Day in and day, out every family member is going to have one thing on their mind. For everyone involved, it’s going to be a new level of hell, purgatory, and limbo jumbled together.

For the husband-father, his coming out is going to be a time of straddling two worlds as he struggles to leave the known world behind while stepping into the unknown, the uncertainty of whether he’ll survive and flourish or not, the terror of not knowing whether his family will still like him, love him, still want him in their lives. He’ll want to keep some semblance of what was “the family” still alive, a type of anchor in a world turned upside down.

For his family, though, it’s going to be an earth-shattering upset they never asked for as they try to grok just who this man-father-husband is. They thought they knew him, understood his vision, purpose, values, placement in their lives. Apparently not.

Now the husband-father has become an enigma, a criminal of sorts for having lied to the entire family and manipulated their hearts, for having hidden behind a mask, for enacting the ultimate deceit of portraying someone he’s not. The family will question their entire history with him wondering whether any of it was real or an act. They’re going to feel cheated, betrayed, humiliated, stranded and abandoned. Hearts are going to be shattered, possibly for good.

It’s not a pretty picture. But, believe it or not, there is an upside. Again, it’s not something anyone in the family outright asked for though it has within it the vast potential inherent in dropping facades, dissolving illusions and delusions, and redefining oneself based on the integrity and honesty found in being authentic.

A gay man who opts for marriage within the heterosexual lifestyle does so for myriad reasons, none of which is based on authenticity, none based on the inner truth of who he is in his heart and soul. To deny that is to turn his back on his God-given uniqueness and inner light with which he is imbued. How extraordinary, then, to deny the delusions of human conceit and deceit to instead be who he truly is.

A family going through this process will feel as though they’re on a roller coaster, emotions flying in all directions and not knowing whether they’re coming or going. It’s very discombobulating. Yet, if the family works to support each other through all the ups and downs, the indecision and the fear and heartache, they will each grow immeasurably. It will take a lot of guts, grit, and stamina on everyone’s part.

What it will also take is the development of a new trust in each other. That’s going to be very hard to come by with the husband-father because he is the one who betrayed the family’s trust in him and initiated their distress. Be that as it may, again, this is an opportunity to reset and rebuild the family’s operational dynamic and understanding of who not just the husband-father is, but each family member.

The other challenge for the entire family is that of surrender, the letting go of what was, the relinquishing of fallacies, fictions, and delusions concerning family and love. The expectations of social conformity will also need to be dispensed with and seen for the enslaving shackles that they are.

Another way of describing this unique family opportunity is that of a gift, the gilded societal cage door opened wide so that no one need be trapped anymore by erroneous manmade conventions, restrictions, and dogma of any kind. It will be like running the gauntlet hampered by plenty of doubt and distrust — but it can be achieved, and the reward is great.

COVID-19 or no COVID-19, confinement or not, for the married man coming out, it is truly a time to spread his wings, to find himself anew, to shine his inner light, unfettered and free. Hopefully, his family will choose to soar with him. Such is the reward of authenticity.