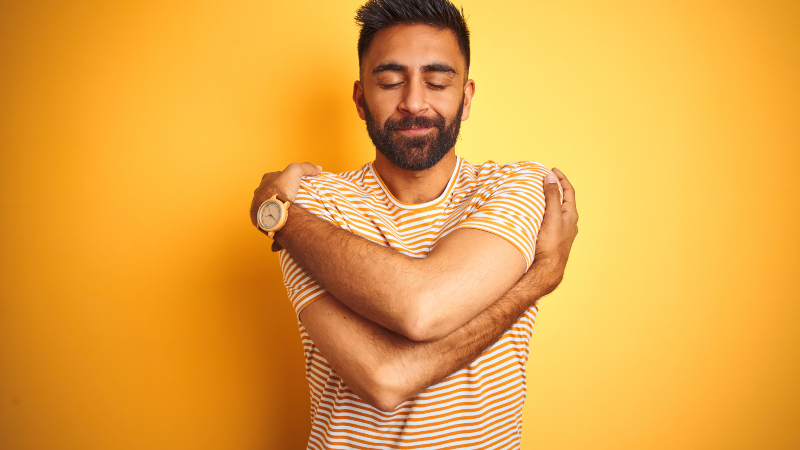 I’m a big fan of NBA Superstar Lebron James, who plays for the Los Angeles Lakers. In 2003, Sports Illustrated anointed 17-year-old Lebron the “Chosen One” on its cover. Coming out of high school in Akron, Ohio, the Cleveland Cavaliers selected Lebron as the 1st overall pick of the 2003 NBA Draft. Since then, Lebron has perhaps even eclipsed the hype.

So far in his future Hall of Fame NBA career, Lebron has 4 MVP Awards, 3 Finals MVP Awards, and 3 NBA Championships. Lebron has lead his teams to 9 consecutive NBA Finals. That’s unheard of since the days of the legendary Bill Russell. In 2020 following injury in 2019, Lebron has the possibility of making 10 NBA Finals.

At 35 years old, the 6’ 9”, 250-pound chiseled Lebron might be the greatest athlete on Planet Earth, at least in my estimation. He’s a physical phenom. Like his friend and mentor the late Kobe Bryant, Lebron works harder than anyone to be the greatest basketball player he can be, every day. One summer he trained with the Hall of Fame Center Hakeem Olajuwon, who taught him to play the low post position. This year he worked on his 3-point shooting. So far this season he’s averaging 34% from 3-point range. Still, at age 35, Lebron can drive strong to the basket and dunk on any defender. He might be the greatest passer in the NBA, leading the league in assists.

Lebron has deep love and respect for the game of basketball, his first love. Like the late Kobe Bryant, he’s the basketball savant. He recognizes and analyzes the opposing team’s defenses. I awe at his photographic memory recall during post-game press conferences.

So, is Lebron James the next NBA GOAT (Greatest of All-Time)? 6-time NBA Champion Michael Jordan is the recognized GOAT. Standing on the ‘Mount Rushmore’ of the NBA there are Michael Jordan, Kareem Abdul Jabbar, and Lebron James.

I’m as old as Michael. So I’ve seen Michael, Kobe, and Lebron all play in their prime and past their twilight. Although, Lebron might still be playing some of his best ball now. Perhaps, because he plays with Anthony Davis, who like Lebron is one of the 5 best players on Planet Earth.

Not surprisingly I’m in the minority, maybe even sacrilegious: I believe Lebron is the GOAT. I believe that greatness exists in the present. Not in some romanticized memory of the past.

Lebron is maybe the most iconic sports figure on Planet Earth. He leverages his powers for good like teaching kids to play basketball in the off-season in China. Lebron is the dedicated husband and father. The son of a single Mother, Lebron built the I Promise School in his hometown of Akron for underprivileged kids, mostly African American. If the kids do well in school, keep their grades up, they get a full scholarship at Ohio State University. Bless Lebron. Bless the children. Lebron is a Good Man.

When asked about his place in NBA History, Lebron said, “I want to be defined by what I do off the court.” Amen. Lebron consistently works to be the greatest player he can be. I believe Lebron doesn’t really care if he becomes the GOAT.

Years ago, Mizukami Sensei told me that he really didn’t care how I trained in the Dojo. It was more important to him, who I was outside the Dojo, in the real world. Lebron sees his legacy in using his sphere of influence to make a profound difference in the world. It’s more important to Lebron to be the GOAT human being. He is well on his way in that.

Despite all the accolades and service to his communities, Lebron has his haters. Like me, ESPN’s Stephen A. Smith has mad love and respect for Lebron as an athlete and a man. He acknowledged Lebron nearly flawlessly career, except for “the Decision”. Stephen A. said it’s “the one stain’ on his astronomical career.

On July 8, 2010, Lebron announced that he was leaving the Cleveland Cavaliers to join Dwayne Wade and Chris Bosch with the Miami Heat in South Beach. This was the gaudy ESPN primetime special, entirely self-indulgent, all about Lebron. “The Decision” was tasteless, arrogant, and yes, stupid. Just saying.

That being said, Lebron was 25 years old at the time. My best friend, John, begrudges “the Decision.” I said, “I forgive Lebron. He was young and stupid. We all have been…” My Lord, I’ve been young, and so stupid, too.

When I was 26 years old, I moved to Los Angeles after graduate school for my first job as an Engineer. My high school friend Frank reintroduced me to Royanne. Royanne and I had gone to junior high together. We shared an English class with Mrs. Morimoto in 8th grade. Royanne was kind of a ‘tomboy’ and a happy, free spirit. So unlike me, the nerdy tense fat kid.

Royanne was an attorney for a Los Angeles Law Firm in the Wells Fargo Building. That was the TV show “LA Law” building. Royanne was so very smart, beautiful, and unintentionally hysterical. We got to hang out in Los Angeles. I liked her so much.

I had my first grown-up date with Royanne. I was socially inept throughout high school and college. Amazingly, I was able to get tickets for the preview showing of “The Phantom of the Opera” starring Michael Crawford. Yeah, I didn’t know what a big deal it was at the time. I asked Roy if she wanted to go. She said, “Yes!”

I picked up Roy in Downtown, she was working in the office that Saturday. She wore this pretty orange-pink dress. She looked so beautiful. She was beautiful. We had dinner at her favorite Chinese restaurant nearby. Then we headed off to Ahmanson Theatre.

“Phantom” was my first musical. Roy cried during the show. We loved it. I think I started falling in love with Roy then. Unfortunately, she wasn’t in love with me.

Still, we would spend time together. Roy was just good people. My fondest memory was when I helped her move into her new place near Pasadena. Roy rented a big moving truck. I followed behind in my car. That night there was a sig alert on the 110 – all traffic was stopped. So Roy and I stood outside our cars and just talked, about nothing in particular. It was just nice. Too bad it didn’t work out for us.

I suffered when Royanne left. Not wanting to experience that kind of heartache again, I didn’t date for years. Yes, I’m not handsome. I’m short. I think I used that more as an excuse. I just did not want to get my heartbroken, again. Yes, I was young and absolutely stupid.

Like Werner Erhard, I only tell stories that end well. Royanne married a man she was in love with, and they had a family. I believe Roy is Chief Corporate Counsel for a Fortune 500 company. I believe that she’s happy. And that matters.

I’m happy too, having gone through my own trials and tribulation, resolving my childhood and really learning to love and forgive myself. Looking back, I can forgive 26-year-old Jon for being young and stupid. Rather, I can forgive myself for hating on me way too much, believing that no one was ever going to fall in love with me.

Being older and maybe a little wiser, I can forgive the young and stupid, having been there. We may not always get what we want. Hopefully, we end up getting what we need. One of those things is being kind to myself. Just saying. Amen.

Facebook12Tweet3Pin1EmailShares16
wpDiscuz
Share this ArticleLike this article? Email it to a friend!
Email sent!