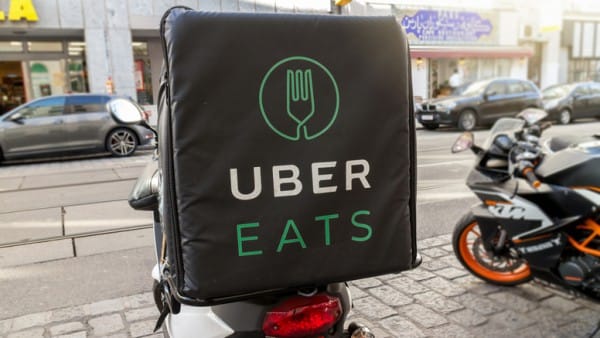 Assembly Bill nº5 of the State of California, known as AB5, is about to be signed by state governor Gavin Newson.

What, you might ask, is so important about AB5? It establishes a legal framework for the gig economy, which much of the time involves employing so-called freelancers to do a whole bunch of things on a full-time basis without any of the rights and protections they would enjoy if covered by a full-time contract. When approved on September 13, the hope is that many other states and countries will follow suit with similar legislation.

The gig economy is pretty much a polite way of saying “exploitative economy”, whereby employers are able to make a profit by not having to pay for stuff like social security or insurance. If having a food delivery team is too expensive, hire them as freelancers, and they pay for their own vehicles, take unpaid holidays and if they get killed while out on the road, or fall ill, that’s their problem. Still, that’s basically how any number of recent highly successful entrepreneurs have made their fortunes.

In reality the difference between somebody who is a freelancer, self-employed or an independent contractor and an employee is perfectly clear, which is why so many high-profile companies working in the gig economy have been hit with one legal ruling after another establishing their responsibilities to the people they employ on de facto full-time basis. All that the California AB5 aims to do is establish the difference between employees and the self-employed on three criteria. Somebody may be hired as a freelancer or an independent contractor when:

If people cannot set their fees, have no control over how they do their work and are subject to control systems such as customer peer ratings, they are clearly not independent contractors, whatever the company that hires them says and the only thing that company is doing is to take advantage of a legal loophole to save on the costs of having to pay them vacations, social security, etc. If your business involves driving a coach and horses through these loopholes, then you are not some glamorous entrepreneur of the gig economy, but instead a racketeer exploiting the vulnerable.

That said, there are situations where freelancers or independent contractors decide to offer their services to a company for a limited time and that do not provide their main source of income and that can legitimately be the basis of a service contract. But as we all know, this is not what happens in most cases and is certainly not the basis by which those high-profile companies mentioned above have been able to grow. In reality, these companies have taken advantage of the fact that are a lot of people out there with little choice but to work under exploitative conditions. Some of those people may even insist on their right to work under these conditions, but that doesn’t change the relationship from what it is. I might insist on being somebody’s slave, but fortunately, the law doesn’t allow it.

After the entry into law of AB5, many of the companies we associate with the gig economy will now find their valuation subject to scrutiny and will be forced to change their plans. The simple truth is that all businesses must be viable without detracting from the fundamental rights of those who participate in their value chain. If that makes your business unprofitable, if your business can only turn a profit by systematically infringing on the rights of others, then you don’t run a business, you’re not an entrepreneur: you’re something very different indeed.

This post was previously published on Forbes and is republished here with permission from the author.