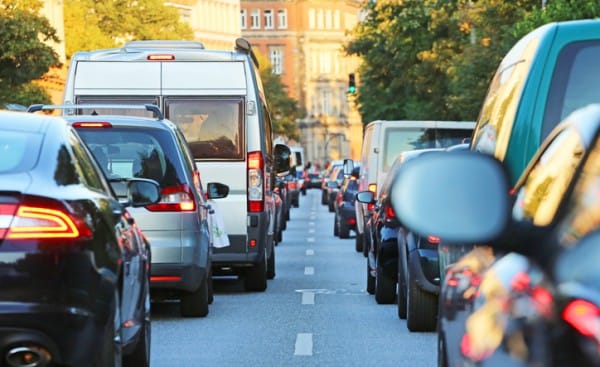 Faced with worsening traffic problems and increasingly aware of the climate emergency, more and more cities are exploring ways to manage their transportation systems within the concept of the smart city.

Reducing traffic requires proactive management. Cities of a certain size are increasingly aware allowing residents to travel unrestricted is unsustainable and only generates congestion and frustration and in response are reducing the number of vehicles on their roads through tolls or congestion charges, as well as restricting access to certain areas of the city.

This is the field of transport economics, founded in 1959 by John R. Meyer to study the distribution of transportation resources, which has strong links to civil engineering. It tends to be applied more in large cities, where competition for resources is greater and the problems arising from their mismanagement are critical. New York is one of the first major cities that proved that fleet-based transport systems were not a panacea and required centralized and proactive management: traffic jams in the Great Apple are mostly caused by taxis and as companies such as Uber, Lyft and the like entered the equation, traffic has worsened, which led to the establishment of limitations both on the number of vehicles and the amount of time they can circulate without passengers.

No solution works without centralized management. Approaches such as Uber, Lyft and the like have allowed us to move from an “era of scarcity” in transport, caused by licensing systems and to avoid the tragedy of the commons, to an “era of abundance” whereby competition and availability allow many more people to use transportation fleets instead of their private vehicles, but experience shows that when these companies are given total freedom when planning their fleets, they tend to make traffic levels in cities worse, not better. The decision of what is the appropriate number of taxis in a city is complex, and depends fundamentally on whether we want to minimize waiting times and improve service or maximize drivers’ income.

The situation in many cities is changing rapidly as players like Uber or Citymapper vie to manage urban transportation through information services or subscription plans, along with loyalty schemes that aim to change our habits. Citymapper, which already has experience in the management of traffic information in many cities, is pursuing an interesting strategy by doing what city halls themselves will have to consider doing and has already attracted the attention of Uber.

If we want more intelligent transportation solutions for our cities, we’re going to have to take a more proactive approach that involves all stakeholders. This will soon mean involve making real-time decisions about the number of private vehicles that can access a city at any given time through disincentives such as tolls, congestion charges or parking restrictions. At the same time the size of taxi fleets will have to be controlled in relation to expected demand, while other services, public transportation and traffic lights will be managed to facilitate traffic flows. These centralized control systems will be a constant in large cities in the future: fully integrated mobility platforms that include real-time data on any company offering transportation services. The city of the future is, in reality, an information system. In a few years, we will wonder how we lived without them.