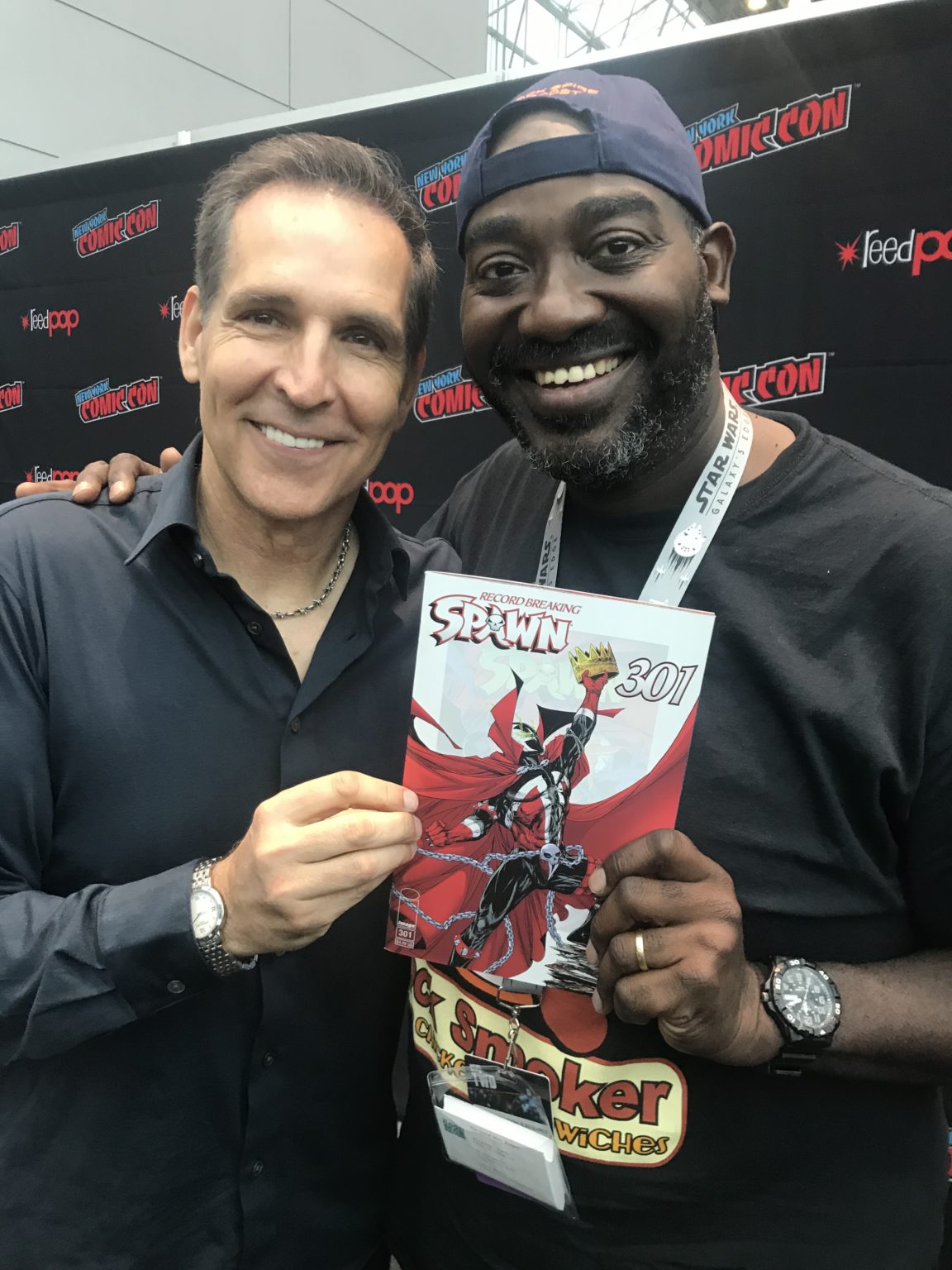 Creator owned. I don’t like using the word Independant because corporations can own “independent” [comic book] companies. I’m an advocate for creators. So for me it’s an individual created a book, and 27 years later, that same human being is still in control of the book. A cooperation don’t come along and buy them out. They didn’t sell out to a corporation.” -Todd McFarlane

In my interview at New York Comic Con 2019. I watched “The Toddfather” open a box full of Guinness World Record winners for the longest creator owned comic (27 years an counting)  #spawn301 took the crown for the longest-running creator-owned comic book of all time. McFarlane breaks this record with every new issue! Nobody will ever catch him!

Here’s the live video I shot of that moment-

Here’s the official description for the book- SPAWN MAKES HISTORY! With this 300th issue, SPAWN becomes the longest-running independent series in comic book history. To celebrate, legendary artists TODD McFARLANE and GREG CAPULLO return with ALL-NEW interior pencils, with additional art provided by JASON SHAWN ALEXANDER, J. SCOTT CAMPBELL, and JEROME OPEÑA, a cavalcade of celebratory covers, and additional writing by SCOTT SNYDER! And next month, RECORDS WILL BE BROKEN with SPAWN #301!.” 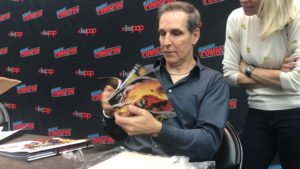 “I was there.!” Todd McFarlane’s first look at his record breaking issue of SPAWN 301! 👑

Todd point blank said he’s never going to stop. If you’re keeping up with the latest issues. McFarlane’s  plans to flesh out the Spawnverse is growing even more.

“I’m gonna be expanding the Spawn-verse, for lack of a better word, anyways, right? You know, ’cause again togging on 300, can you get to 600? Of course I can, and I’ve already sort of started mapping it out,”

Spawn also has the distinction of being one of the only titles available at the time if it’s inception, that featured a Black man as the lead character.

But as Todd explained, his powers and skill set were never defined by his race though Al Simmons unique perspective and motivation was one that resonated with Black comic book geeks like myself, even though Spawn was created and written by, as Todd called himself “a white boy from Canada”. As hi-light terrifically by an INVERSE article titled “Spawns Blueprint for Black Rage”

“Spawn isn’t a black comic so much as it’s a comic that recognizes that it’s main character’s experience as a black man is crucial to understanding the story.”

“Creator Todd McFarlane drenched Spawn in agitation and disillusionment. In a violent collision of realms both real and imagined, his comics targeted Marvel and DC for their negligent approach to creator compensation, the laziness in their work, and the played out good/evil binary that marks most superhero comics. When Spawn debuted in the ‘90s, he was a direct attack to the comic book status quo.”

During my lengthy interview with Todd, he related a story of early on in Spawn’s run, while traveling through an Airport that encapsulated his perspective on Race and his take on why Spawn was an affirmative force for positive change not only for creator owned characters, but for us underrepresented Black and Brown fans in the Superhero comic book mainstream.

You really should view the man in his own words below-

Today, Spawn has reclaimed his former human appearance and is recognized as black. Representation matters, and moving forward with his serial World Record run and the upcoming film featuring Mc Farlane’s Directorial debut, the future of comics longest running creator owned franchise looks brighter than ever!