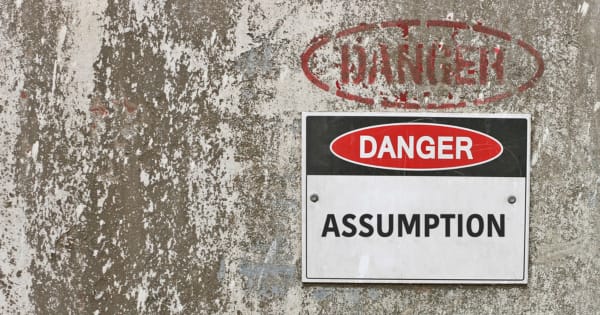 —
As I was driving through my neighborhood on the way to work yesterday, I noticed an African American man in a black hoodie standing in the driveway, talking on a cell phone. As I passed by, we locked eyes for a couple of beats.

I didn’t really think much about it. I just figured he lived there. But as I was driving, a thought struck me, “I wonder if he thought I was sizing him up, thinking maybe I was suspicious of him. Maybe he was thinking he’s a black man in a hoodie, and a white guy drives by and looks at him, and maybe that white guy is about to call the police.”

All this is running through my mind as I’m driving, trying otherwise to concentrate on a talk I had to give last night. But then I think, “Well, that’s ridiculous. I’d never do that. I assume he’s just a guy outside his house talking on a cell phone.”

But then I think, “Yeah, but he doesn’t know that. He has no idea what I’m thinking.”

So, my inner voice gets defensive and says, “If I were in his shoes, I wouldn’t read anything into that visual exchange other than that two guys happened to see each other for a few seconds. I certainly wouldn’t wonder if he was suspicious, about to call the police on me. I mean, if you treat these kinds of chance encounters as fraught with nefarious meaning, aren’t you being a little bit paranoid?”

Then another thought pops into my head: “Well, of course, I can afford to take for granted that these sorts of exchanges are innocent, freighted with no larger sociological meaning. Nobody’s ever called the police on me, after all. I can afford to assume that strangers don’t mean me harm, because in my experience they rarely ever have. But the way our world works, he can’t afford to take the situation so casually. Too many people of color have found themselves caught up in the ugly consequences of suspicion, the immediate assumption of guilt.”

It takes a great deal of privilege to walk through life assuming that because you’re innocent, the world will automatically treat you as innocent.

It’s quite a bonanza of good fortune to believe that your experience of the world corresponds to everyone else’s experience.

That’s how people in power can say things like, “The disproportionate incarceration of black and brown bodies can probably be explained by the fact that maybe they just commit more crimes. There doesn’t have to be anything sinister going on.”

Or, “He was just trying to pay you a compliment. Why are you making such a big deal out of it?”

Or, “So, the same security guy kept showing up wherever you went in the store. That doesn’t necessarily mean he was suspicious. Why are you being so paranoid?”

Or, “There’s probably a very good reason that the boss showed up at your house in the middle of the night wearing bikini briefs, holding a half-empty bottle of scotch. Why do you always have to read something into every little thing. You’re so sensitive.”

People like me can afford to go through life taking these kinds of events for granted because we’ve never been harassed or profiled. Maybe other people are just making it up in their heads when they say they have been harassed or profiled. We almost never understand another person’s motivations, so we often project our own motivations onto others, supposing theirs to be about the same as ours. If we’re wrong, and people actually are the target of racist, xenophobic, or sexist motivations, it doesn’t have much of an effect on us personally.

That’s where people who claim to follow Jesus ought to start having some problems. Just because we fool ourselves into thinking we can come through this stuff unscathed doesn’t mean we actually can ignore other people’s oppression with impunity. “That’s not my problem” as a response to other people’s pain not only fails to be a Christian response, it’s a completely uninteresting one—since it requires nothing more than a retreat into what Iris Murdoch called “our fat relentless egos,” which are thoroughly tedious.

The Apostle Paul uses the metaphor of a body to suggest that we’re inextricably joined together in ways that don’t immediately seem apparent to us—preoccupied as we often are by whether or not the Kardashians are at war.

Paul rightly points out that if one part of the body is sick or injured, the whole rest of the body experiences that misery together. That we don’t experience the misery afflicting our neighbors, then, says more about our ability to ignore the pain that eats away at the core of our intersubjectivity than about whether or not injustices visited upon other people actually affects us. Paul says they do.

Somebody’s liable to say, “Well, Paul was using that metaphor to talk about the church. It’s not applicable to people outside the church.”

Really? You’re going with that? Just because somebody’s not a Christian, empathy is irrelevant?

I seriously cannot imagine trying to persuade Jesus that that’s what he had in mind when he announced the great reversal of the reign of God.

No, I imagine that reality requires that people who have so much to take for granted quit taking for granted that everybody else also has the luxury of that same take-for-grantedness.

Or, to put a finer point on it, we need to exercise our moral imaginations and think about the world other people actually live in—and not just our fantasy of it. Jesus made a whole life of it.
—

Facebook24Tweet1PinEmailShares25
wpDiscuz
Share this ArticleLike this article? Email it to a friend!
Email sent!